First, we are changing the starting characters for new players who enter the game. While the initial characters in the game made sense for where we were five years ago, we’re excited to change these up for characters that should be immediately recognizable for anyone with a basic knowledge of Star Wars, as well as setting up new players for better success throughout Galaxy of Heroes. Most of us have fond memories of unlocking Jedi Consular, but he doesn’t feel particularly relevant in today’s game.

Here is a list of characters we are swapping out of the early game experience:
In addition, we have also changed the unlock levels for the following units:
While these changes won’t impact most of you reading this, what you will notice is that many of these characters also received an update to their model in order to bring them up to the quality of recent characters. 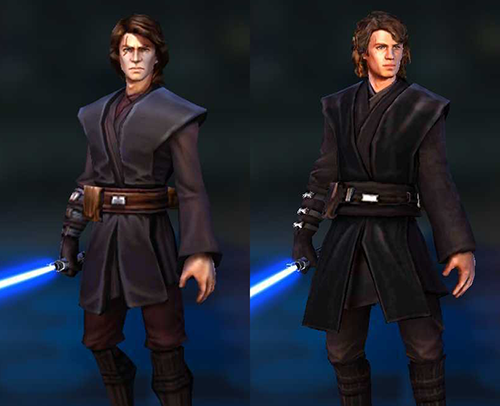 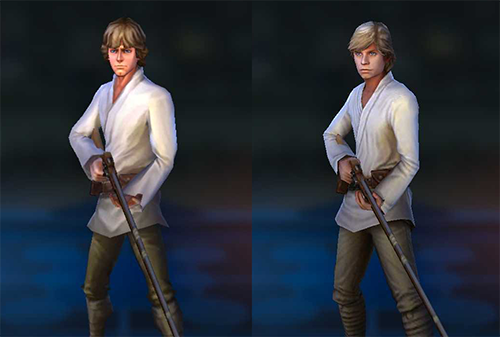 As part of these changes, the following characters will be credited to all players accounts at their new minimum Star levels:
NOTE: Players who have these characters unlocked already will not receive the shards or shard shop currency for these characters.
NOTE: Luke Skywalker (Farmboy) is not included on this list because he is one of the original early game experience characters.

Finally, it is also important to note that we have shuffled around a few early game drops to include the new starter units in order to maintain a smooth early game experience:
Light Side Hard Dark Side Hard
Cantina Battles
Shipments
Update To Quest System

Second is an update to the Quest system which teaches players through the general game systems and how to use your abilities in battle. The initial line of Quests have been updated with new goals and rewards to provide new players with a more guided experience. In addition, many Quests have been migrated over to Achievements to make the Quest Log a bit more manageable.

There is also a new system that shows players updates on their Quest progress. If you are in the Cantina, at the end of a battle, or anywhere else in the game, you will see progress that you have made towards a Quest slide out from the left hand side of the screen.

Third, we have added a few Quality of Life improvements to the game:
Last but Not Least

This Title Update also contains bug fixes and a whole bunch of other changes so check out the Update Notes for a full list. Stay tuned to the forums for information on the next Title Update, Squad management tools!

Thank you for reading and see you on the Holotables!