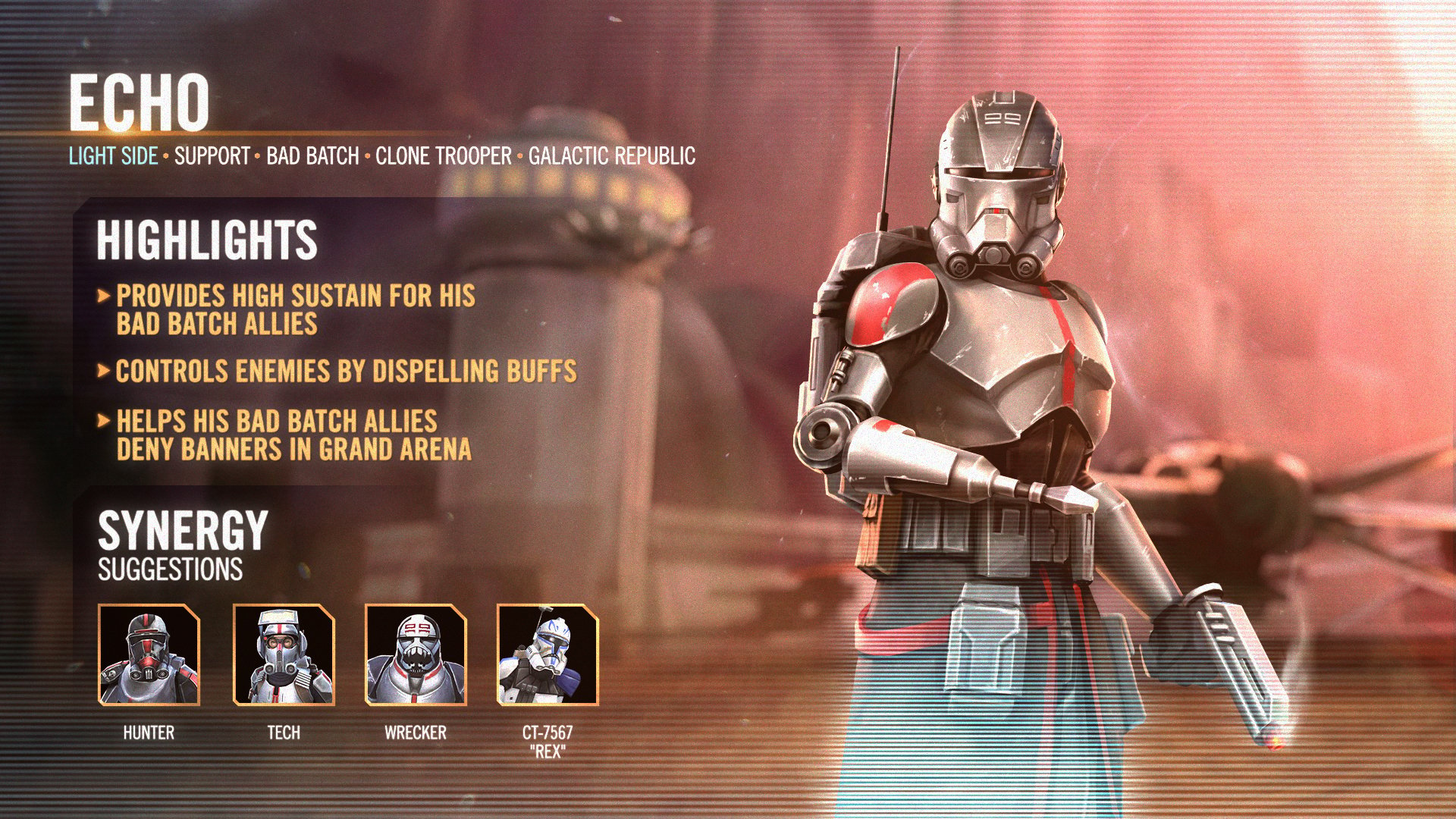 Echo of Clone Force 99 has joined the Holotables! Echo started off as a clone trooper that liked to stick to the rules and do things by the book. He earned his nickname by compulsively repeating his orders and regulations but was captured in a daring raid on the Citadel and thought to be lost forever.

His comrade and commanding officer, Captain Rex, never had any doubt that he would survive and later found Echo captured and modified by the Separatists to provide clone battle strategies to the droid army. Once Echo was rescued from this terrible fate, his knowledge of the Separatist forces helped his squad stay One Step Ahead. His Special ability, One Step Ahead, weakens his enemies and increases the target enemy's cooldowns by 1 if he also targets a Bad Batch ally. After recovering from his ordeal, Echo was no longer the clone trooper he used to be and joined the ranks of the Bad Batch as a trusted and unique member of Clone Force 99.

The Basics:
Unique Attributes:
Echo’s Unique is... unique - One That Survives triggers when a unit gains or loses a Bad Batch Buff which includes when those Buffs expire.