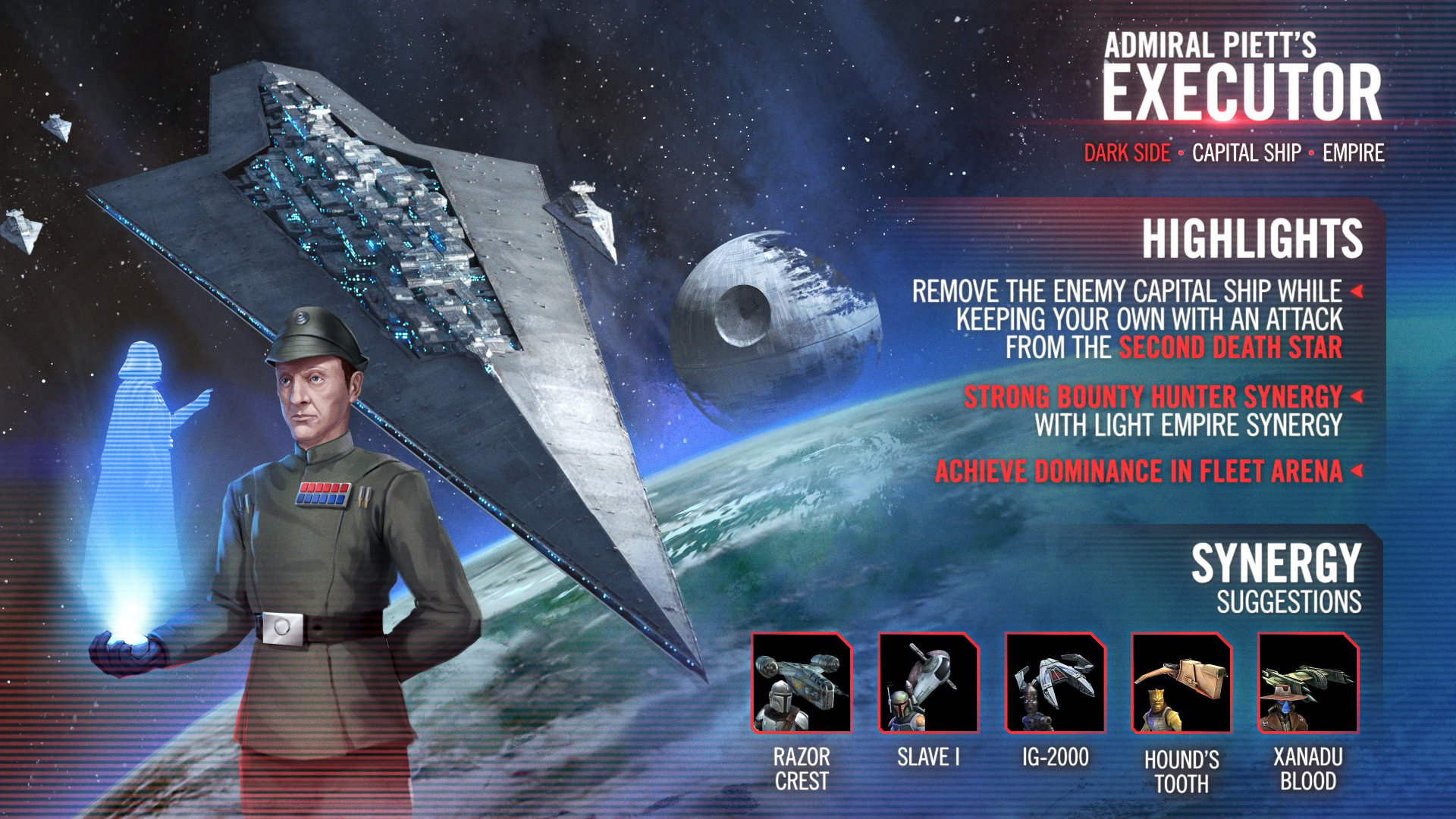 The Bounty Hunters are getting a Capital Ship to lead them into battle on the Holotables! One of the largest and most powerful Imperial vessels ever created, the imposing Executor led the way for the Empire at both the Battle of Hoth and Endor. Under Admiral Firmus Piett, the Super Star Destroyer struck fear in the hearts of enemies before it met its demise by plummeting into the Death Star.

In addition to the ability to destroy the enemy Capital Ship and stun all enemies, the Executor can dispel Outmaneuver and Stealth on enemies and debuffs from Bounty Hunter allies. The all new buff, We Don't Need Their Scum, creates some fun interaction between Empire and Bounty Hunter ships, and the Executor allows Bounty Hunters to inflict Target Lock on the targeted enemy whenever they deal damage via their Basic ability. Breach synergy is abundant, as all Bounty Hunter allies are called to assist against an enemy with Breach.

Achieve dominance on the Holotables by adding the Executor to your ships roster through the all new Journey Guide Fleet Mastery event!