Conquest 7 begins August 30th and brings a thoroughly refreshed experience to the holotables. Next week you will find new bosses, Data Disk, Consumables, Feats and a fresh reward unit, Maul! There are many topics to cover so let’s dive in.

Goals:
Conquest 7 is our first big refresh of the entire Conquest experience. Our goal is still to regularly make these kinds of changeups, but being a brand new feature, the first set of Conquests focused on fixing launch bugs and gathering data. Getting Conquest ironed out and then building our plans to update the mode took a little longer than we expected this first time around. After reviewing the data from the the first few events and Hard Mode, we started on reworking the experience so we could release an update as soon as possible. With our initial launch behind us, Conquest 7 was the best time to mix up the formula and we hope to make around this level of alterations approximately every 3 months going forward. This Conquest will be one of the most challenging yet and is designed to challenge a broad roster.

In addition to updating the experience, this Conquest also seeks to address some of the issues we have seen in past events. We designed Conquest as an event that players would engage over the course of 2 weeks but we found that most players could rush through the event in the first few days and then went back to clean up a few feats afterwards. That was the extent of their engagement for the entire 2 weeks and there was little reason to continue playing this mode.

The first thing we considered was making the battles harder but that would have locked out a number of players from participating and didn’t really address the issue long term. Instead of increasing the difficulty of the encounters, nodes will now cost more energy to battle and there is a bigger focus on completing a variety of new Feats. While the time needed to complete Conquest will increase, we also want to begin to offset this by reducing the time commitment in other parts of the game. As part of the update with Conquest 7, we will be making all Assault Battles simmable if you have reached 3 Stars and in the future, we are looking to make Heroic Sith Triumvirate Raid simmable if you have reached certain requirements.

What’s New:
There are too many changes to list here but one of the most important changes is that Data Disks no longer require Conquest currency to swap out. Data Disks can be swapped using Conquest Energy instead, which allows players to change up their strategy without jeopardizing progress towards the reward unit. This keeps swapping Data Disks meaningful as Conquest Energy is increasingly valuable this time around but allows for much more flexibility. 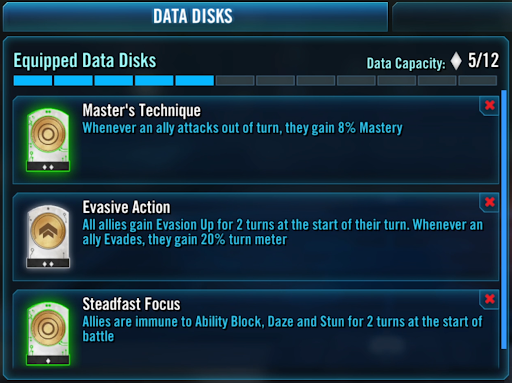 One of the first things you will notice is some changes to the structure of the map. We have reworked the order and which nodes you will encounter in each Sector. There are new mini bosses in the middle of each sector and the bosses at the end of each encounter have changed along with many of the feats for these battles. 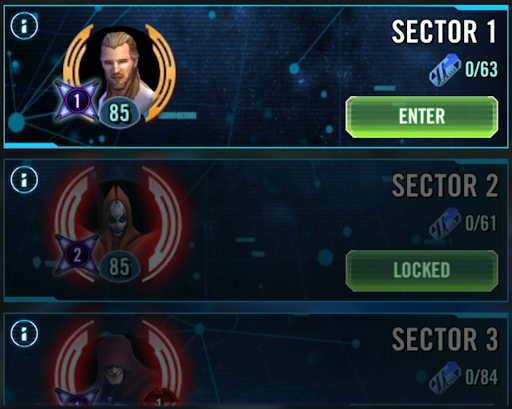 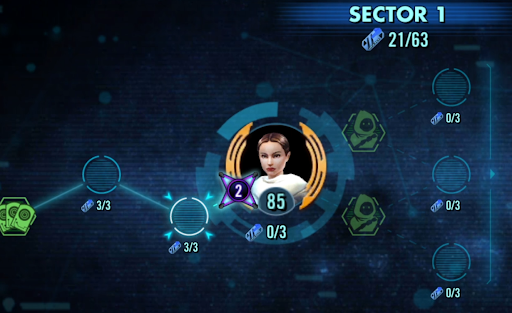 The most exciting changes related to gameplay are the new Data Disks, Consumables, and Feats. We have swapped out some of the older Data Disks for new ones but you’ll find a few old favorites (sorry Deployable Cooldown Systems, you didn’t make the cut). In addition to many of the previous Consumables, there is a new set of Consumables that are focused on a specific Faction. We will leave it to the community to discover them all but here are a few of new ones.

Consumables:
Data Disks:
This update brings a ton of changes to Conquest and we will be reviewing your feedback and the data from this event very closely. Thank you for reading and we hope you enjoy the refreshed Conquest experience.