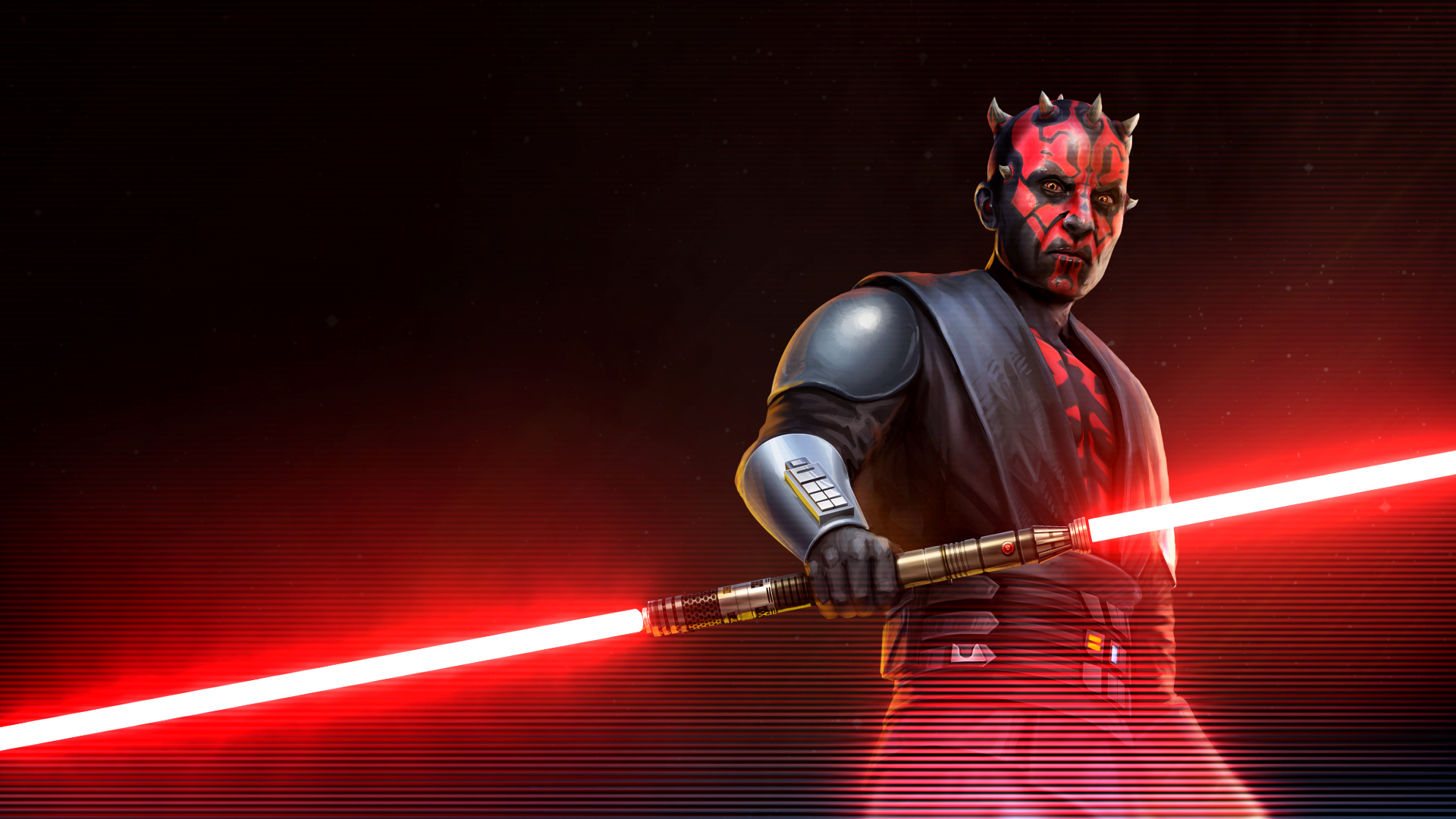 In addition to the third and final set of Lord Vader requirements, today’s update contains Conquest 7, Maul, a character shard acceleration, some news about double drops, simmable Assault Battles, a few issues are fixed, and more!

In addition to the below updates and known issues, the September Event Calendar has been posted to the Forums here.

Character Changes
Last week marked the return of Relic materials for the characters who will be experiencing a kit change. This week the actual changes go into effect. For more information, go here.

Lord Vader and Double Drops
In celebration of the newly announced Galactic Legend Lord Vader, all Fleet and Cantina battles are rewarding double drops on August 28th and August 29th! The third and final set of Lord Vader requirements can be found here.

Conquest 7
Conquest 7 is ready to go and Maul is the newest Conquest unlock! Find more information about Maul and how to add him to your roster, check out the Characters and Ships section below. Also, Mods and Mod Slicing materials have been increased, and Carbonite Circuit Boards have been added to Conquest rewards.

"A Distant Echo" Pack Shards
Players who purchased the “A Distant Echo” pack prior to the bug fix addressing pack probabilities should be receiving 10 shards of each Echo for each pack purchased.

Executor Update
The following changes were made to Executor:
CHARACTERS AND SHIPS