How can I progress as F2P?

I am seeing far stronger people in both Arena and Galactic War. I am talking about +4k power level. In fact, I can see the same exact Pheonix Squad with lower power, but ONE character has a higher level star rating and it wins


I have been patient. I have spent almost a month building Pheonix Squadron...and I am stuck. Before I hit level 50 I could clear the entire War bit...and now I see level 70s: 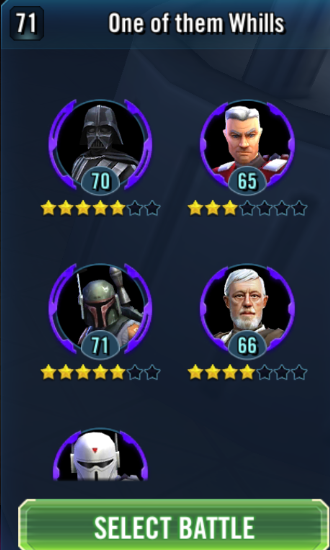 I am level 54....should I be seeing these kind of powerful people? How am I supposed to progress in this game when I see nothing but 20 levels above me? What use is playing this game f2P?

What have I done wrong? What am I supposed to do?

I spent an hour or two making this short post. I am used to researching and figuring things out on my own. But this game? It truly feels like if I just spent money I would bypass all this frustration....which no game should invoke......