Lore:
Born on Jakku in 42 BBY under the name Galli, Rax was a child when he met Sheev Palpatine, who took Galli as his protégé, and arranged for Galli to have Imperial training and education. Sometime during his training, Galli adopted the name Gallius Rax.

Following Palpatine’s death at the Battle at Endor, Rax set into motion the Contingency (the planned destruction of the Galactic Empire.) From the shadows, Rax leaked information to the New Republic under the codename Operator, undermining the Empire and resulting in several New Republic victories.

Following the Imperial attack on Chandrila, Rax took the remaining Imperial forces to Jakku, where they became more violent and ruthless, in preparation for the impending New Republic attack. When the New Republic arrived, Rax made plans to detonate Jakku’s core to destroy both the Empire and New Republic, while Rax and a few select Imperials would depart into the Unknown Regions. However, his plans were disrupted by Norra and Brentin Wexley, and Rae Sloane. Following a struggle resulting in the deaths of Brentin Wexley and the mortal wounding of Rax, Sloane took Rax’s place on the Imperialis, and rebuilt the Empire into the First Order. 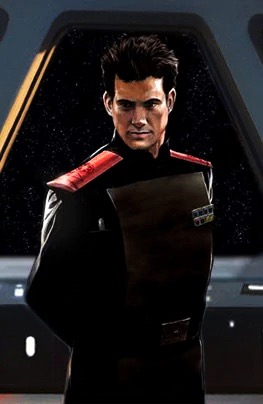 Basic: Ruthless Strike (Omega):
Deal special damage to target enemy and dispel all buffs on them. If they had no buffs, inflict Defense Down and Speed Down for 1 turn.

Special: Pulling the Strings (Cooldown 4) (Omega):
Dispel Foresight and Stealth on all units, and Gallius Rax gains Stealth for 2 turns. Then, deal special damage to all enemies, and call all other Imperial Remnant allies to assist (dealing 20% less damage). Additionally, all other Imperial Remnant allies gain Retribution for 2 turns, and all enemies lose 20% Turn Meter.

Special: Test of Strength (Cooldown 4) (Zeta):
Dispel all debuffs on allies and buffs on enemies, and they take damage equal to 5% of their Max Health for each effect dispelled on themselves. For each status effect dispelled this way, Gallius Rax recovers 5% of his Max Health and Protection, and Imperial Remnant allies recover Health equal to 50% of the Health recovered.

Units defeated by this ability can’t be revived.

Leader: Emperor’s Contingency (Zeta):
Empire allies have +25% Potency and +30 Speed. Additionally, they have +5% Offense (stacking) and -5% Defense for each debuff on themselves, and recover 10% Health whenever they gain a buff.

Unique: Shadow Emperor (Omega):
Gallius Rax has +10% Offense and +5% Evasion for each Empire ally. Additionally, Gallius Rax gains Stealth for 2 turns at the start of every encounter, and reduces his cooldowns by 1 whenever any unit is defeated.
“To defeat an enemy, you must know them. Not simply their battle tactics, but their history, philosophy, art.”

Thank you for evaluating. Your feedback has been noted.
Post edited by Xcien at 12:46AM
1