The premier of Speed Grand Arena is quickly approaching!

The tournament will feature content creators facing off against devs, and will pit teams against each other in a super-fast version of Grand Arena.

To get prepped for the fury, chaos, and competition, check out tonight's episode of The Escape Pod cast for their Speed Grand Arena Pre-Event show! They'll be talking to the teams about what they think will happen, who they want to square off against in the arena, and who they want to avoid in this Inaugural Speed GAC tournament. Tune in LIVE at 8:30 Eastern / 5:30 Pacific. 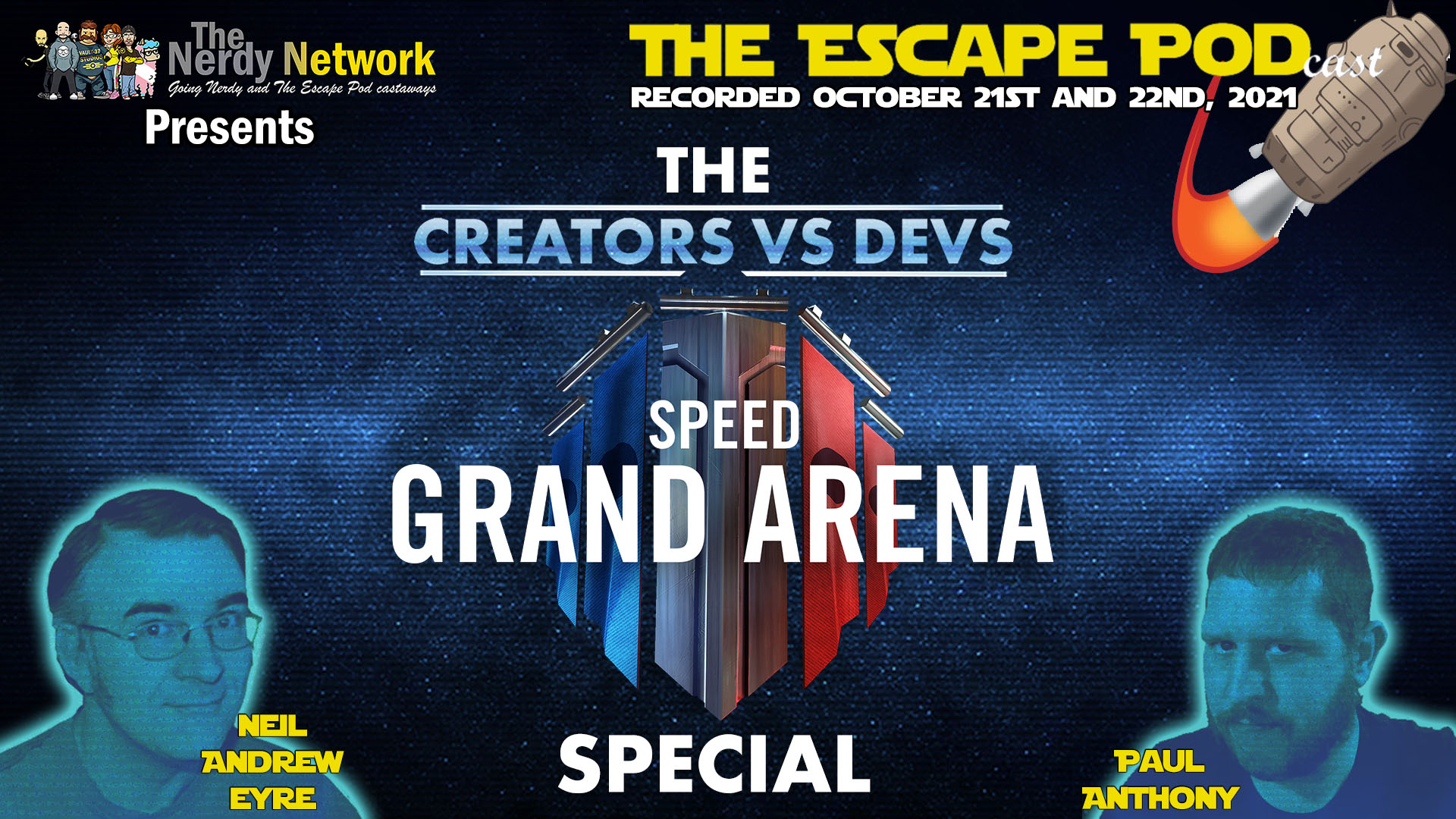