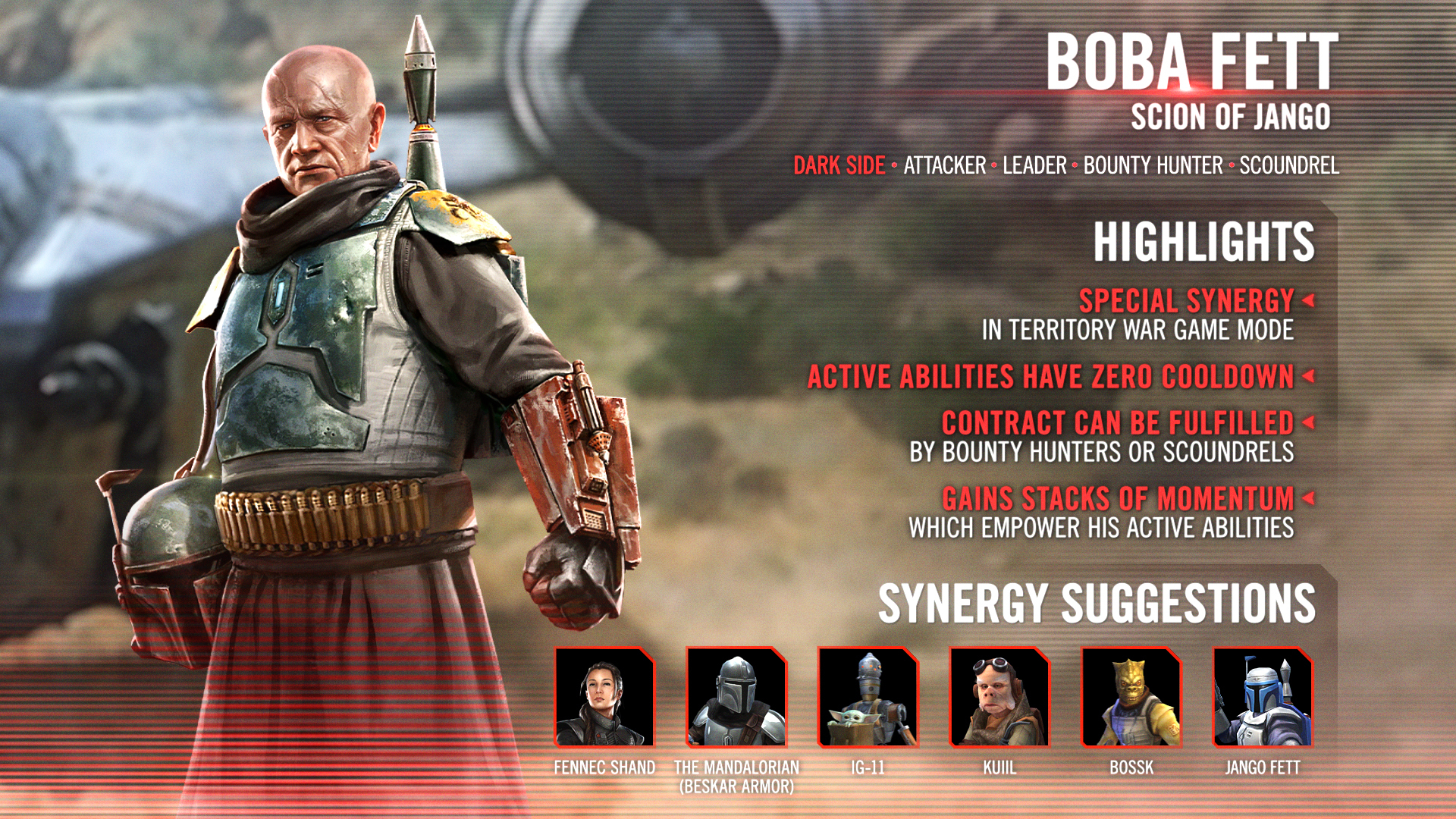 Boba Fett, Scion of Jango, the notorious Bounty Hunter, is coming to the holotables! Boba Fett, Scion of Jango will be the newest Conquest obtainable character, and also represents Star Wars: Galaxy of Heroes’ first character with mode-specific abilities. More information on mode-specific abilities and the new material, Omicrons, that unlock them, can be found in the October 2021 Road Ahead post.

In addition to Boba Fett, Scion of Jango and Omicrons, this release contains plenty more changes, fixes, and updates!

November’s login character is Young Lando Calrissian.
NEWS
Conquest 10: Easy Mode, Additional Path, and Event Pass
Conquest 10 is here! The mode has been revamped to place more of a focus on battles and less on feats. In addition to Normal and Hard, Conquest 10 will introduce Easy mode.

More information on the above can be found in the October 2021 Road Ahead post.

Omicrons Availability
Omicrons, the new material needed to unlock mode specific abilities, will be primarily available via Galactic Challenges. However, there will be opportunities to obtain them in other areas of the game (albeit not as readily as Galactic Challenges), such as Cantina nodes.

Omicrons will be added to the following nodes:
For more info on Omicrons and mode specific abilities, please see the October 2021 Road Ahead post.

Journey Guide Lore
Lore has been added to Journey Guide entries. Tap the "i" button to learn more about your favorite characters.

Daily Activity Bonus Gear Box
We will be adding an additional Daily Prize Box to the Daily Activity Prize for level 85 players. One of the following items will be randomly awarded when you obtain this Prize Box (equal probability of each):
With the following count probabilities:
Reward Calendars
In addition to the Daily Login Calendar, Reward Calendars are now available. Check out the October Road Ahead post and in-game store for more details.
CHARACTERS AND SHIPS