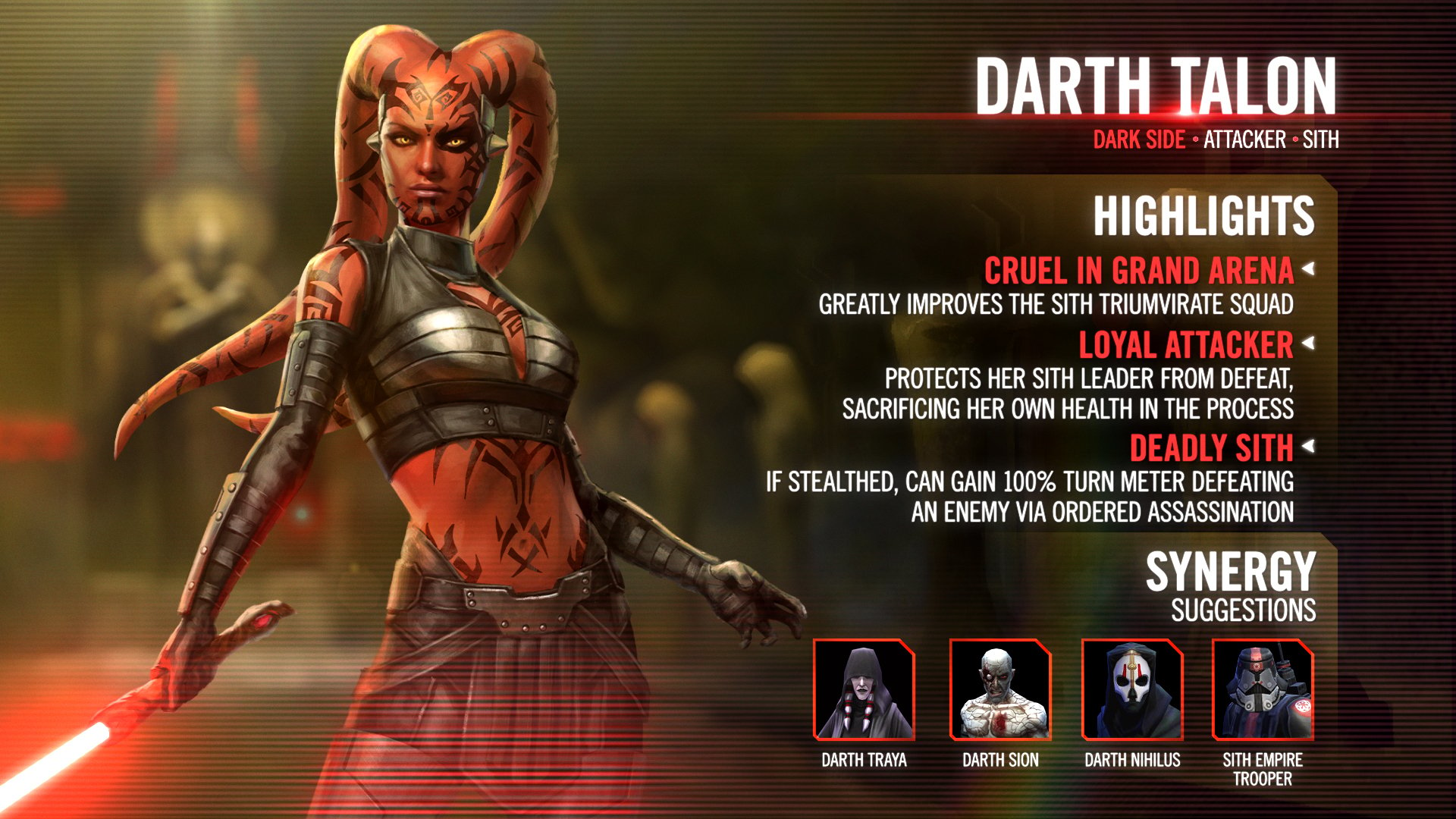 FINAL TEXT: Deal Physical damage to target enemy and inflict Ability Block for 1 turn. If the target was already debuffed, reduce the cooldown of Dark Frenzy by 1.

FINAL TEXT: Deal Physical damage to target enemy and gain Frenzy for 2 turns. If target enemy was debuffed, gain 2 stacks of Loyal Hand (max 20) and deal damage an additional time to all enemies.

Unique: PROVEN LOYALTY
FINAL TEXT (ZETA): If all allies are Sith at the start of battle (excluding summoned allies), whenever the Leader is damaged, all allies gain 5% Turn Meter. The first time they would be defeated while Darth Talon is active, they dispel all debuffs on themselves, recover 100% Health, and gain 100% Turn Meter; then, Darth Talon gains 3 stacks of Loyal Hand (max 20), loses 50% Health, and gains Stealth for 1 turn. Darth Talon cannot be defeated by this damage. Additionally, Dark Frenzy's cooldown is refreshed.

While in Grand Arenas: If target enemy is inflicted with Isolate or Pain, Darth Talon's attacks gain additional effects. Whenever Darth Talon defeats an enemy, all other Sith allies gain 5% Max Protection and 5% Offense for each stack of Loyal Hand on her.

Pain: Dark Frenzy inflicts Buff Immunity on all enemies for 2 turns. Darth Talon's attacks recover all allies' Health equal to 50% of the damage dealt, doubled for allied Darth Sion. Gain +20 Speed for the rest of the encounter (stacking, max 200) and 1 stack of Loyal Hand (max 20).
6