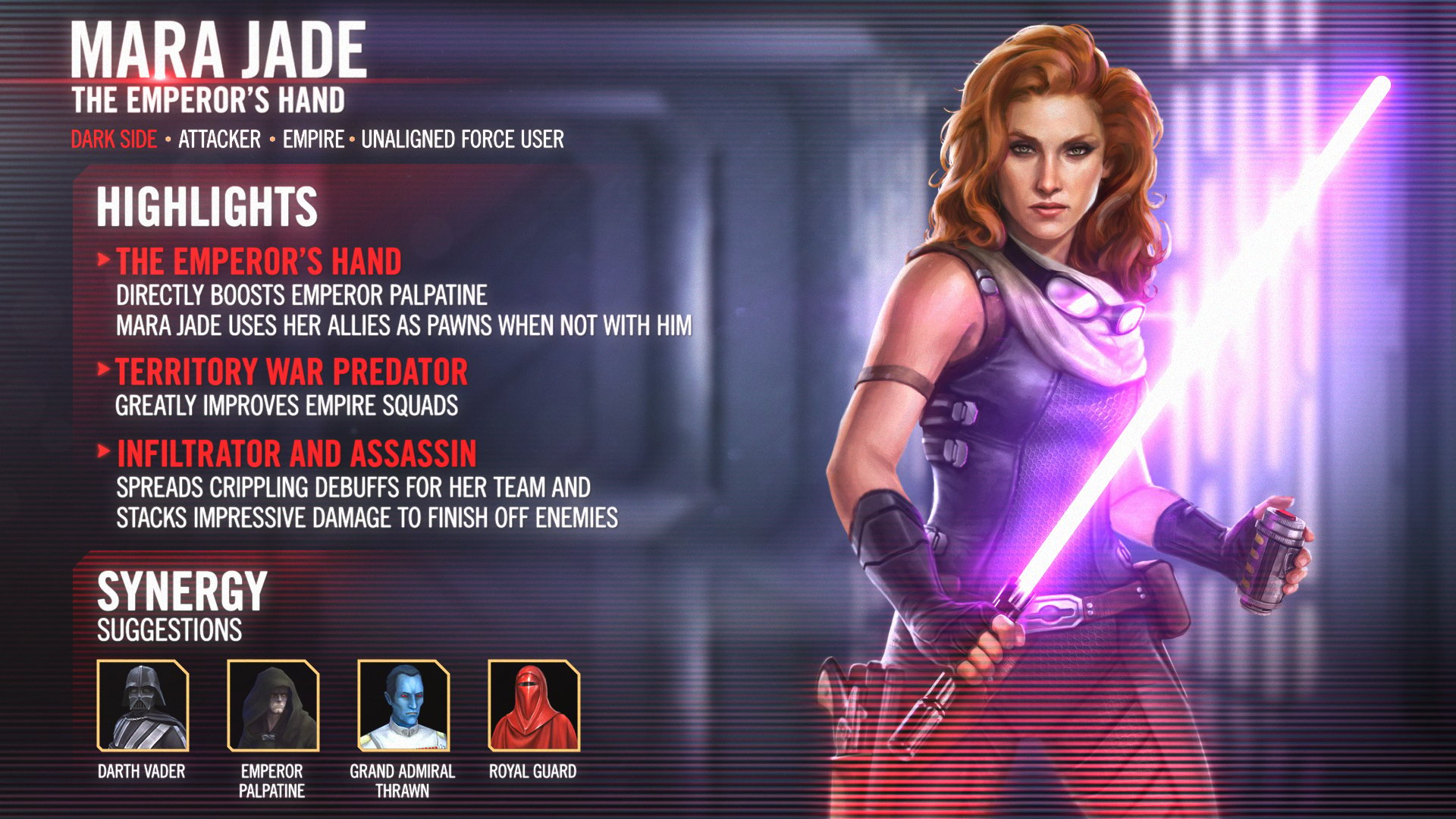 Mara Jade, The Emperor’s Hand, is making her way onto the holotables! According to legend, she served as the true hand of the Emperor at the height of the Empire, going after his foes, be they remnants of the Jedi or duplicitous Imperials.

Below, we take a dive into the developers’ motivations and inspirations while creating the kit for this fan-favorite character.

For more info and insights from the devs on this character, check out this interview with Operation Metaverse.

The Basics:
Unique Attributes:
Inspiration:
Strategy Tips:
FAQ:
4
Reply to this topic
Sign In or Register to comment.