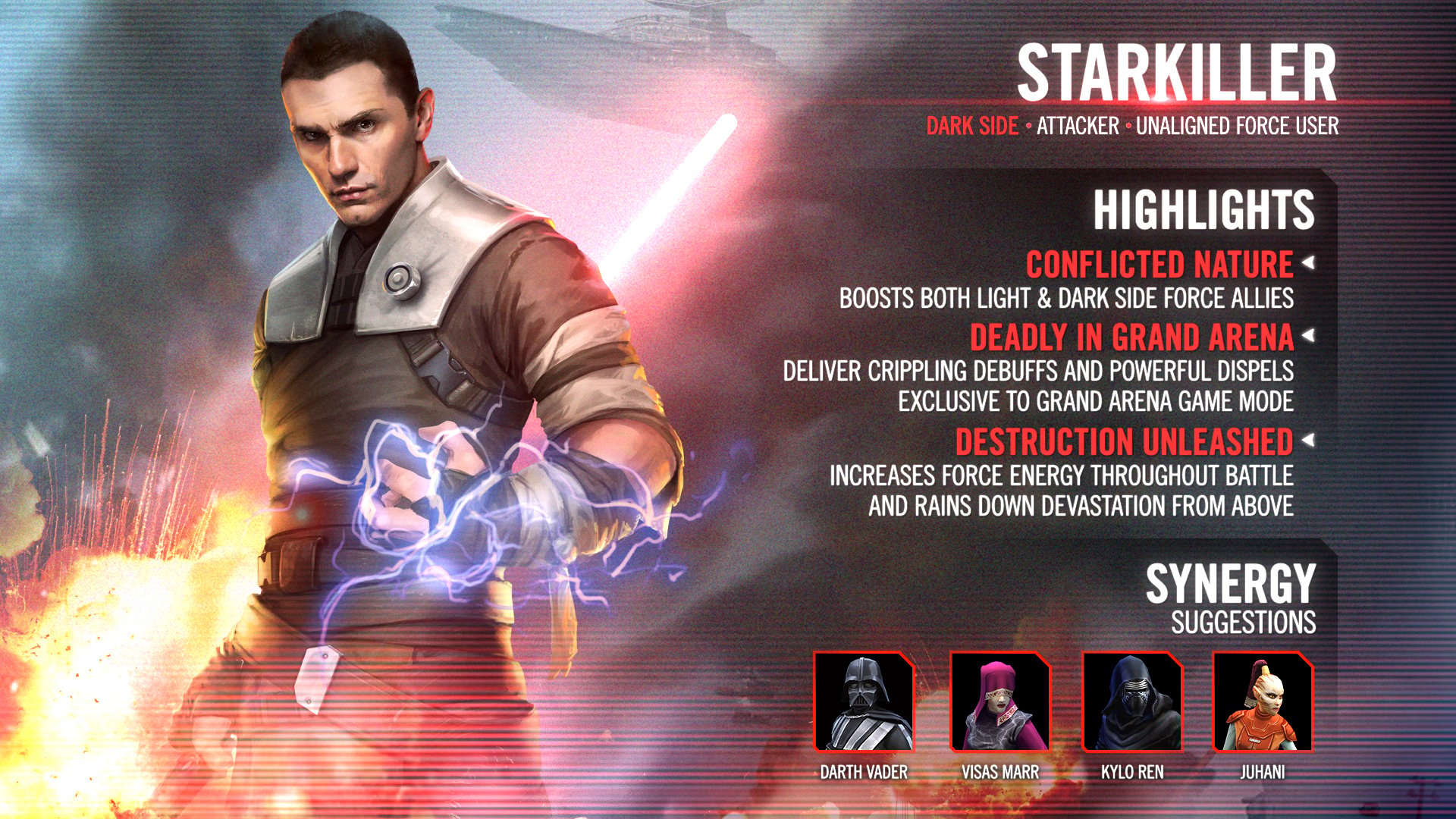 The final unit of our Lucasfilm 50th Anniversary characters is being unleashed! Starkiller is landing on the holotables with the force of a Star Destroyer being yanked from the sky!

Below, we take a dive into the motivations and inspirations our developers drew from while creating the kit for this fan-favorite Star Wars: The Force Unleashed character.

For more info and insights from the devs on this character, check out this interview with CubsFan Han.