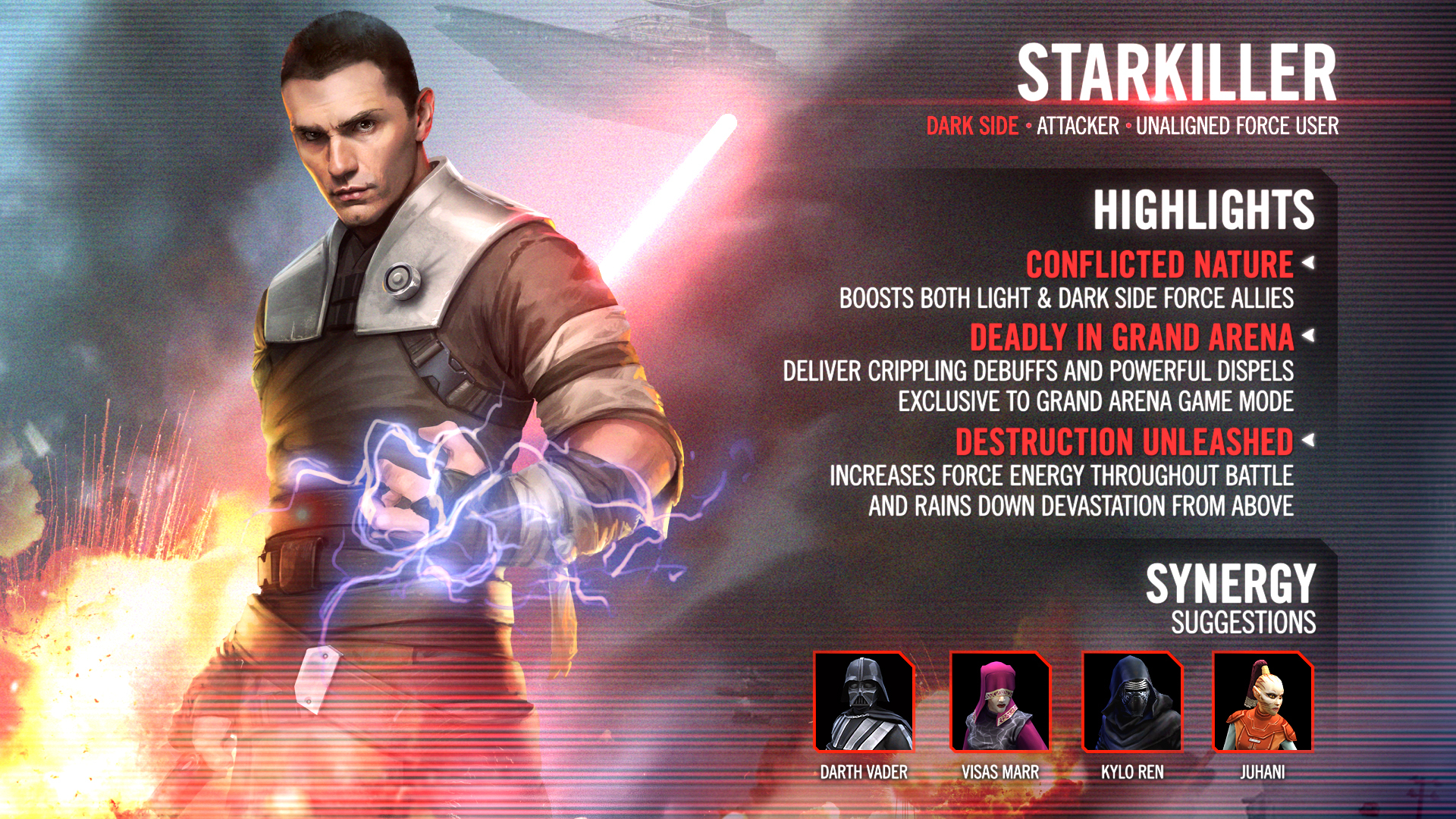 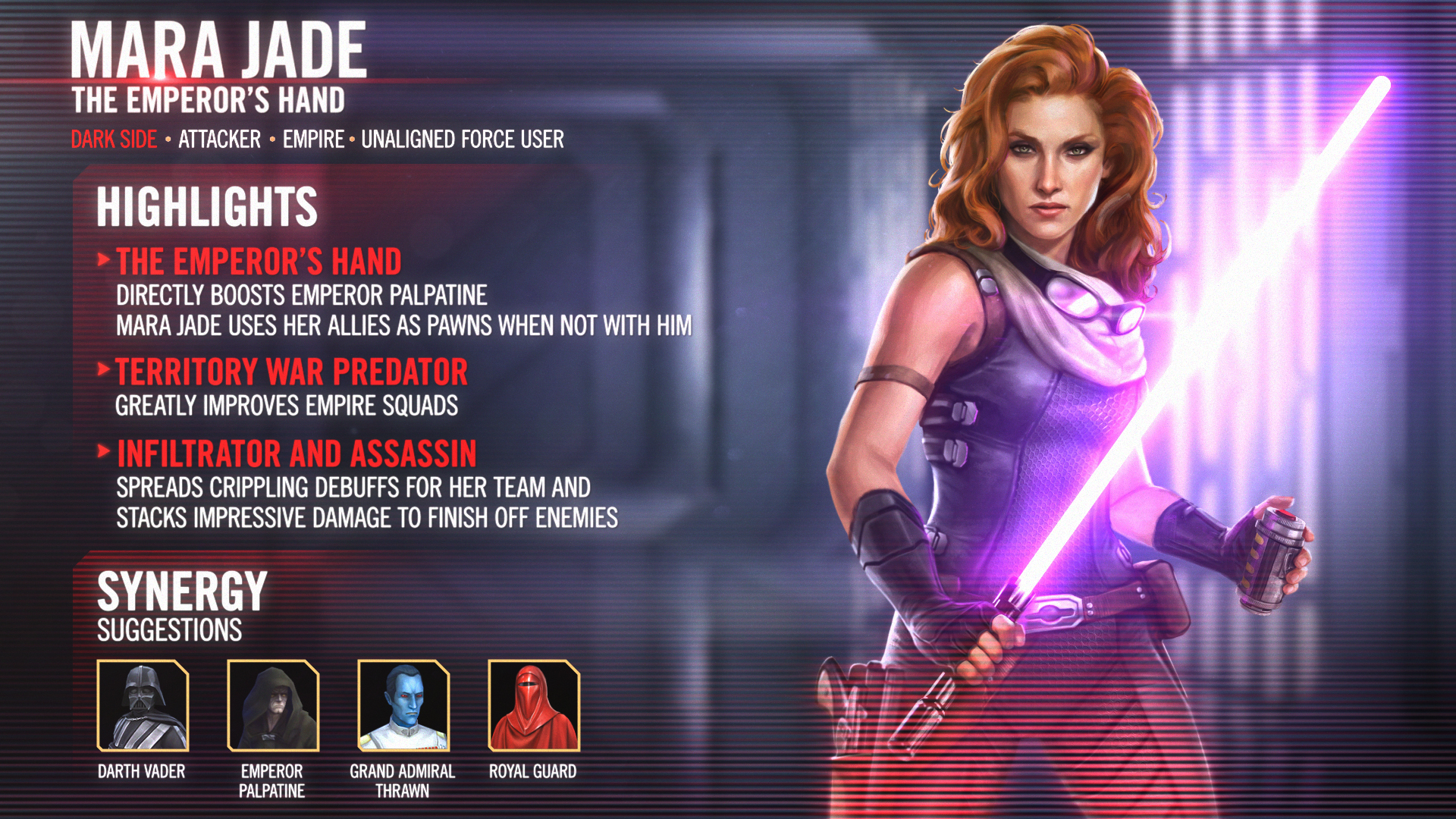 That's right, we’re bringing not one, but TWO fan-favorite characters from Star Wars Legends to the holotables!

We’ve also got big changes surrounding Grand Arena Championships and Squad Arena, two sets of additive drops coming your way, and a smattering of other news we’re covering below.

So, let’s dive right in.

These changes will go into effect on 12/08 with the first Grand Arena Championship beginning 12/13. If you’re level 85, keep an eye on your inbox. We’re doing a one-time grant of 500 Crystals as players transition from Squad Arena payouts to Grand Arenas payouts.

Additive Drops
For a limited time, the BTL-B Y-wing Starfighter has been added to Dark Side Battles in Hard mode as bonus drops! During this event, the ship's drop rate on each node has been scaled to Energy.

Hard mode Dark Side Battles are rewarding bonus drops from 12/11 through 12/13.

Also, for a limited time, Bo-Katan Kryze has been added to Fleet Battles in Normal mode as bonus drops! During this event, the character's drop rate on each node has been scaled to Ship Energy.

Normal mode Fleet Battles are rewarding bonus drops from 12/15 through 12/17.

Grand Arena Titles
All players who finish in the Kyber League will receive the "Kyber Combatant" title. The player titles "Kyber Premier Champion" and "Kyber Contender" are temporarily unavailable, but will return in the future.

Daily Squad Arena Requirements
Updated Daily Squad battle requirements are going from two (2) to one (1) for players who are level 60+.

CHARACTERS AND SHIPS
For more info on these units, check out the kit reveals and strategy guides below:

EVENTS
Legacy Event: The Force Unleashed
Legends speak of a secret apprentice of Darth Vader, a powerful force user code-named Starkiller. Starkiller's past remains shrouded in mystery, but some say he was a pivotal player in the formation of the Rebel Alliance. Conflicted in the Force, he was trained in the dark side, only to be tempted by the light side during his assignments for Darth Vader. Unlock Starkiller in the Legacy event and grow the power of your collection!


Marquee Event: By the Emperor’s Hand
Play as Mara Jade, The Emperor’s Hand, as you deal with Palpatine's political adversaries as well as hunt down rogue Jedi. Unlock Mara Jade in the Marquee event and grow the power of your collection!