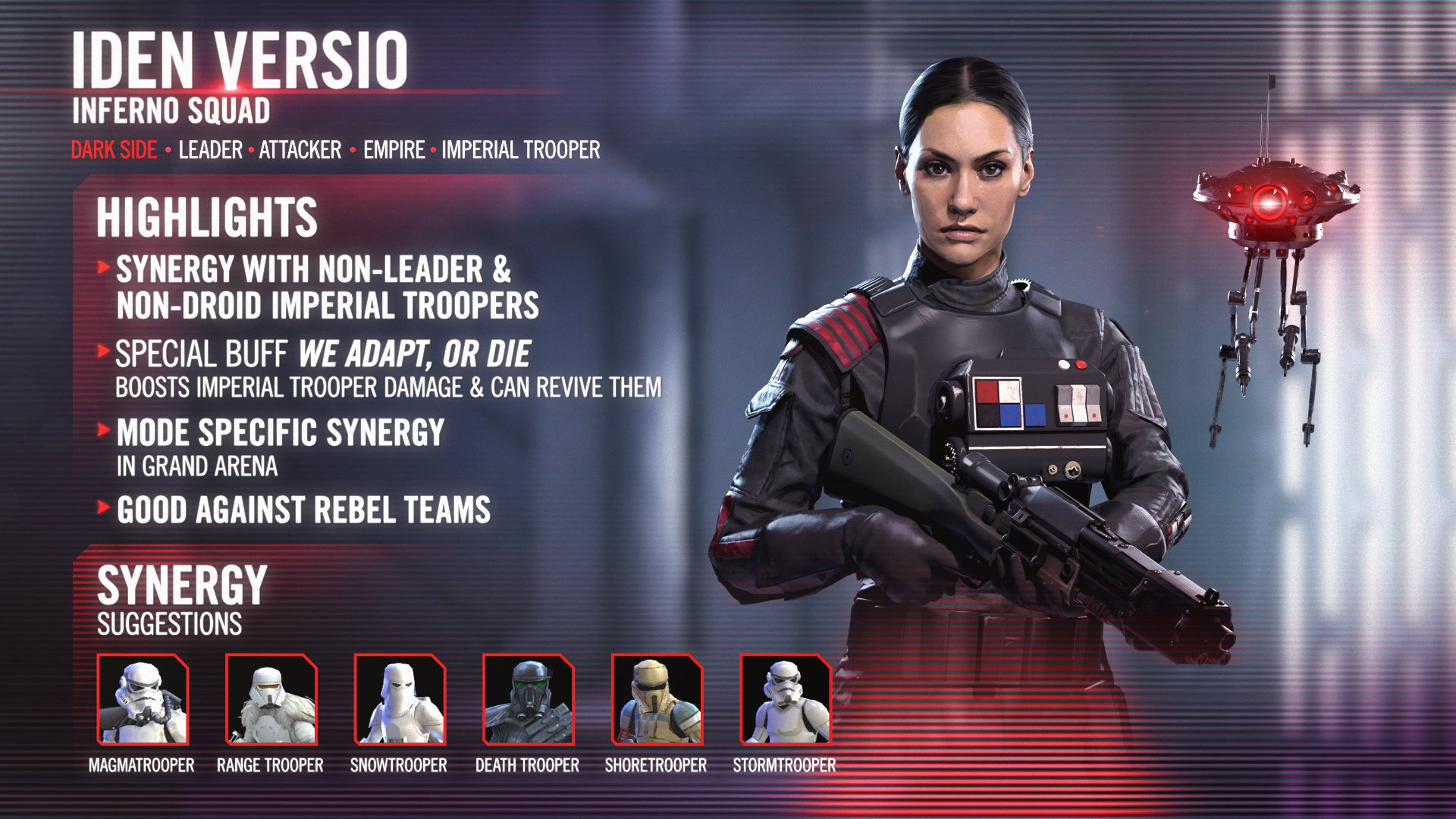 After the attack on the Death Star, the Empire responded by assembling Inferno Squad - an Imperial Special Forces commando unit - and appointed Iden Versio as its leader. Now, Iden’s intelligence and relentlessness will be put to use as the newest Imperial Trooper leader to hit the holotables.

Below, we take a dive into the developers’ motivations and inspirations while creating the kit for this fan-favorite Battlefront II character.