Today’s update brings the formidable, cunning Imperial commander, Iden Versio, to the holotables! Along with Iden, Carth Onasi will be getting an Omicron ability, we got some additive drops, some shards accelerating and shuffling, multiple fixes and updates have been implemented and more!

NEWS
Additive Drops
For a limited time, Death Trooper has been added to all Fleet Battles nodes as bonus drops! During this event, the character's drop rate on each node has been scaled to Ship Energy.

Fleet Battles are rewarding bonus drops from 01/19 through 01/25.
SHARD SHUFFLE CHARACTERS AND SHIPS
For more info on these units, check out the kit reveals and strategy guides below: 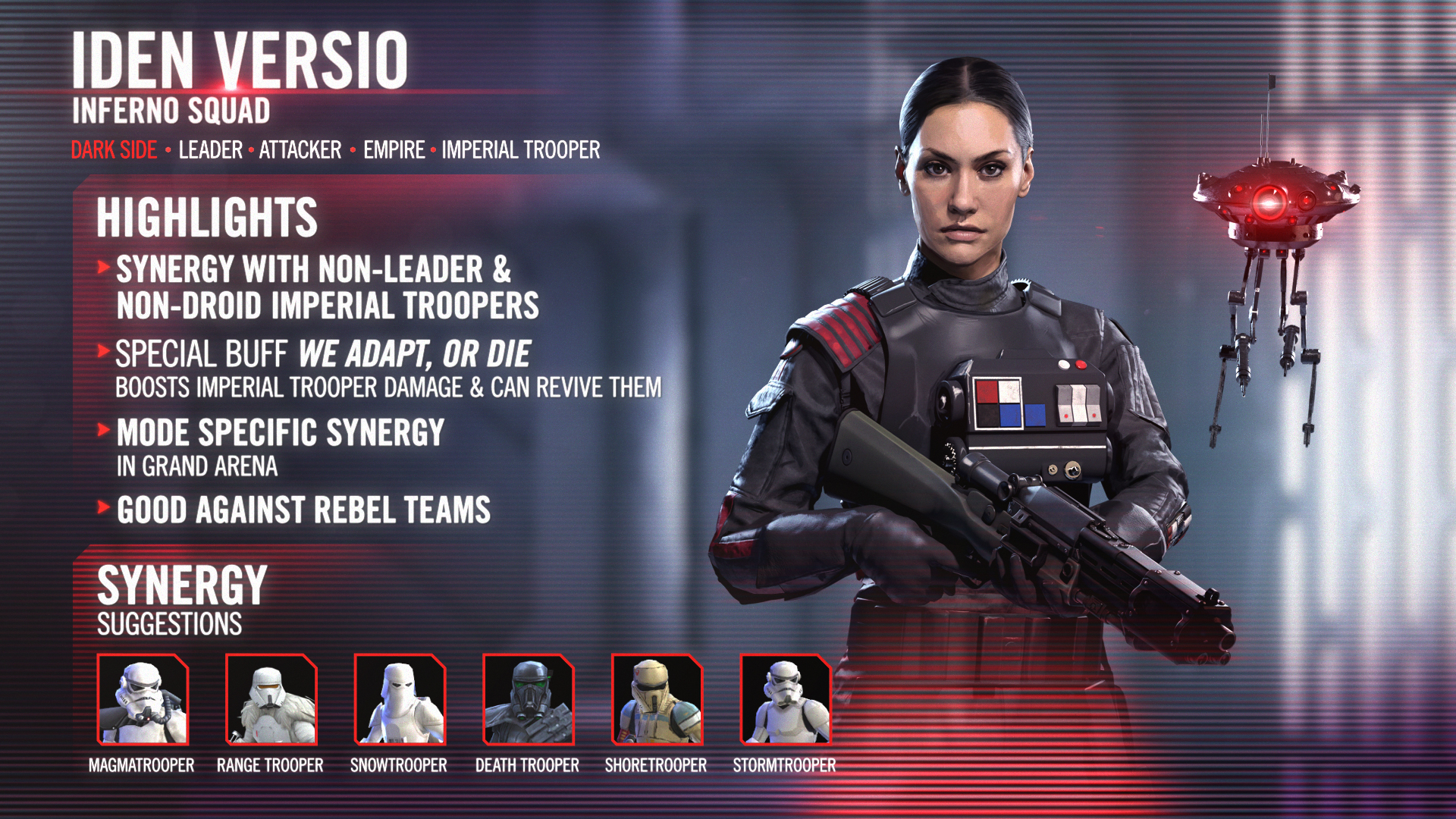 EVENTS
Marquee Event: EMBERS OF THE EMPIRE
Play as the deadly commander of Inferno Squad, Iden Versio, and grow the power of your collection!