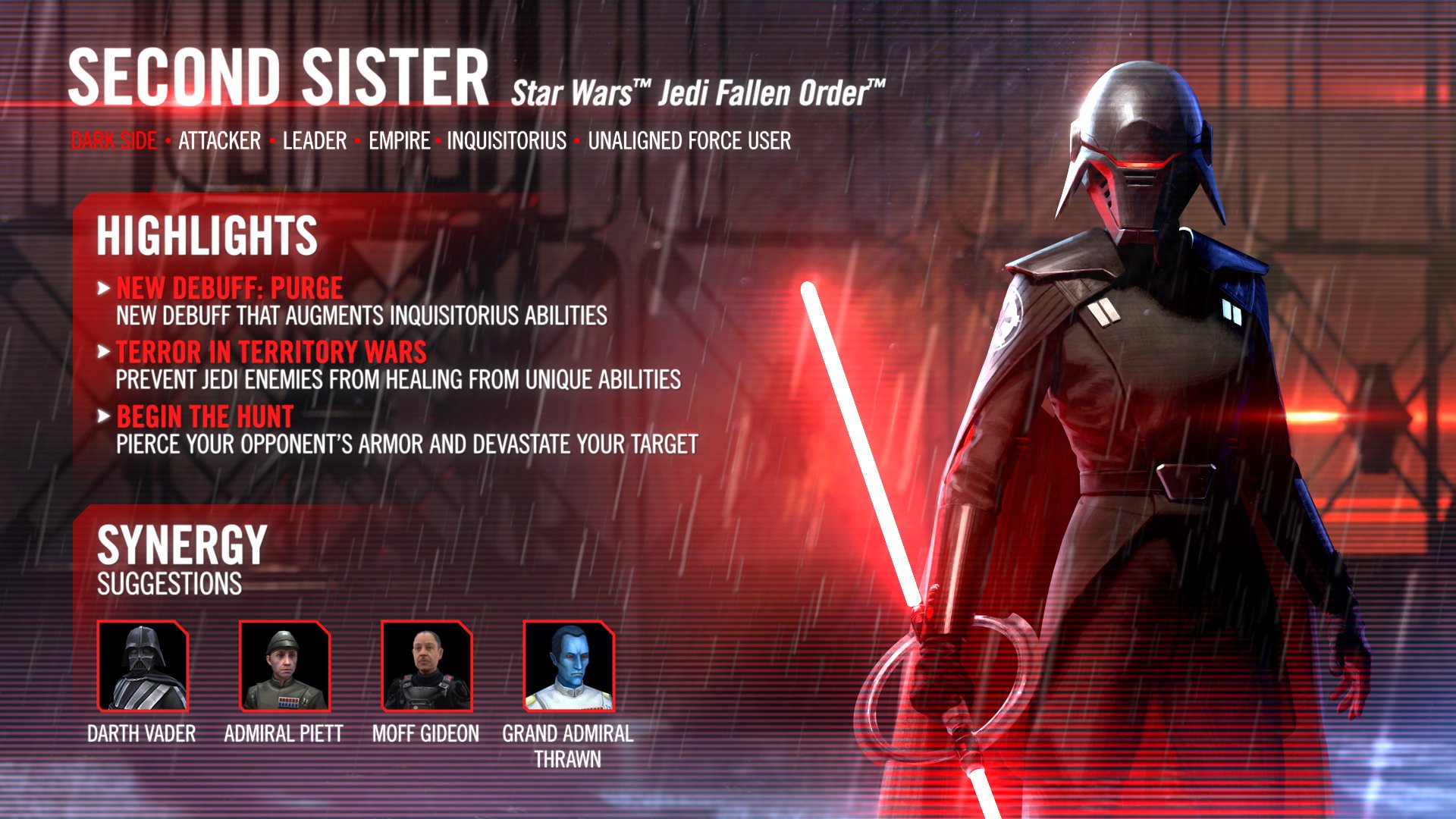 The Second Sister, a Jedi formerly known as Trilla Suduri, is storming on to the holotables! As a member of the Inquisitorius, Second Sister was tasked by Darth Vader to hunt down Jedi who survived Order 66.

Below, we take a dive into the developers’ motivations and inspirations while creating the kit for this fan-favorite Jedi: Fallen Order character.

For even more behind the scenes and developer commentary, be sure to check out the interview we did with Galactic War Report here.