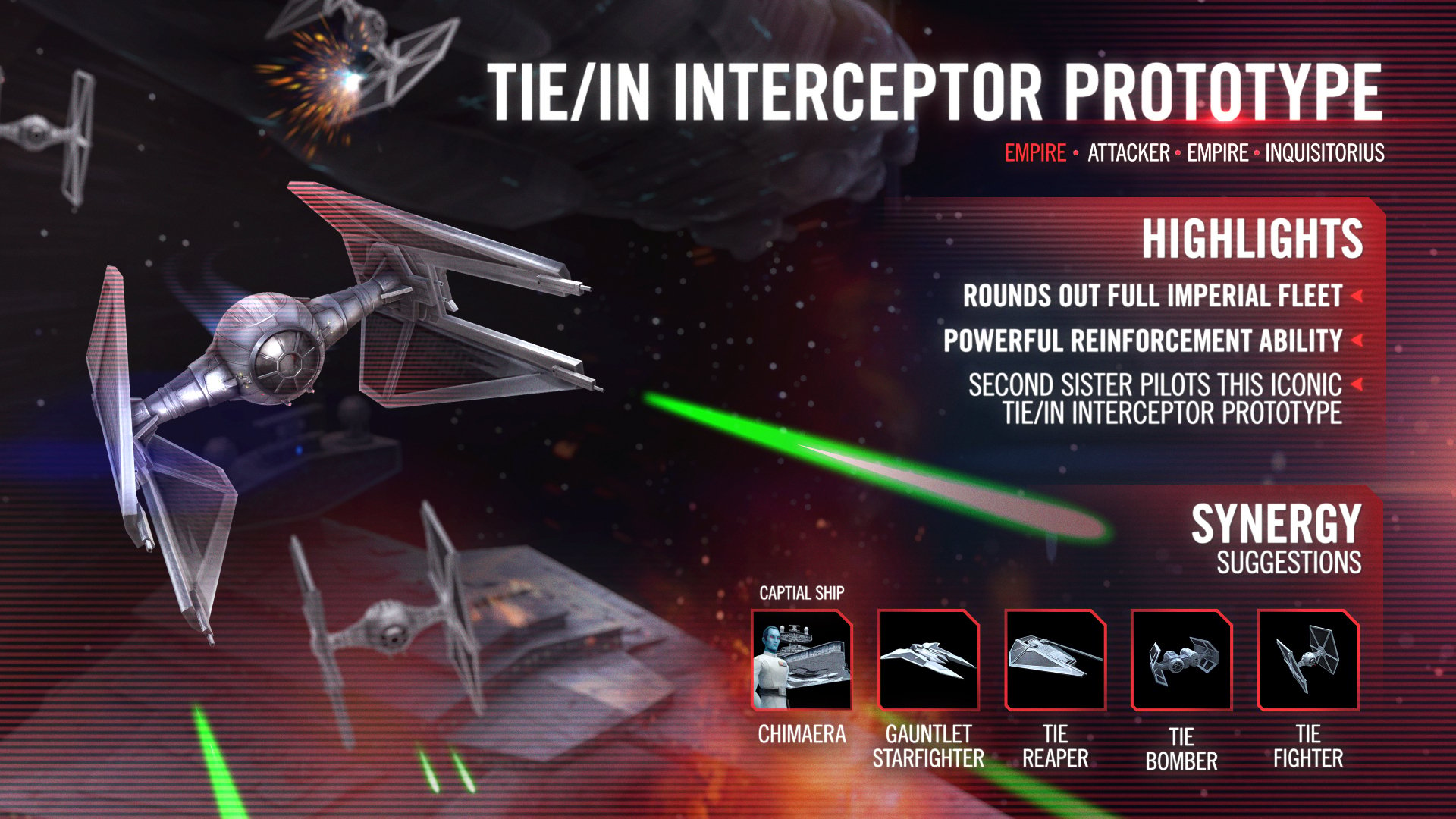 The TIE/IN interceptor Prototype piloted by Second Sister is landing on the holotables! While the ship is already a fast-attack craft that is as nimble as it is deadly, Second Sister's Force powers allow it to perform maneuvers many would consider…unnatural.

Below we take a deeper dive into the inspirations and motivations of the designers as they worked to bring this lethal Imperial craft to Galaxy of Heroes.