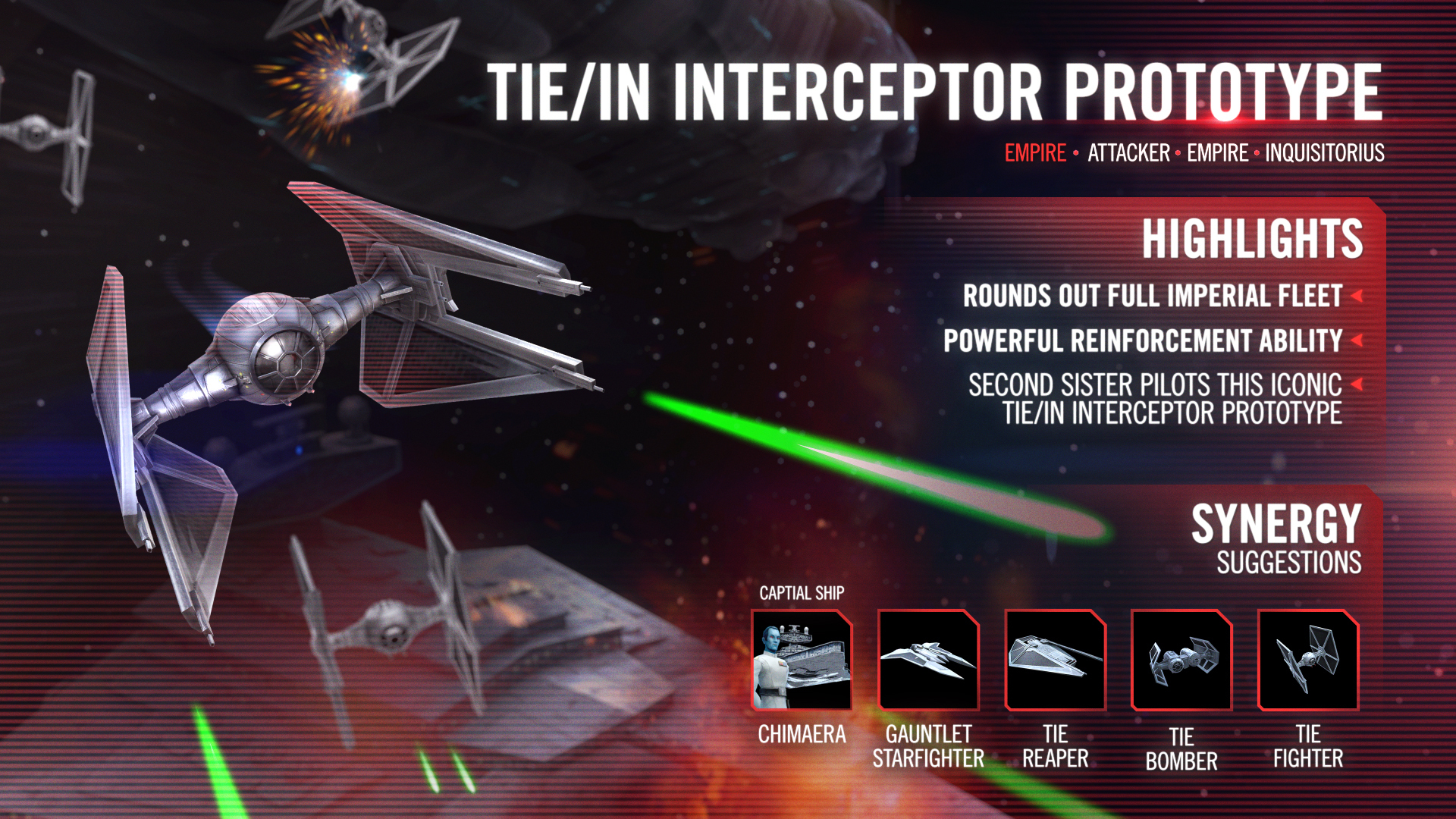 Today’s update brings the speedy and nimble TIE/IN Interceptor Prototype to the holotables! With Second Sister as its pilot, the TIE Interceptor provides a boost to Empire fleets.

Along with TIE Interceptor, Princess Leia will be getting an Omicron ability, Darth Vader’s TIE Advanced x1 is getting a touch-up, some shard shuffling, multiple fixes and updates have been implemented, and more!

NEWS
New Conquest Unit
TIE Interceptor will be the new Conquest obtainable unit! Keep an eye on the forums for more information.

TIE Advanced x1 Kit Touch-Up
TIE Advanced x1 is getting a touch-up to its kit. The new final tier of Advanced Targeting System now reads: “At the start of battle, if all allies are Empire, Inquisitorius, or Sith and TIE/IN Interceptor is in reinforcements, allied Empire Capital Ship cooldowns are reduced by 1 (including Call Reinforcement).”

Darth Talon shards are now farmable from Cantina 7-G. They replace Jedi Knight Anakin shards, which can still be farmed from Dark Side 3-E (Hard) and Dark Side 1-B (Hard).
CHARACTERS AND SHIPS
For more info on these units, check out the kit reveals and strategy guides below: