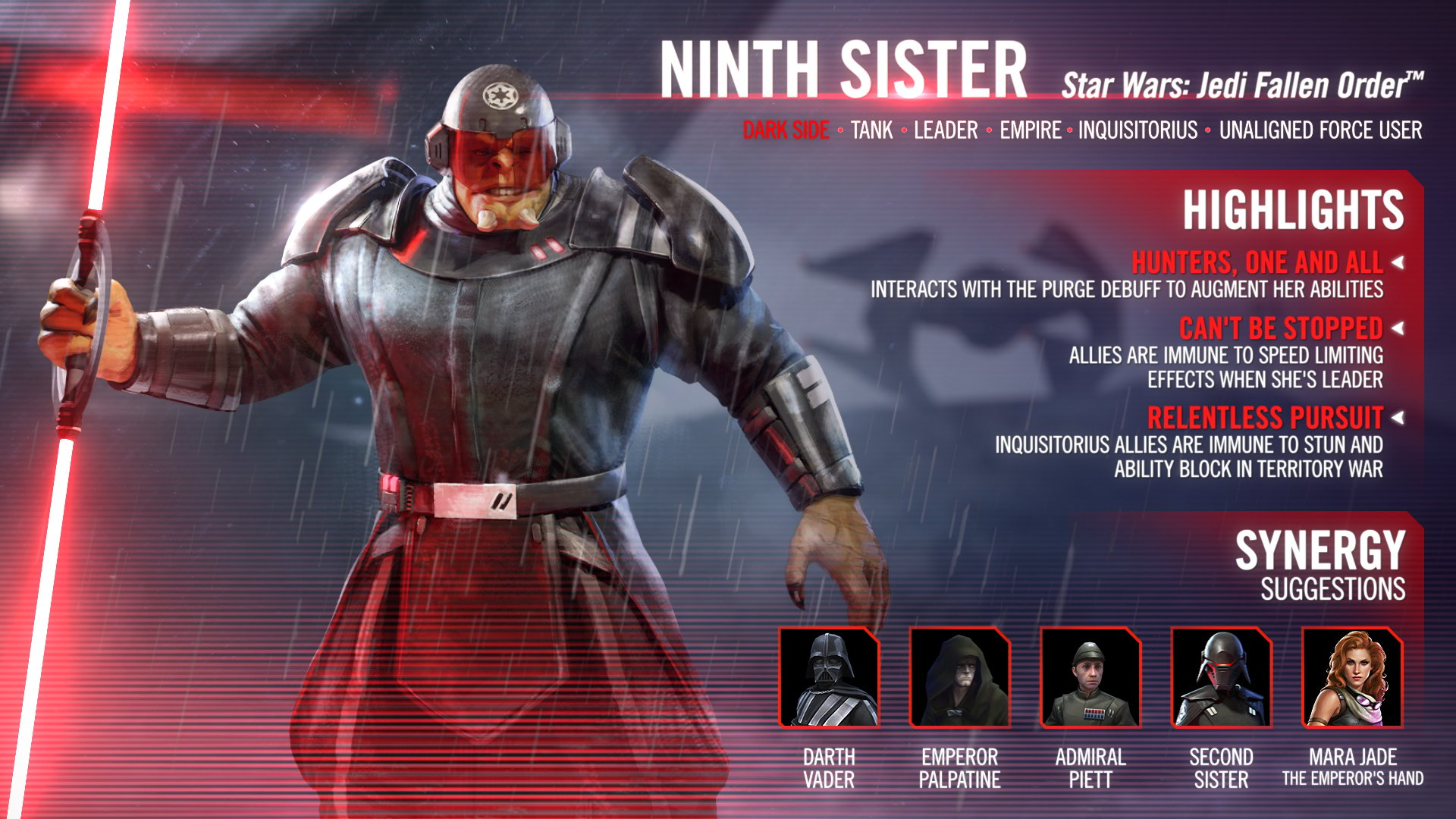 The Ninth Sister, formerly a Jedi known as Masana Tide, is coming to the holotables to reinforce the Inquisitorius!

Below, we take a dive into the developers’ motivations and inspirations while creating the kit for this fan-favorite Jedi: Fallen Order character.