State of the Galaxy: February 2022

We are charging into this year with more characters, ships and the new Inquisitorius faction. Our team has put together an ambitious plan for 2022 that seeks to keep this game exciting for many more years. We will have more to share about some of the larger changes coming this year in future updates but in this month’s State of the Galaxy, I want to give you an update on what’s coming in the near future for Galaxy of Heroes, discuss the current meta, and the team’s goals for shaping the meta over the future. Conquest 13 has begun and we want to provide an update on where the Conquest characters are moving to. As always, there are a ton of things to cover so let's dive in!

UPCOMING UNITS AND THEMES
As we move on from our Legends characters in celebration of LucasFilm’s 50th anniversary, we have another thrilling group of characters to explore, the Inquisitors. If you have played Star Wars Jedi: Fallen Order or watched Star Wars Rebels then you may be familiar with the elite group of force sensitive agents tasked by Darth Vader to hunt down any remaining Jedi after the fall of the Galactic Republic.

A few weeks ago we introduced the first member of this new faction, Second Sister. The Ninth Sister will be the second member to fill out the squad and will be available via Marquee this week. This massive assassin works as the Inquisitor squad’s tank. She can take a ton of punishment and keeps enemy attacks focused on herself instead of her Inquisitorius allies. Hear more about the character and from our designers in the Developer Insights: Ninth Sister.

We will continue to explore more Inquisitor characters as we fill out the squad in the future but we are also introducing the Inquisitorius to Fleet Battles with the new TIE/IN Interceptor Prototype. Piloted by Second Sister, the TIE/IN Interceptor Prototype is a powerful Reinforcement for Empire fleets. Its unique prototype design reduces allied Capital Ship cooldowns when in reinforcements and the allied Capital ship gains Turn Meter when the TIE Interceptor scores a critical hit.

There are two more ships coming to Galaxy of Heroes via Galactic Chase events that will support existing fleets with faction-specific Tanks. With the introduction of the Executor, we gave the Hound's Tooth a permanent home, which means that some fleets are in need of a dedicated tank. This is particularly important with the emphasis on Grand Arena Championships where multiple fleets are needed. 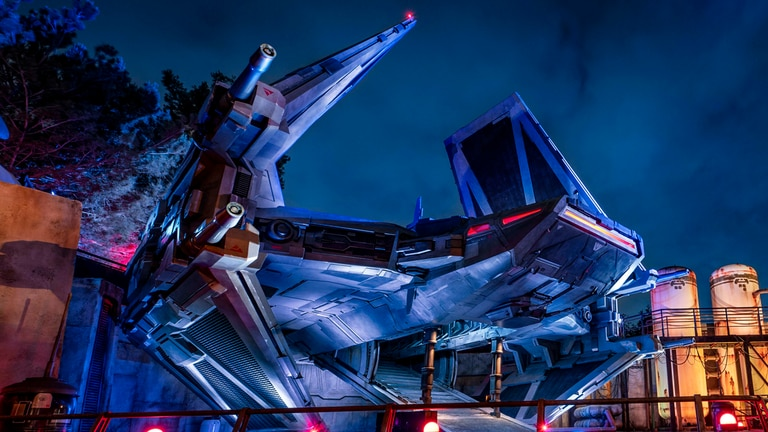 The First Order fleet packs some incredible firepower but lacks a Tank to protect it’s more fragile damage dealers. The First Order TIE Echelon shores up this fleet with a tough ship that applies Stealth to allied First Order ships so it can take the hard hits for the team. 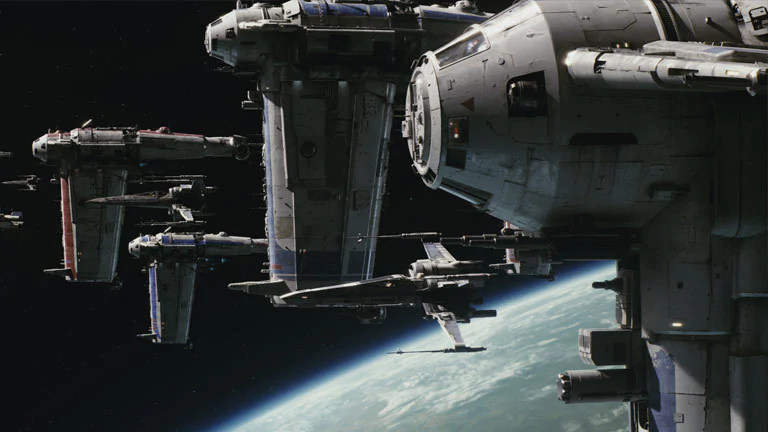 Resistance fleets could also use a dedicated tank and the MG-100 StarFortress SF-17 provides consistent Taunt to soak up damage from the enemy. This ship also packs a punch if it can finish it's bombing run to devastate the enemy.

CONQUEST UPDATE
Conquest 13 began last week and brings a number of new Data disks, Modifiers, and Encounters to the event. The next three Conquests will focus on rewarding blueprints for the new TIE/IN Interceptor Prototype that we announced last week. Which means Boba Fett, Scion of Jango will move to where Maul currently is rewarded, Maul moves to where Commander Ahsoka Tano shards were available and Commander Ahsoka Tano shards move to where Razor Crest blueprints were available.

Last but certainly not least, Razor Crest will remain available where it currently is. It will be moving to its farm location sometime around the launch of Conquest 14. We will have more to share on this in a future update.


WHAT’S THE META WITH YOU?
There has been a bunch of great discussion in the community around balance and speculation around potential changes to units in the game. While there will always be these kinds of questions and concerns, our goal is to be as transparent as possible on when and why we make these changes. To that end, we want to provide some broader understanding on when and why we intervene to change characters that are significantly not performing as expected. Of course, changing a character after launch is something we want to avoid at all costs and is always a last resort but sometimes becomes necessary.

To get everyone on the same page, let’s begin with how all the different types of units fit together and lay out the current hierarchy of power. To be clear, this certainly does not hold universally true for all units but is a rough rubric we can use to discuss this topic in more detail. There are many exceptions to the rules (in the name of fun and interesting gameplay) that exist but overall this is a good snapshot of how we approach power.

Star Wars Galaxy of Heroes Power Tiers:
NOTE: This list assumes squad compositions are highly synergistic and have comparable mods. This may not always be the case in practice and, if so, is not a balance issue. For example, a Galactic Legend with weak mods and in a non-ideal squad may potentially be challenged by a well modded and highly synergistic squad from the lower tiers.

Wait! Why is there no mention of Omicroned units in the above list? Omicrons boost the power of a unit. Adding an Omicron will move a unit up around a tier on the scale above, which means their final power varies based on the type of character. So where do they sit on the power scale? Marquee units with Omicrons get lifted up to somewhere between the level of a Journey Guide or Conquest unit, while a character like Starkiller (Journey Guide) or Boba Fett, Scion of Jango (Conquest) can rival a Galactic Legend in their specific mode with the right squad.

When we investigate a balance issue, team composition, mods, abilities/ultimates/gear/relic levels and the consistency of the counter all play a role in the final decision. We examine a number of different squad variations and we review the data of how all players mod these squads in order to get the best snapshot of the current balance players are experiencing but the most effective squads with close to equal modding have the most weight in our decisions. On top of that, the win rate and reliability of these matchup are also important factors. A consistent counter is more likely to see changes than one than is only sometimes possible.

We also consider how to address those issues while supporting a healthy amount of theorycrafting. It is important to strike a balance between encouraging creative uses for units and keeping the value of progressing to higher units intact. And there are a ton of other factors that modify this balance: Omicron vs not-omicron, stronger mods vs weaker mods, challenging a squad’s less than ideal comp, does this squad encourage under gearing or leveling abilities, and more.

To reiterate, not every unit is going to fall nicely into these constraints and we may release units that push the limits of these boundaries in the name of interesting gameplay but I hope this provides some context for where future characters will land and where we may intervene for balance.

As always, the team is committed to announcing any changes to units as early as possible and sharing the context for why the changes are necessary whenever we can. Omicrons, reworked game modes, and Conquest Units have shifted the “meta” and the focus of many rosters, but our goals continue to be a long healthy life to the game, transparency around upcoming changes, and most important of all, fun and diverse experience when playing with your collection of Star Wars characters and ships.


WRAP UP
I hope this State of the Galaxy gets you excited for the next era of units for Star Wars Galaxy of Heroes and gives you some insight into how we plan to continue to shape the game for a long, fun future. While there are exciting new characters and modes coming, we also have several initiatives from last year to continue to push forward: the next phase of the Gear Intervention, Grand Arena Update, and the Omicron Updates. You will hear from Doja and myself in the upcoming Road Ahead that will cover these next phases for these changes in more detail, what is the next major title update, and more.

Thank you for reading! See you on the Holotables!
15
Reply to this topic
Sign In or Register to comment.