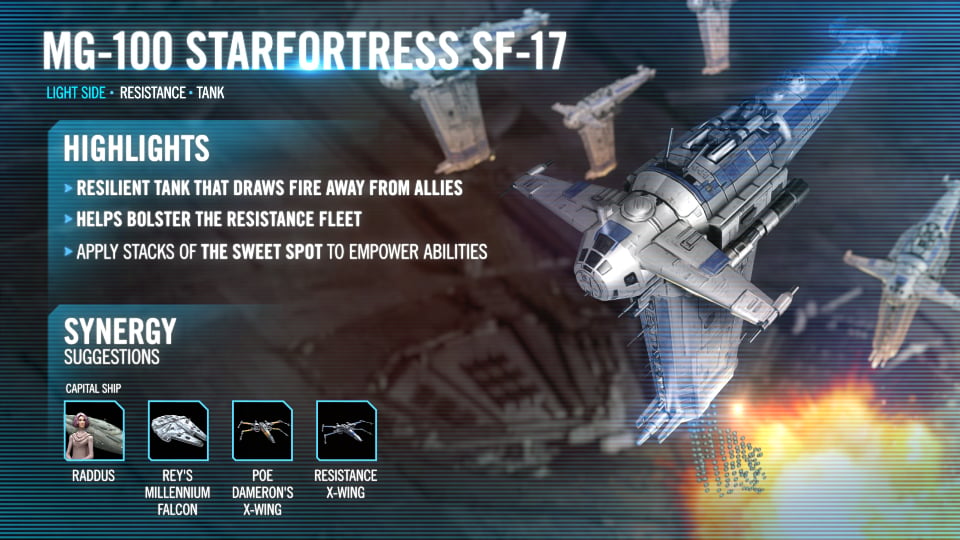 The MG-100 StarFortress SF-17 is coming to the holotables! This heavy bomber used prominently during the evacuation of D'Qar stands ready to serve as a stout tank for the Resistance fleet.

Below we take a deeper dive into the inspirations and motivations of the design team as they collaborated to bring this ship to Galaxy of Heroes.