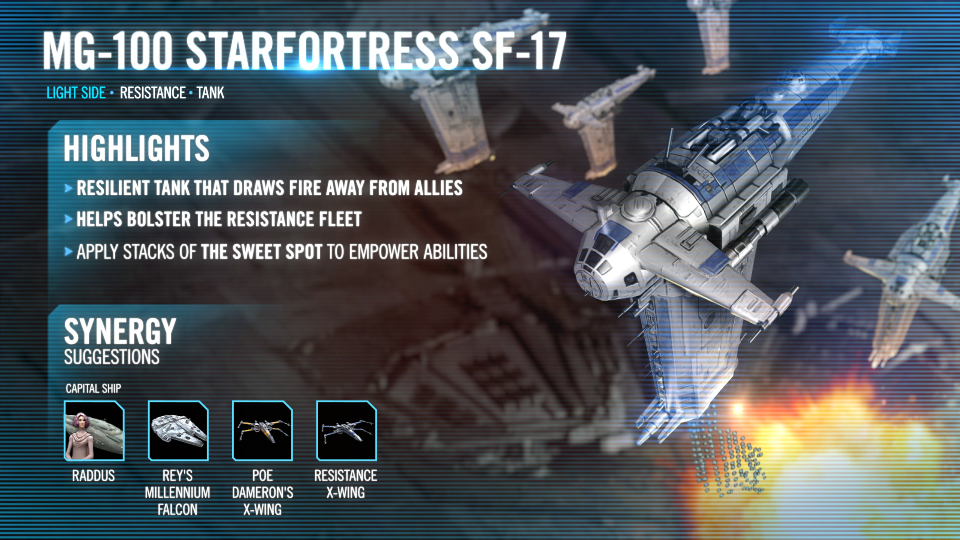 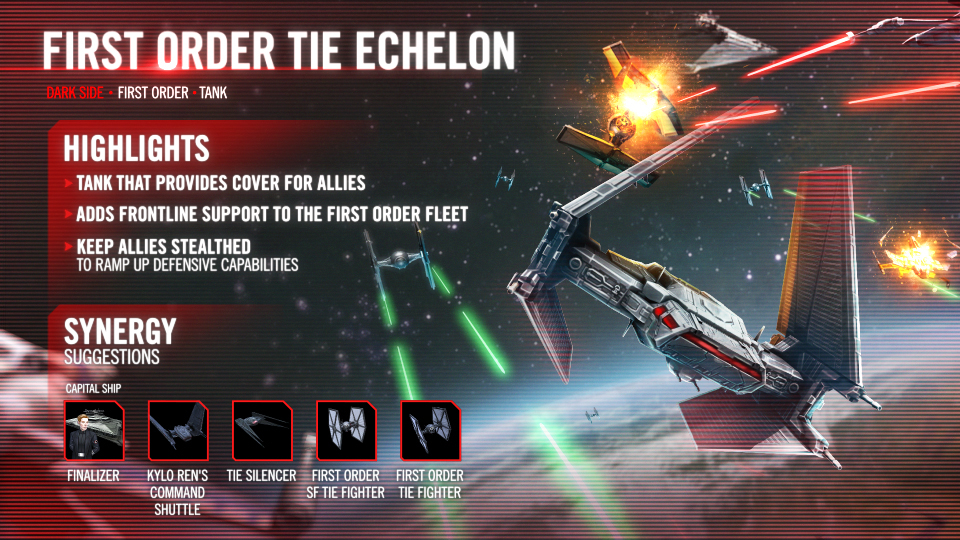 Today’s update includes the announcement of two new ships, a Galactic Chase, a new character Omicron ability, an update to Second Sister shards, and some fixes.

The March event calendar can be found here. The daily login character for March is Dark Trooper.

Cantina Battles are rewarding bonus drops from 2/25 through 3/01.

HEAVY BOMBER BUNDLE
The Heavy Bomber Bundle is coming to the Store. Power up your MG-100 StarFortress SF-17 with this limited-time offer containing 20 blueprints for this Resistance ship, Ship Ability Material Omegas, Reinforcement Materials, and more!

Each pack guarantees at least 5 blueprints for the MG-100 StarFortress SF-17 and may drop up to 330 blueprints! In addition, each pack drops ability materials of each kind and Reinforcement Materials. This pack follows the drop rates of the Galactic Chase Pack probability.