Today’s update brings a new Inquisitorius character, Seventh Sister, to the holotables! Seventh Sister strengthens the faction by providing support and healing capabilities. Her Omicron ability lifts Inquistorius allies in Territory Wars, and is sure to give Grand Master Yoda all he can handle.

Accompanying Seventh Sister in this release is the character rework you thought would never happen, a character shard acceleration, some fixes, and more.

NEWS
Mace Windu Rework…For Real!
Mace Windu is receiving a rework and an Omicron ability! For more details on his kit keep reading below.

As part of the Mace Windu rework, all of Mace’s abilities have been reverted to level 1 and players should receive an inbox message returning the materials used in those upgrades.

See this Shard Economy post on our forums for more details.
SHARD SHUFFLE
—--
CHARACTERS AND SHIPS 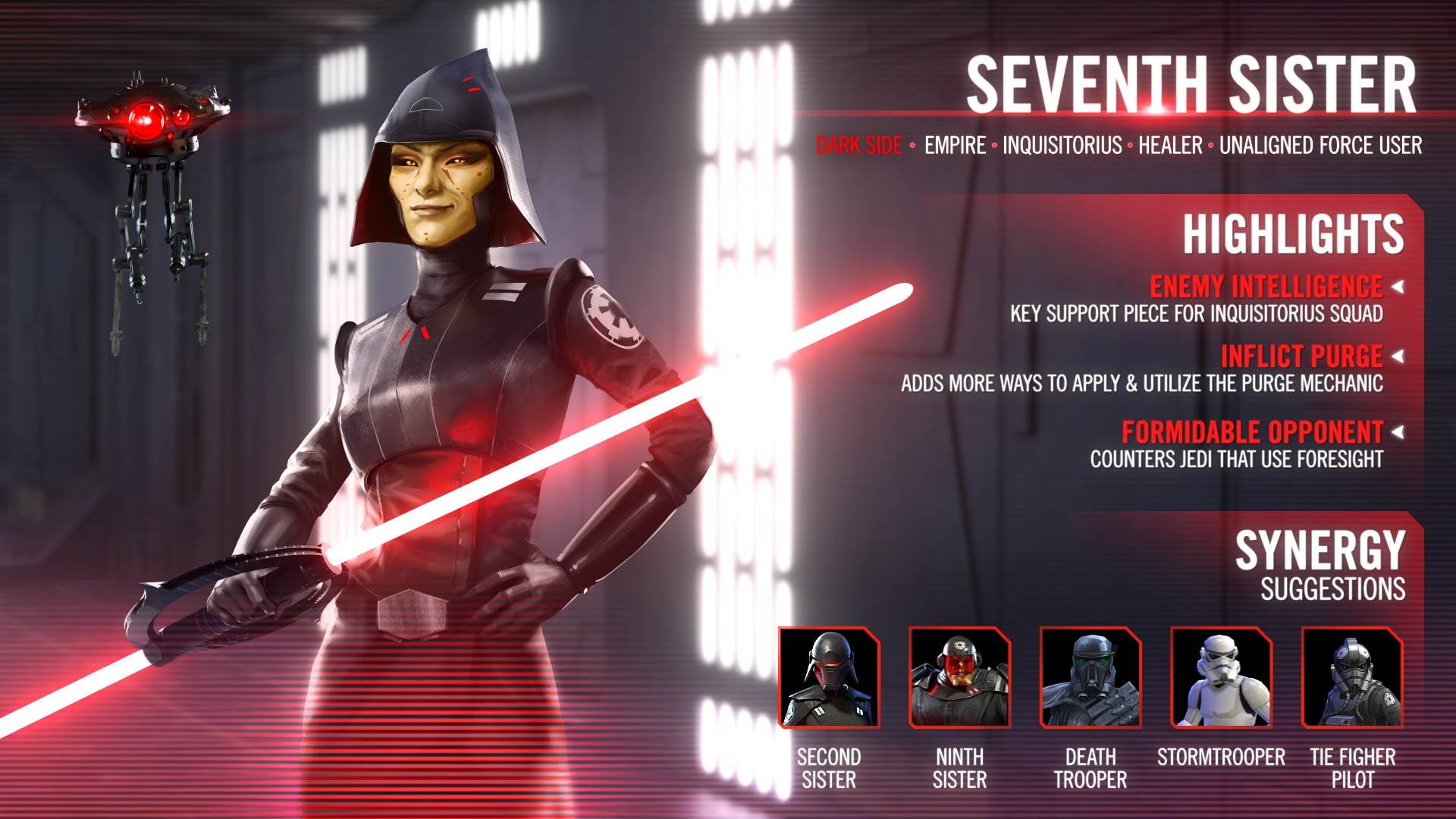 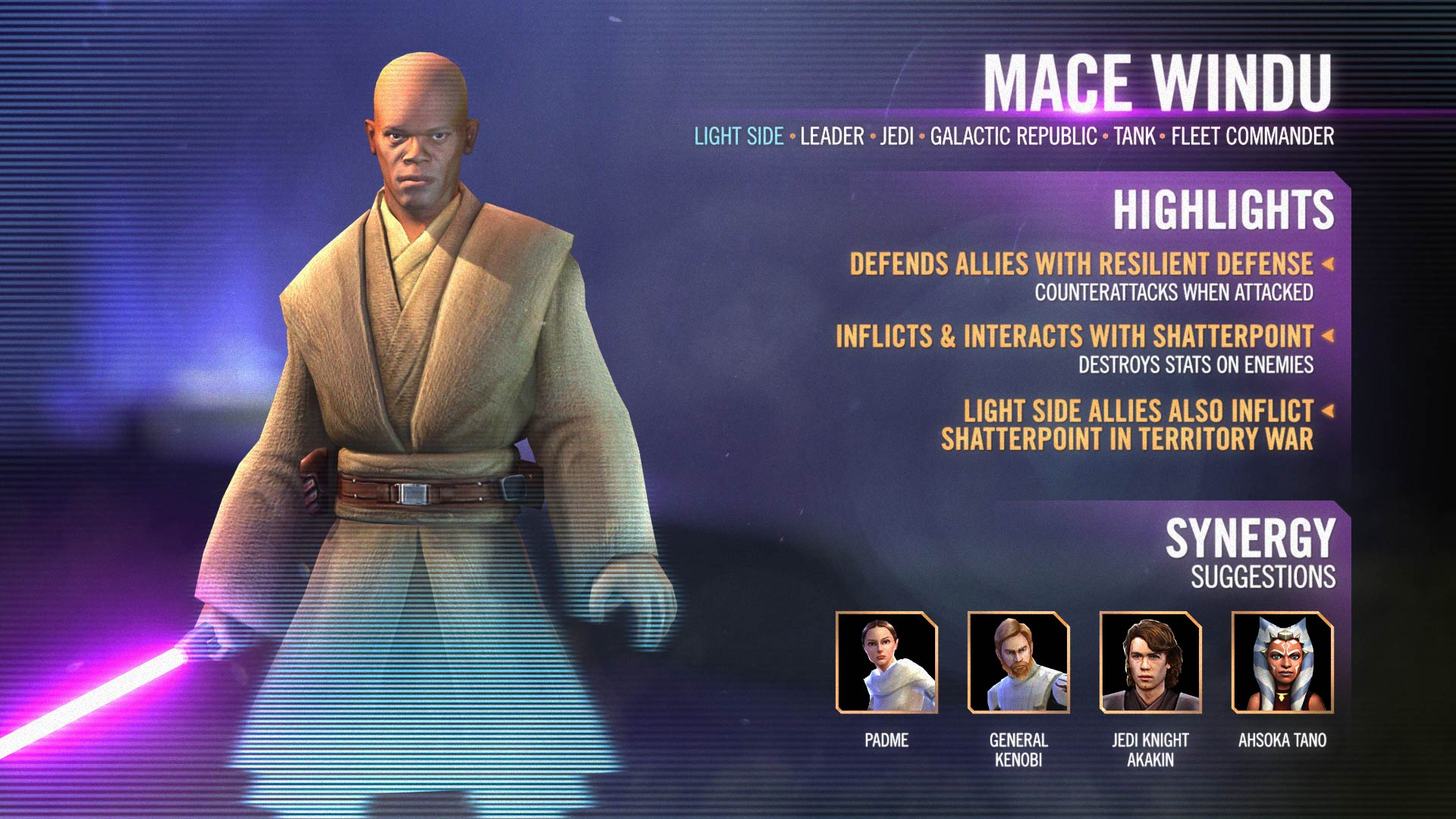 Marquee Event: RUTHLESS EFFICIENCY III
Play as the ruthless member of the Inquisitorius, Seventh Sister, and grow the power of your collection!
FIXES
KNOWN ISSUES
General Known Issues can be found on the Development Tracker here.

SEVENTH SISTER MARQUEE BUNDLE
The INQUISITORIUS COMMANDER Bundle is coming to the Store.


SEVENTH SISTER MARQUEE PACK
The INQUISITORIUS COMMANDER Pack featuring Seventh Sister shards is coming soon. Each pack guarantees at least 5 shards for Seventh Sister and may drop up to 330 shards!