Our latest Title Update has begun to roll out! All players will be required to update tomorrow from their respective app stores but you check to see if you can download the latest version to get the changes below. This Update contains a number of quality of life changes for Grand Arena Championships and several bug fixes.

The majority of the changes will be visible tomorrow (and will be detailed in tomorrow's notes) after the Forced Update but you may see some of the following changes if you update before then.

Enemy Fleet Preview
Just like the recent update to show enemy Squads on the squad setup screen, Fleet battles will now show a preview of the fleet you are facing. And just like the enemy squad preview, this will be visible in all vp modes with fleet setup screens.

Omicron Badges in Character Inventory
Players can now see which characters have an Omicron indicated by a new badge on character portraits. Just like Zetas, you can now see this on many screens in the game. Omicron upgrades will now also be announced to Guild Chat. The Omicron will show up in battle when in the specific mode that it is active. 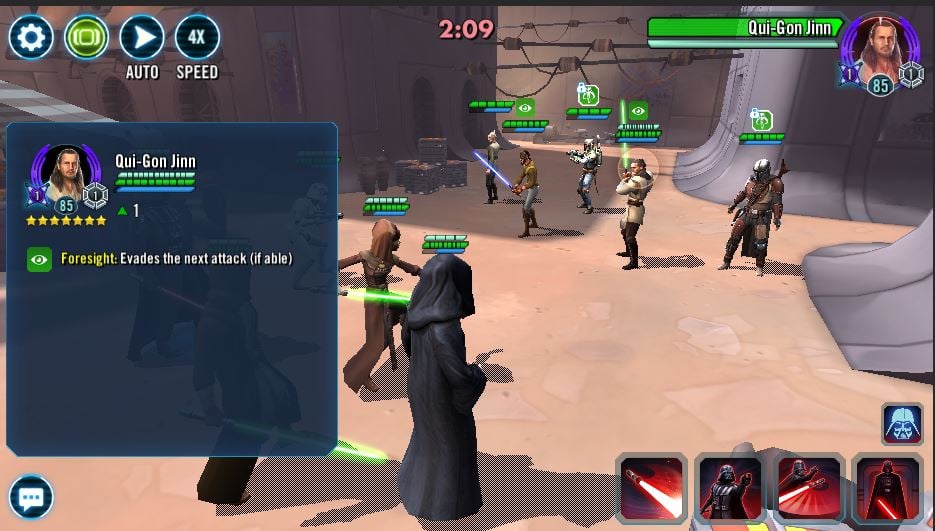 Crafting Gear From The Salvager
If you head over to the friendly but accident prone Jawa in the corner of the Cantina, you’ll find he’s now offering to craft gear for you. No more holding on to one character at G7 to craft specific gear to break down for Relics! It’s also handy to look at recipes and prepare for your next character unlock. 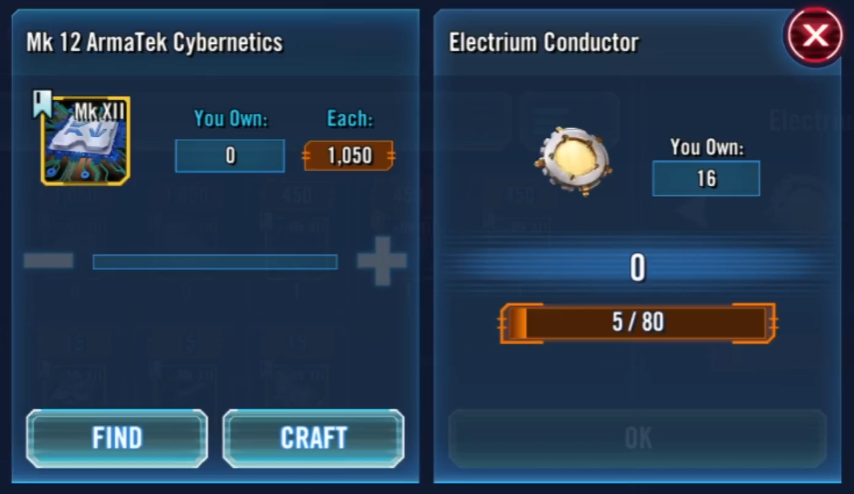