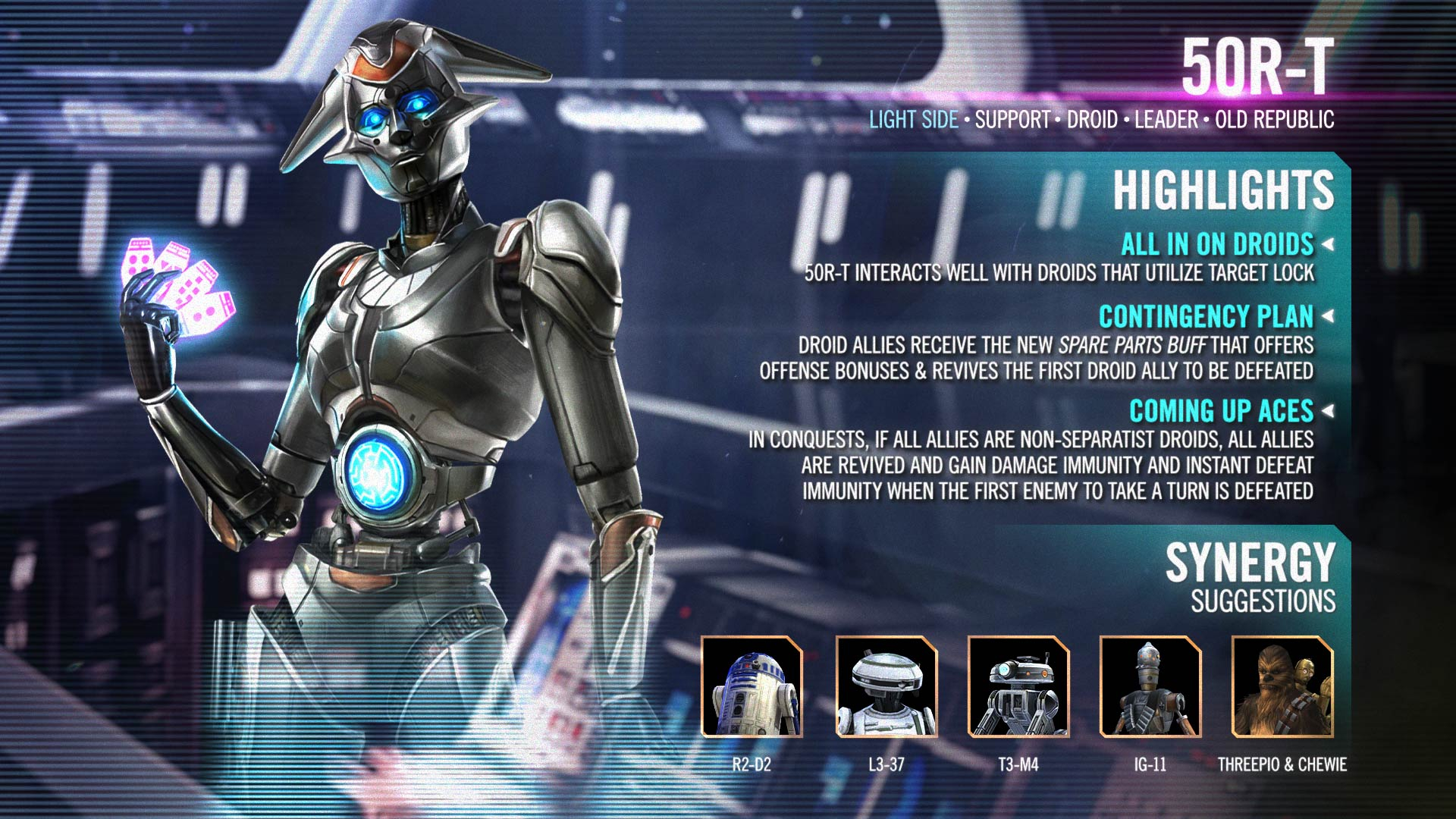 Final Text: Deal Physical damage to target enemy. If the target is Target Locked, this attack is guaranteed to critically hit if able. If all allies are Droids and this attack critically hits, the next ally to take a turn gains Advantage for 2 turns at the start of their turn.

Final Text: Deal Physical damage to all enemies 3 times and inflict Defense Down for 2 turns. At the start of battle, if all allies are non-Separatist Droids, this attack has a 60% chance to inflict Target Lock, and will remove 10% Turn Meter for each instance of damage (max 30%). Additionally, allies gain 10% Offense (stacking) until the end of the encounter each time this ability is used.

All allies gain 5% Turn Meter for each debuff inflicted by this ability (max 60%).

Final Text: Droid allies have +35% Defense, +35 Speed, and gain Spare Parts until the end of battle, which can't be copied, dispelled, or prevented. At the start of battle, if all allies are Droids, 50R-T gains 30% Max Health and 40 Speed.

Spare Parts: +30% Critical Chance and +30% Offense; if this character is defeated, they are revived with 100% Health, gain Foresight and Protection Up (50%) for 2 turns, and dispel this buff from all allies; this revive can't be prevented

While in Conquest: If all allies are non-Separatist Droids, the first time in battle the first enemy to take a turn is defeated, all allies are revived with 60% Health, and gain Damage Immunity and Instant Defeat Immunity for 2 turns, these buffs can't be copied, dispelled, or prevented. This revive can't be prevented.