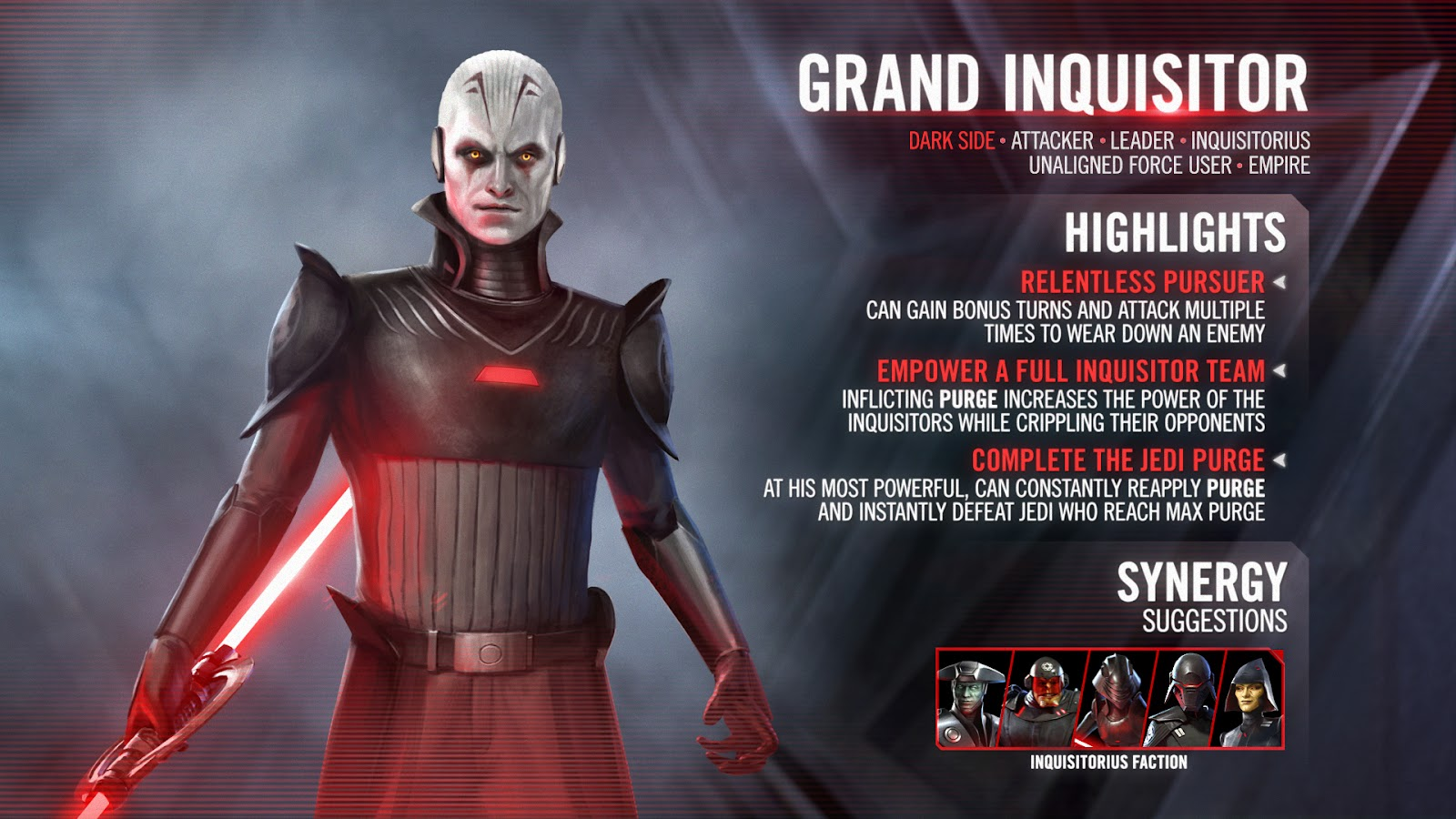 We are happy to introduce you to Grand Inquisitor, a menace and force to be reckoned with on the battlefield. Don’t let him linger around too long otherwise you can expect a debuff bonanza.

How often will the Grand Inquisitor Event be run?
Initial run lasts for 7 days (same as JKL)
Recurrence will be similar to other Legendaries
Does “Compassion Leaves a Trail” count defeated Inquisitorius allies as well for the debuffs?
No, the allies must be active to count for the debuffs. As Inquisitors are defeated, the debuffs will shrink.
Is Torture’s “max 50%” per time you are Tortured or a total max that you can be debuffed in the combat?
You cannot have more than 50% of Defense reduced by Torture, no matter how many times it is re-applied.
Any tips for beating his Event in the Journey Guide?
Each tier is two encounters, the first one being a training session against the Grand Inquisitor, and the second against a Jedi or Unaligned Force User. Many tiers become a lot easier if you use the proper Leader to counter what the enemy is bringing to the battle.