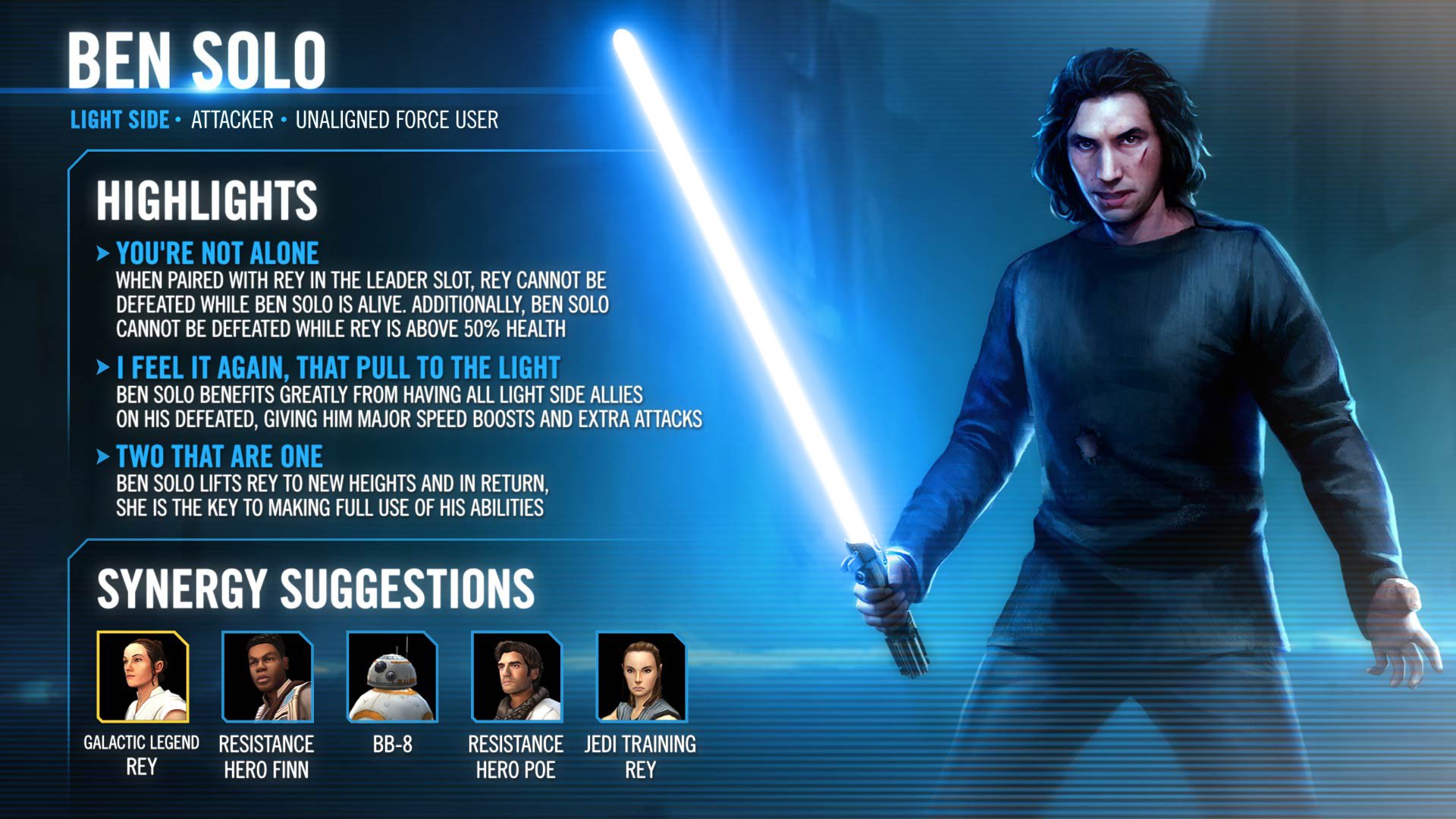 Conquest Volume 7 begins soon and shards for a new character, Ben Solo, will be available for a limited time in this mode! Through the power of a Force Dyad, Ben lifts Rey to new power levels.

Ben's abilities bring damage to Light Side and Rey led teams, with his Basic ability, A Shadow Within, dealing more damage to tanks and his Special ability, Family Legacy, inflicting Armor Shred. In Grand Arenas with an Omicron upgrade on his Unique ability Redeemed, his attacks also ignore protection.

Through his Force Dyad Unique, if all allies were Light Side at the start of battle and there is any version of Rey in the allied Leader slot, all allies gain Instant Defeat Immunity for 1 turn at the start of each encounter. Furthermore, while Ben Solo is active Rey can't be defeated, and Ben Solo can't be defeated while Rey is above 50% health. In Grand Arenas with an Omicron upgrade, Ben can also revive when under a Galactic Legend Rey lead and grant his allies Instant Defeat Immunity.

The Basics:
Unique Attributes:
Inspiration:
Strategy Tips:
FAQ:
How do I acquire Ben Solo?
You can acquire Ben Solo through the next several Conquest events
Why did you choose Ben Solo?
Rey was the first pair of Galactic Legends that was released and we wanted to return to some of the older Galactic Legends that do not have Conquest counterparts. Ben Solo is designed to increase Rey’s viability in a number of different modes in the game.