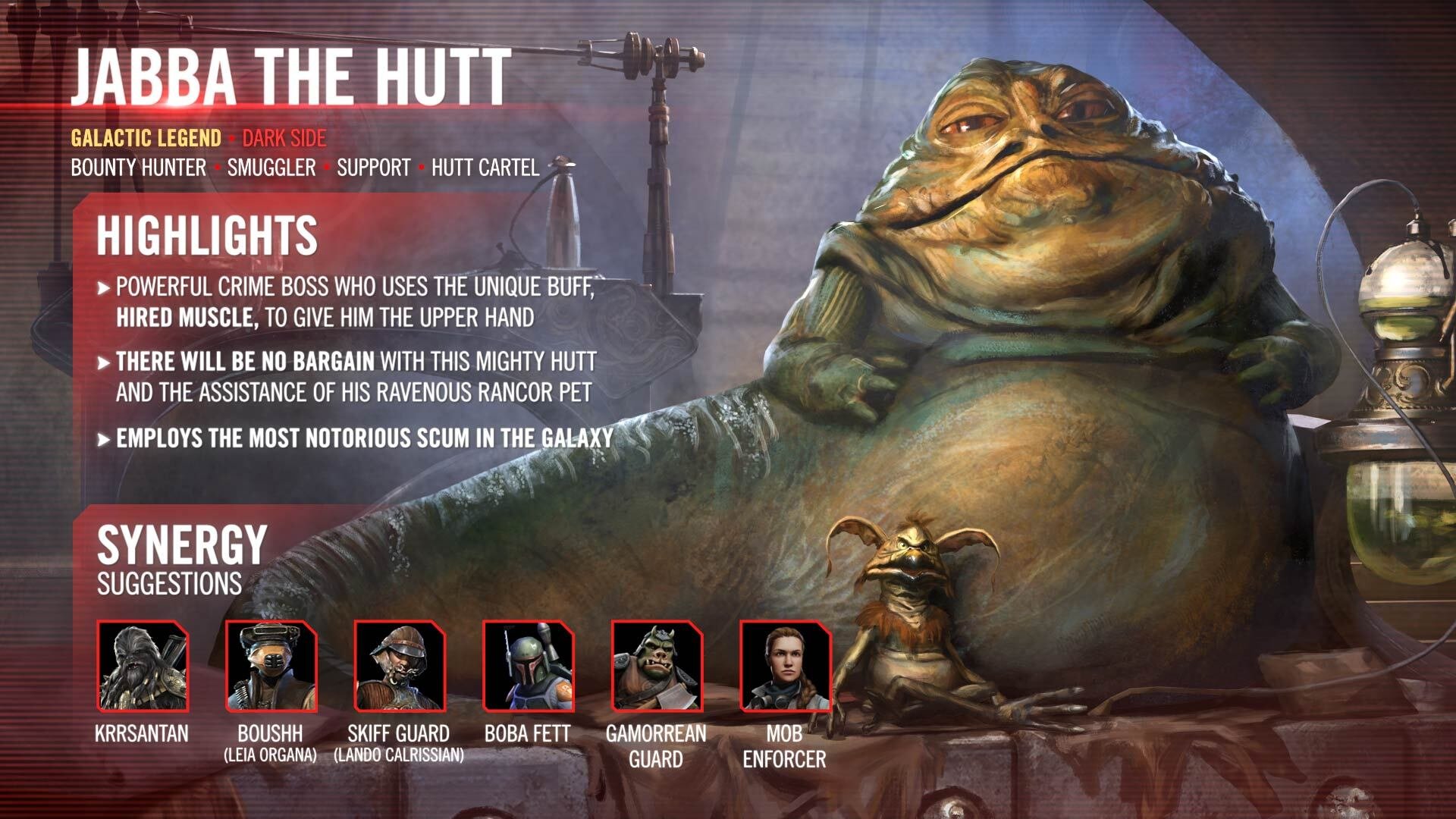 The cunning and ruthless crime lord, Jabba the Hutt, has slithered his way to the Holotable.

Prepare for a life of nefarious acts.

The Basics:
Unique Attributes:
Inspiration:
Strategy Tips:
FAQ:
Does Jabba’s ability His High Exaltedness stack with itself? If a character qualifies for multiple of the tags, do they receive the buff multiple times?
No. A character can only benefit from His High Exaltedness once no matter how many different triggering tags that unit has.
Does the revives from The Illustrious work in GAC and TW for attacks against a defending Jabba squad after the first?
No. Units defeated in previous attacks are unable to be revived in subsequent attacks against that squad.
What is Meathead’s obsession with the word Bestow?
He feels like a mighty Knight in ye olde times.

UNIQUE 3: Large Character
Final Text: This character can't be used in the ally slot and summons are prevented for allies.

PAYOUT: Contract - Jabba the Hutt's Payout
Final Text: Whenever Jabba the Hutt receives Rewards from a Contract, he also gains the following Payout. (Contracts are granted by certain Bounty Hunter Leader abilities.)
Payout: Jabba the Hutt gains 40% Mastery and all his Ultimate Charge gains are doubled for the rest of the battle.

Ultimate: There Will Be No Bargain (Unlock: Relic 01) (12 Ultimate Materials)

There Will Be No Bargain on Galactic Legends: Dispel buffs, inflict Armor Shred until the end of the encounter, deal true damage to target enemy, and Stun other enemies for 1 turn, which can't be resisted.

There Will Be No Bargain on raid bosses: Deal true damage to target enemy equal to 30% of Jabba's Max Health 5 times and Stun all other enemies for 1 turn, which can't be resisted.

This ability can't be countered or evaded.