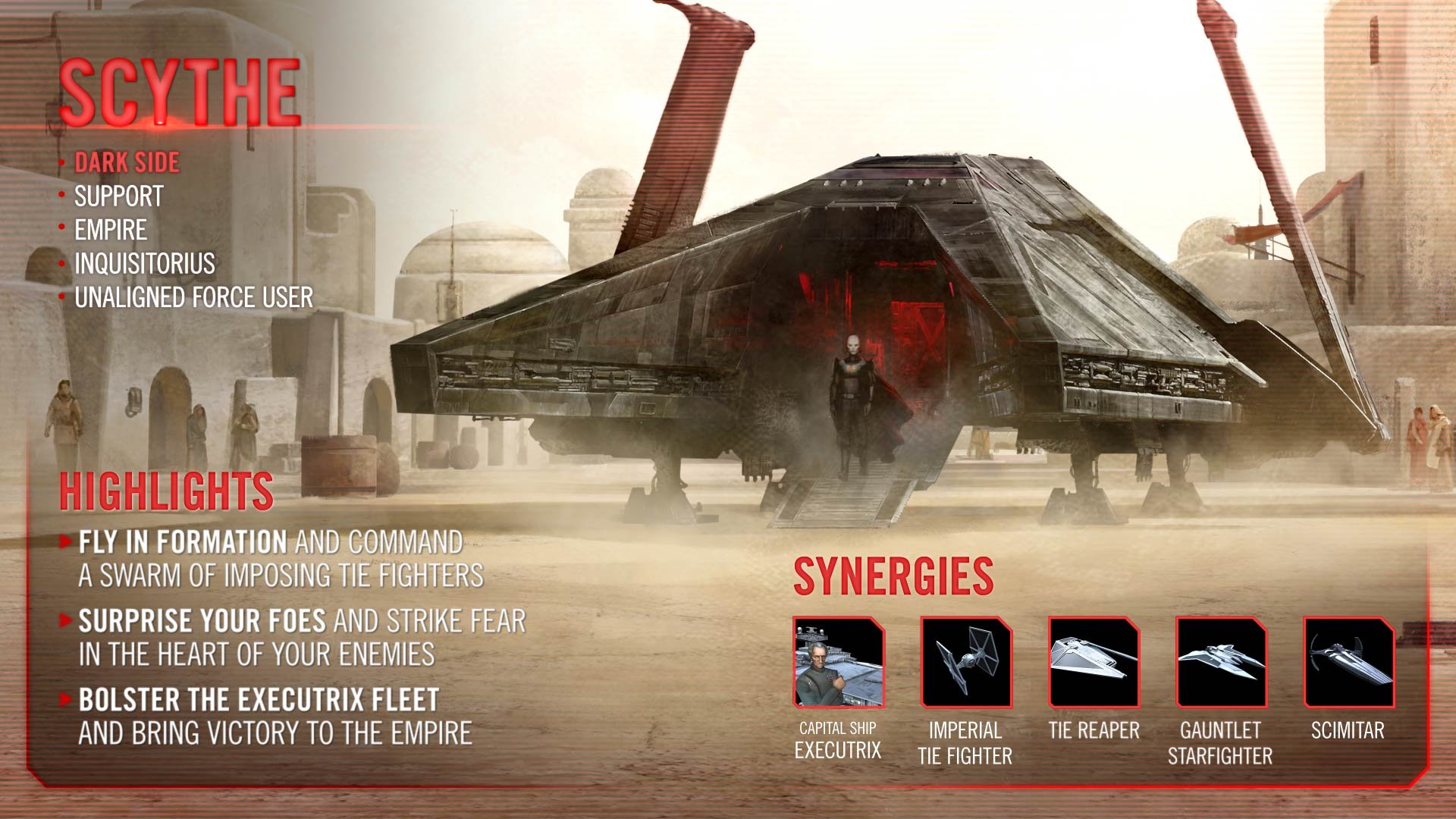 “When discussing the original design for the Scythe, the plan was to have just one crewless TIE fighter. Then when we started to build out the unit in game, someone came along in a meeting and said…

And now there are two.” 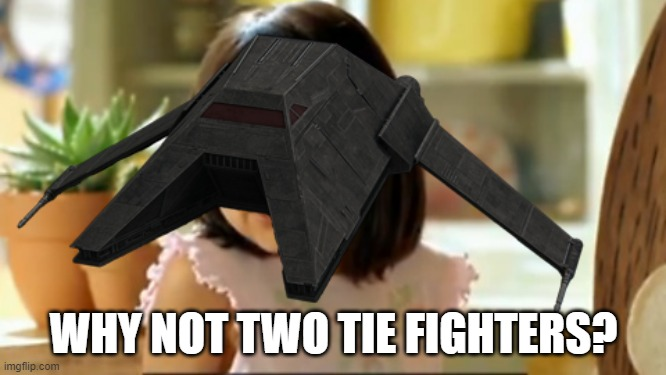 Will First Order TIE fighters count as targets for Scythe buffs?
No, only Imperial TIE fighters are legal targets.

Final Text: Deal Physical damage to target enemy and inflict Defense Down for 2 turns, then gain 20% Turn Meter. If the target is a Jedi, this attack can't be evaded. When scoring a critical hit, grant a random Imperial TIE fighter Foresight for 2 turns that doesn't already have it.

Final Text:Dispel all buffs on all enemies. Recover 30% Health and Protection. Ally Empire ships gain 1 stack of Formation (max 30) for each buff dispelled for 2 turns, which can't be copied.

Formation: +10% Max Health, Offense, and Potency; whenever this ship uses an ability, gain 1% Turn Meter for each stack of Formation

Final Text:Target ally recovers 50% Health and gains Protection Up (50%) for 2 turns, then Scythe uses GA-60s Laser Cannon against target enemy. This attack has +75% Critical Chance this turn if the target is debuffed. If this attack scores a critical hit, inflict Fear on target enemy for 1 turn, which can't be copied or dispelled and can't be evaded by Jedi enemies. If this attack defeats the target enemy and the allied Capital Ship is Executrix, target ally gains Foresight for 2 turns and inflict all enemies with Fear for 1 turn, which can't be copied, dispelled, or evaded.

UNIQUE 1: Two Moves Ahead
Final Text: Allied Empire ships gain 20% Max Health and Offense and 10 Speed. If the enemy Capital Ship is a Jedi, allied Empire ships gain an additional 70% Max Health. At the start of battle, all Empire allies gain a stack of Formation. Imperial TIE fighter allies instead gain stacks of Formation equal to the number of ally Imperial TIE fighters. These stacks can't be copied, dispelled, or prevented and are removed at the end of battle or when Scythe is defeated.


Reinforcement: Surprise and Fear
Final Text: Inflict Speed Down, which can't be evaded or resisted, on Jedi enemies for 2 turns. If the allied Capital Ship is Executrix, inflict Fear on all enemies for 1 turn, which can't be copied, dispelled, or evaded, and summon two crewless Imperial TIE Fighters.