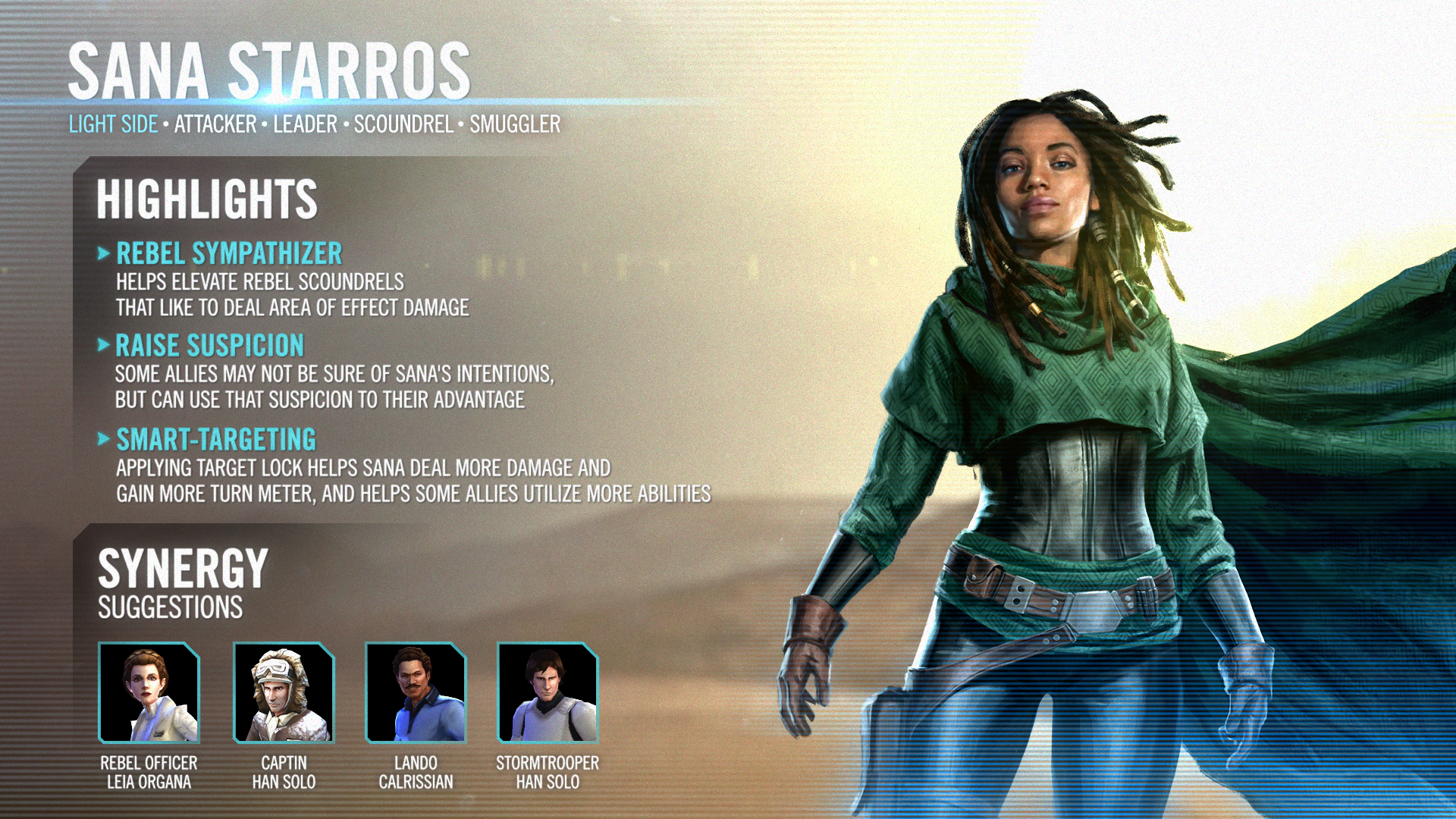 Key Attributes:
Inspiration:
Strategy Tips:
FAQ:
Can we get clarification on “The first time each turn Rebel allies and Sana deal damage more than once”?
If there is more than one instance of damage in a single turn, either from a character doing damage multiple times to a single enemy, or multiple enemies taking damage from an Area of Effect attack, then the effect will be triggered.
Where is her Omicron, what does it do?
Her Omicron is in Territory Wars and adds a buff dispel,inflicts Healing Immunity, as well as making her squad immune to the Daze condition.
Have a question about Sana Starros’ Kit? Fill out this form:
CLICK HERE

Final Text:Rebel Scoundrel Tanks recover 20% Protection. Dispel all debuffs on non-Tank Rebel allies and Sana. Sana and they gain Critical Chance Up and Stealth for 2 turns. Then, call all Stealthed allies to assist with +100% Critical Damage.

Final Text:Deal Special damage to all enemies and inflict Tenacity Down for 2 turns. Then, deal damage again to all Target Locked enemies and Stagger them for 1 turn.

UNIQUE 1: A Professional I Can Trust...ish
Final Text:Sana has +35% counter chance and +20% Critical Chance. At the start of each Rebel ally's turn, whenever Sana evades an attack, or whenever Sana attacks out of turn, all non-Scoundrel allies are inflicted with Suspicious for 1 turn, which can't be copied or resisted. Sana assists whenever a non-Attacker Rebel Scoundrel uses a Special ability. Whenever Sana assists this way, she recovers 20% Protection and Rebel allies recover half that amount. Whenever an enemy is inflicted with Target Lock, Sana gains 5% Turn Meter.
Suspicious: -10 Speed, +100% Critical Chance (Does not stack with Critical Chance Up)