Here are the update notes for our major update which features Mods.

Prior to this update, there were four progression systems for characters: level, rarity, gear, and abilities. Each of these were a pre-defined progression per character. The end result is that two players who have maximized the current caps on those systems for a given character would have the identical character.

With the introduction of Mods, we are enabling players to bring strategic creativity to character development. Now a character can emphasize different strategic aspects depending on how you want to have that character play. This will engender a much broader set of strategic challenges and opportunities for players.

Note that Mods open up once a character reaches level 50. This is to ensure players have mastered the other four progression systems before they add Mods to their play experience.

Beyond Mods, there are a host of improvements, optimizations, and bug fixes to make your play experience even better.

On behalf of the entire team, we hope you enjoy our latest update!

Please note that this update can be manually updated on 7/12/2016 from either the App Store or Google Play, or players may wait until 7/13/2016 when it is rolled out to all players and they’ll be updated automatically.

NOTE: Not all of these changes will be visible in game until all players are on the same version on 7/13/2016.

Mods
Mods are our newest feature that allows customization of character stats
Mod Battles
The first location to earn Mods is through Mod Battles, which unlocks at level 50
Mod Challenges
Mod Challenges is an opportunity to earn higher rarity Mods (Rarity 3-5) by assembling specific squads
Character Detail Updates
The Character Details screen has been updated to incorporate Mods.
Mod Management
The Mod Management screen is where Mods can be equipped on a character
Set Bonus and Max Set Bonus
Assigning multiple Mods of the same Set to a character will provide a Set Bonus
Selling and Finding Mods
In the Sell screen, Mods can be sold for credits
Upgrading Mods
Mods can be upgraded to become more powerful
Additional Mods Information
Guild Exchange: Donating Gear
Guild Exchange is a new benefit available to Guilds that allows Guild Members to request and donate gear pieces to other Guild Members.
Sim Ticket Improvements
A variety of improvements have been made to sim tickets to expedite the sim process

Improved Messaging on Perceived Account Loss
Many of our players have had a frightening experience where they logged into the game and were presented with the tutorial making them think that their account was lost when in reality they were logged out of GameCenter or Google Play and were placed in the Guest account. In this situation we are now providing better messaging to help the player realize what happened and correct it.
Other new Features
&nbsp 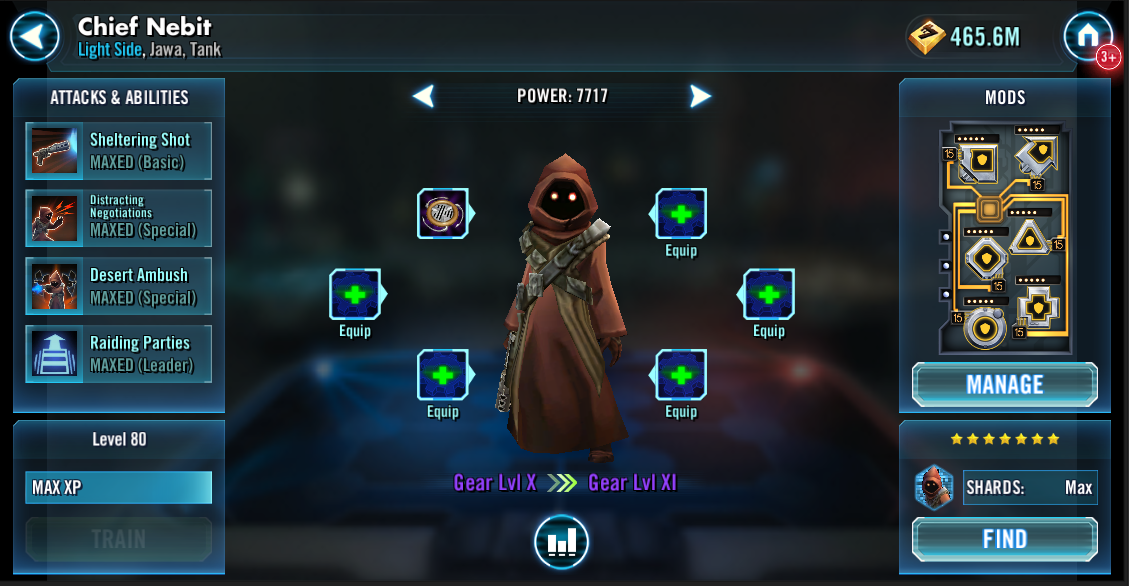 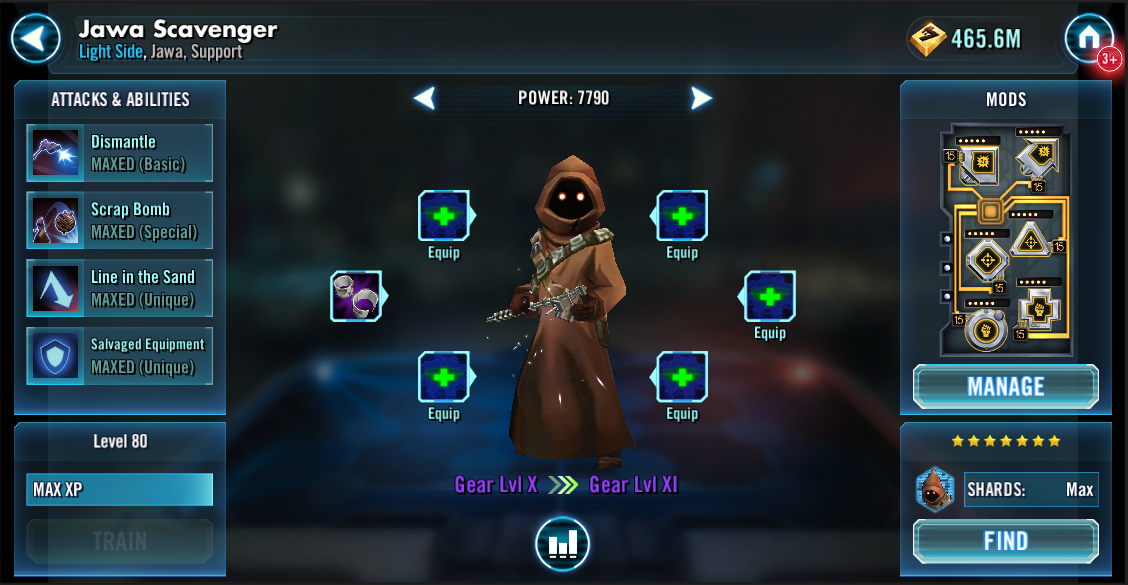 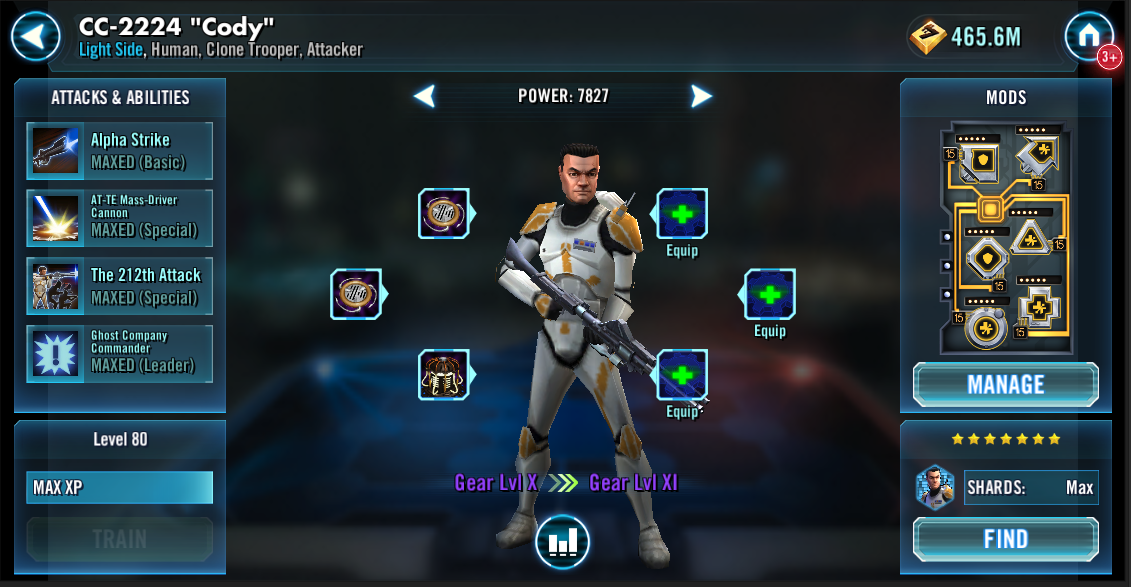 Clone Attacker that Stuns and calls tons of Assists.
Unlocks at 3 Stars (50 Shards)


Community Manager for Star Wars: Galaxy of Heroes | Follow me on Twitter - Darokaz
Nebit.PNG 711.3K
JawaScavenger.PNG 709.7K
CommanderCody.PNG 752K
0
Reply to this topic
This discussion has been closed.