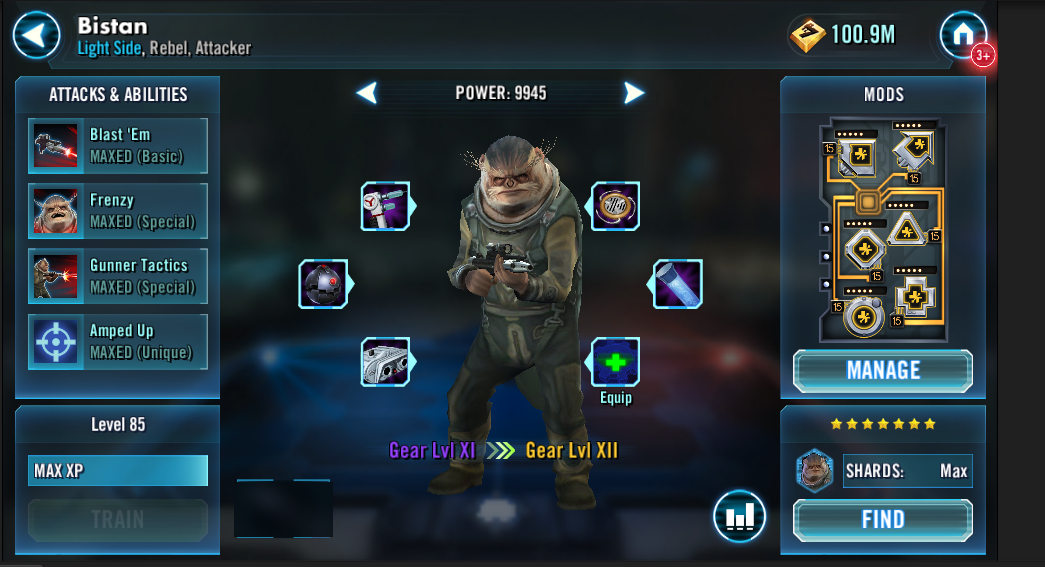 Unique Ability – Amped Up: General Strategy Hero Synergies Where to Use
• Bistan’s high damage and strong affinity with the Rebels makes him perfect for the Tenacity Mod Challenges.
• Bistan also excels during phases two and four of the AAT raid, able to burst the toppled tank with repeated attacks out of the normal turn order.