The final score is just over 65% and 2.6M damage. I had some bad RNG at the start and in the middle but also managed to drop another 10% (after the video ends) using the last 2 GG turns.

I changed up a couple of mods to make Jyn and Teebo faster. Also removed CD mods on everyone except TFP. 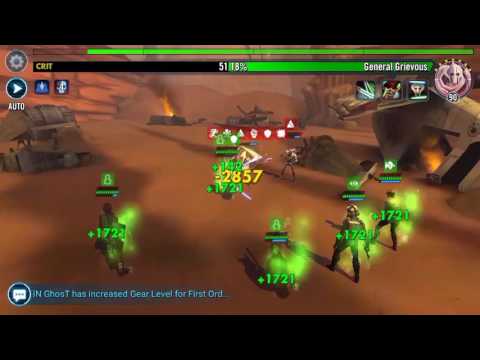