[Mega] The Road Ahead for Star Wars: Galaxy of Heroes 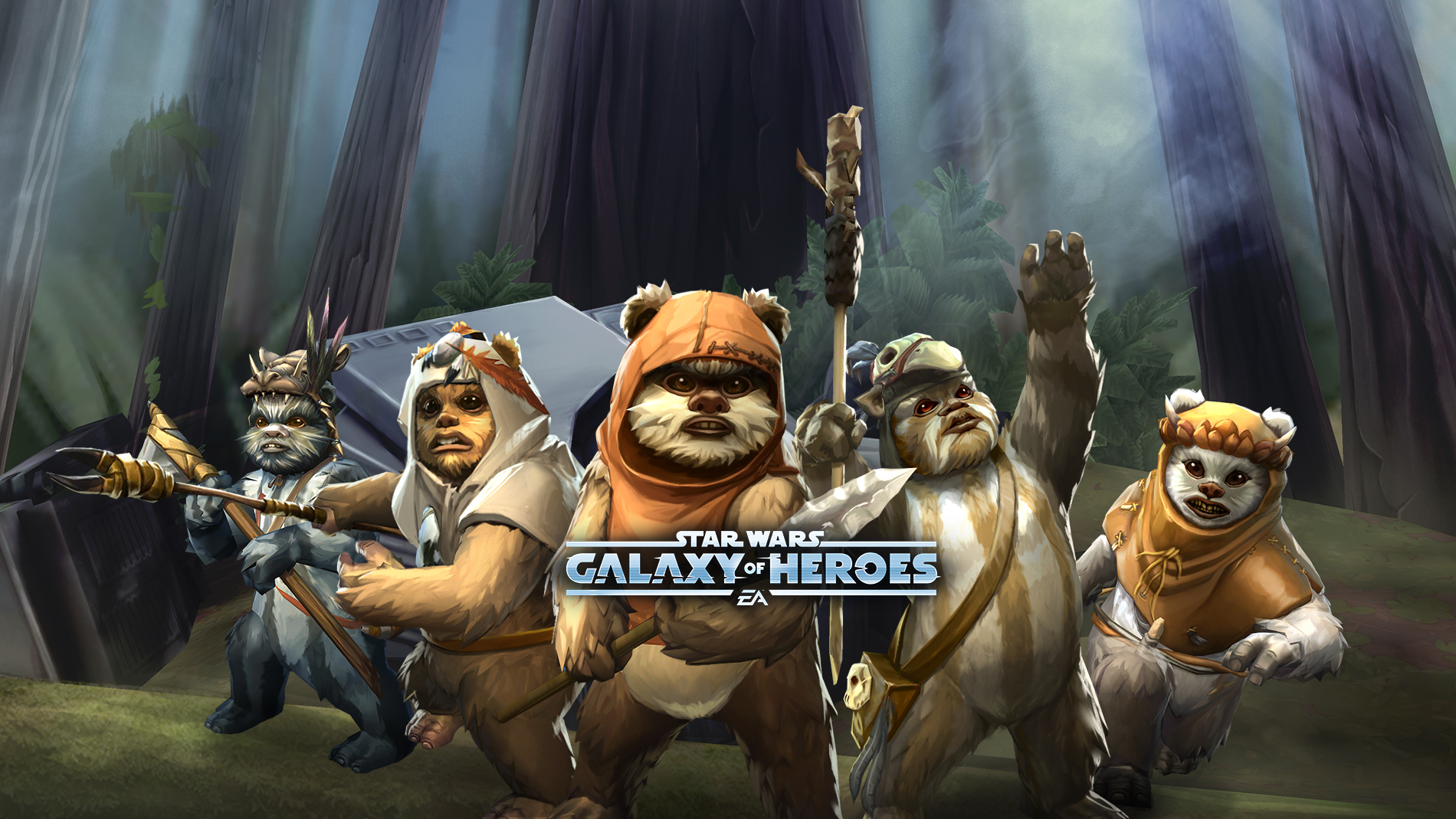 EWOK INVASION
Ewoks are taking over the Cantina in July and they're popping up everywhere!

Here are a few things players can look forward to this month:
HERO’S JOURNEY - LUKE SKYWALKER

Step into Luke Skywalker’s shoes and experience his journey from Farm Boy to Rebel Hero!

This is the first event of a new series where you’ll retrace the steps of the iconic hero LUKE SKYWALKER from his humble beginnings on Tatooine through his daring escape from the Galactic Empire’s ultimate weapon.

Completing this event will unlock the next iteration of Luke Skywalker: COMMANDER LUKE SKYWALKER.

Star Wars™: Galaxy of Heroes launched worldwide in November 2015, and since then we’ve added incredible content and features including Guilds, Mods, and Ships. But we’re taking the game to an unprecedented level with the new feature: Territory Battles.

Strategize on the Battlefield

You can already collect your favorite characters and ships; now take them into epic scale combat for special bonuses and rewards!

The goal of Territory Battles is for you and your Guild to take over one of the most iconic battlefields in the Star Wars galaxy - the ice planet of Hoth. Conquer your way across the battle map, deploy squads and fleets, complete different mission types, and capture strategic targets that can change the tide of battle.

Battle with the Full Force of Your Entire Collection

Bring the strength of everything you’ve collected into the fight for iconic locations. Now, every unit you collect - and every upgrade - matters - that means it’s not only your few most combat-worthy squads that can make a difference. You can deploy your entire collection - including ships - to the front line, and then send them on missions which will test your units’ endurance and power.

Coordinate on battle and map strategy across multiple mission types using the collective strength of your friends’ squads and fleets. Every participating member in the guild earns equal rewards.

Succeed or fail together in a new collaborative reward structure as you earn exclusive gear and characters like Hoth Han, Hoth Leia and more. Stay tuned for more details on Territory Battle-exclusive rewards!

This is just some of the exciting content we have planned for players over the months ahead, so be sure to check back often for updates or head to our forums to join the conversation!