@Mcmole FYI and also thanks for laying the foundation for this type of squad! Along with @Josh_K 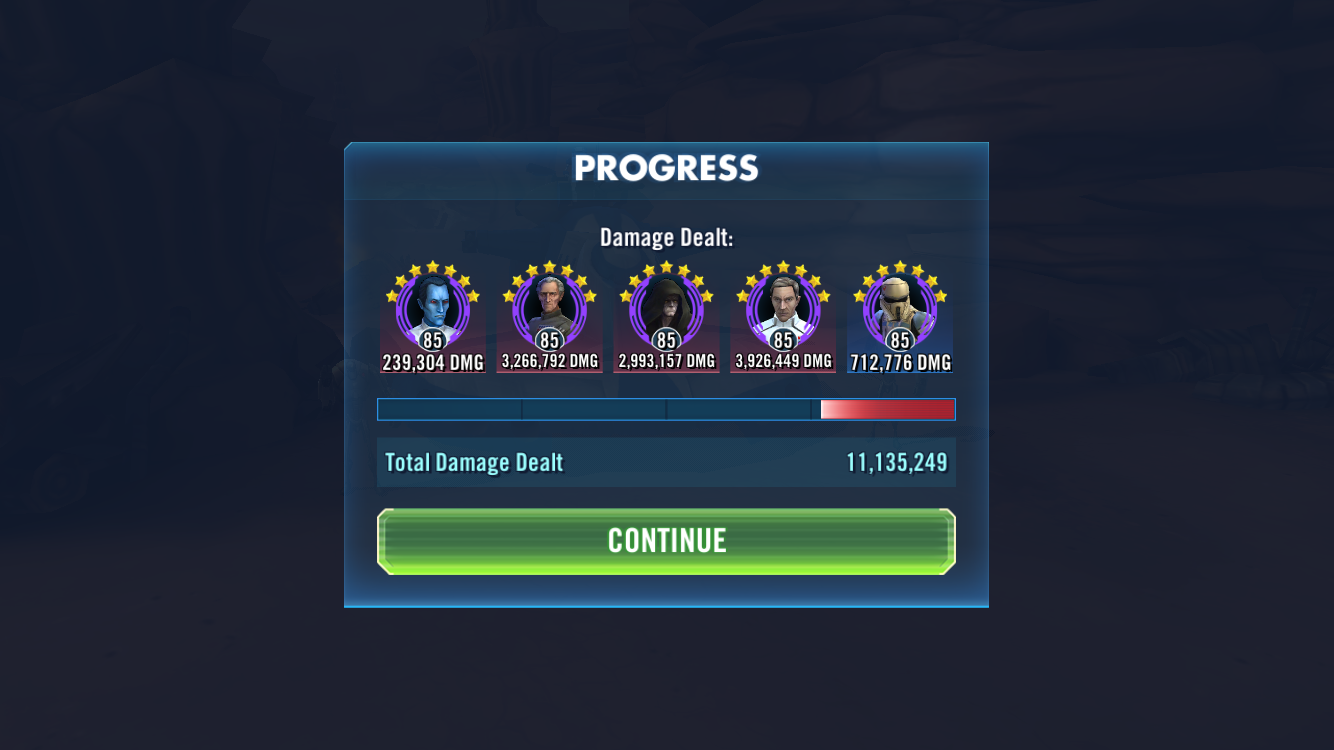 1. Shore was at 207 speed, Tarkin was 260+, Thrawn I actually had at 180 speed so he could fracture quicker, EP was 223 and DK was 243
2. Did not have Shore's taunt Omega'd, so Tm gain was just at 12% (would be better obviously if 15%)
3. Thrawn's lead here is Zeta'd so when EP uses hate flow it actually adds survivability to Shore (I have Shore's protection near 60k, so 2% protection when O up pops on is 1400 protection and you get 1400 again when it drops off)
4. Between EP's stun and hate flow, Tarkin's aoe, and DK's stagger, controlling the adds is a breeze - except for a few basic hits to finish a few strays off, you can almost ignore them
5. Did this all manual and took a bit less than 90 minutes
6. EP's hate flow is probably the best possible move in this situation since it doesn't add TM despite removing health, takes the 15% TM away, and gives your team O up to do more damage

All hail king Thrawn! They definitely made him crazy OP in raids and he completely breaks the droid in P3. There may be a few other possible combos, but it's pretty key having 2 natural specials + the cleanse from Thrawn's leader on as many toons as possible. I'd be concerned about Vader with his 4/5 CD on his specials.

Just wanted to post this for people that may not have Jyn or would prefer to go full Empire - definitely don't need her for huge damage / solo.
0