The Road Ahead (MEGA)

Hiya Holotable heroes,
In the past month and a half Star Wars™: Galaxy of Heroes has had some exciting additions to the game. We’ve seen players’ determination and total domination in getting Commander Luke Skywalker, conquering Territory Battles, and acquiring Gear XII.

We are seeing many different strategies as guilds are figuring out how to maximize their star count. If you’re not currently in a guild, or if your guild is feeling too small to take on the Territory Battle challenge, we strongly recommend you join up with other players to make your guild as large and powerful as possible.Territory Battles is just the beginning of the type of epic guild activities coming down the road.
Territory Battle Cadence and Rewards

We recently announced that Territory Battles are going to continue to last for six days, and will then be followed by a four-day cooldown before starting again. As we mentioned in this post it became clear that we needed to give guilds a longer break between Territory Battles. As always, we will evaluate the schedule based on data, player feedback, and player participation needs. To compliment this change, we’ve increased the reward payout from Territory Battles, as well as added three new Special Missions for additional rewards. As always, we are constantly iterating on features. We’re looking into some other places for players to earn Gear XII. We are also considering providing some better tools for Guild Leaders and Officers to manage how their guild plays Territory Battles.
In the coming months, we are going to be introducing a second Territory Battle map. Our newest Territory Battle is from the point of view of the dark side. Both maps will allow deployment of all troops. We’ll have more details very soon.

The Next Step in Guild Battles… is versus other Guilds 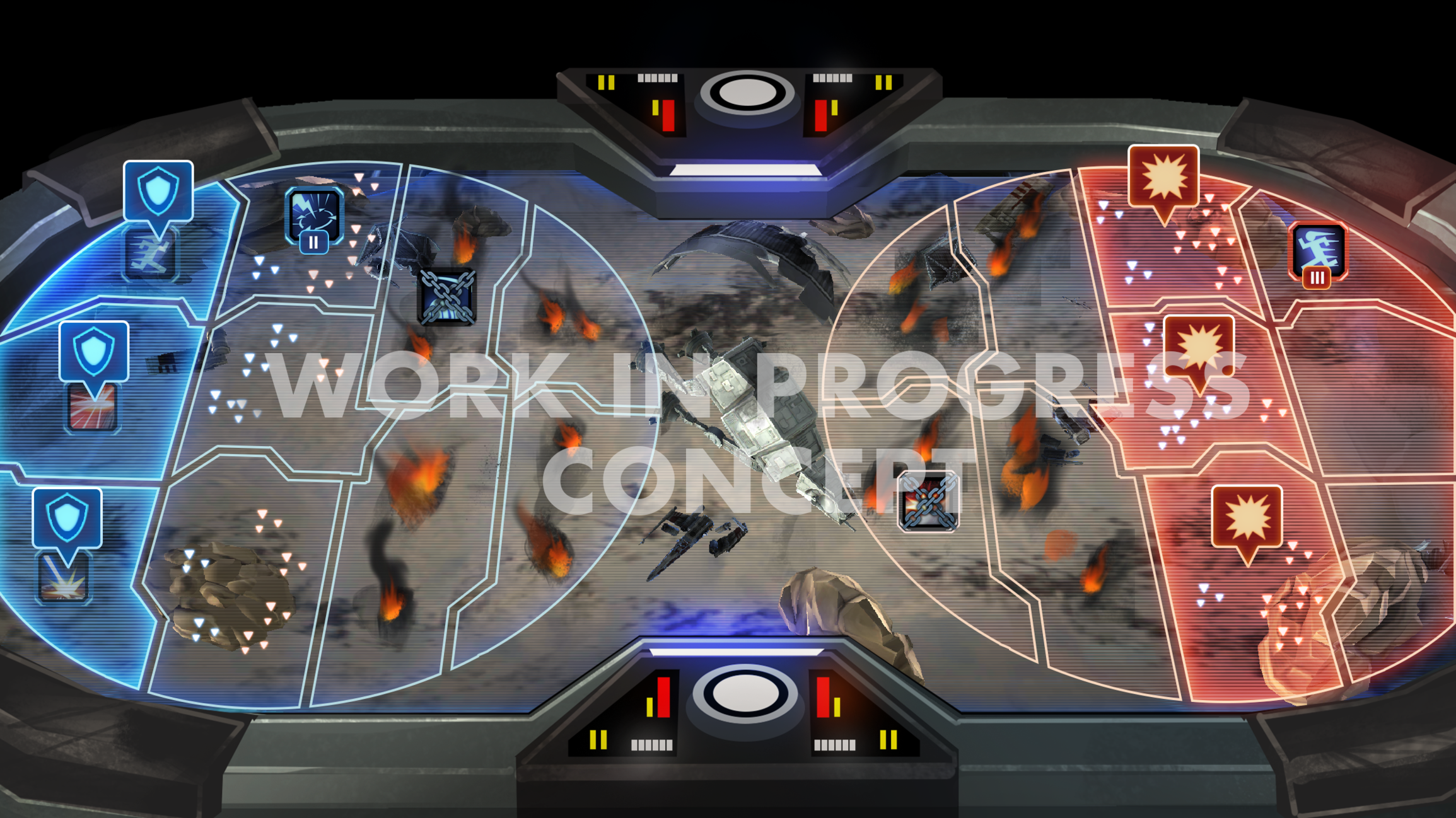 We are very excited to announce that after Territory Battles, we are working on the next step in Guild Battles… something we are calling Territory Wars. The initial Territory War map will take place on the Planet Jakku.
This mode will bear some similarities to Territory Battles, but instead of your Guild playing against the game, you’ll be competing against other Guilds. In this mode, you will play both a defensive and offensive game, one in which you must determine which parts of your collection you think will stand and fight for your territories and which you want to take down your opponents.
Both guilds will compete to see who gets the most territories, so strategy is key. Be prepared for anything in this Guild vs. Guild strategy competition!
We’ll be talking more about Territory Wars in the upcoming month, so keep an eye out. In the meantime, make sure you’re guilded up (using our new Guild Search functionality) are well-practiced on Territory Battles, and have several squads/fleets that are ready to battle other players.
Star Wars™: The Last Jedi™
Our first character from Star Wars™: The Last Jedi™ will be making an appearance before the movie comes out in December. This is going to be a variant of a character that fans of Star Wars are already familiar with, so stay tuned for more details. 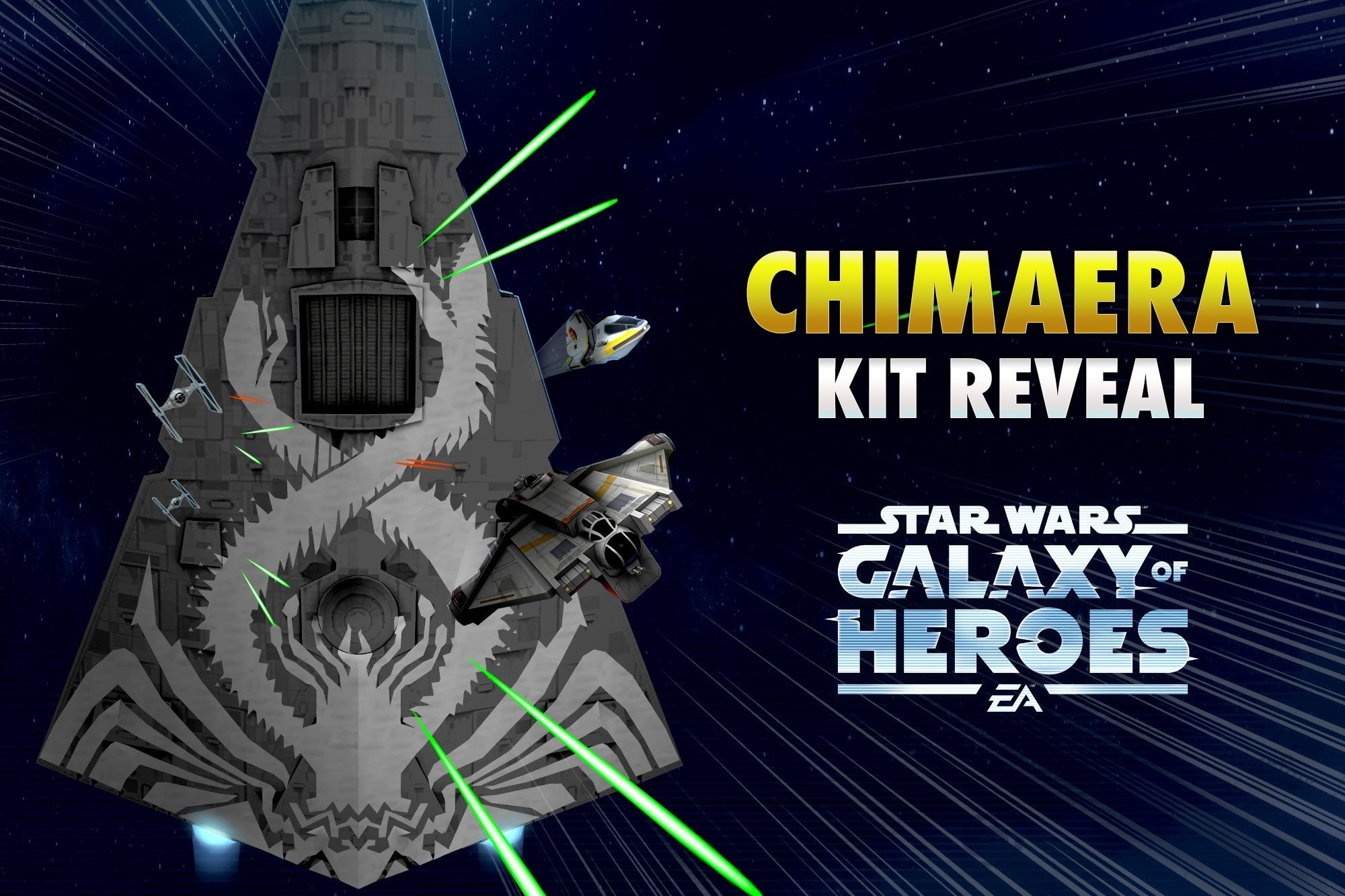 First up, we start the month with big news in ships! Grand Admiral Thrawn’s Capital Ship, Chimaera, is being added to the game in the first ship Legendary event – and it goes all the way to 7 stars. With this addition, the other Capital Ships (Home One, Executrix, and Endurance) can also be leveled up to 7 stars in a new event, Fleet Mastery. This event series will return monthly and give players a chance to earn blueprints to bring their Capital Ships to 7 stars.
Also, some highly sought-after ships are making their way into the Cantina; so keep an eye out for their locations. Finally, we are changing the reward structure for Fleet Arena. We’re still working out the details, but we are hoping to make competition at the top end more… rewarding.
Nightsisters
October will also see one of our more popular factions get a much-requested update. We’re introducing several new Nightsister characters, so be on the lookout for their events. Finally, we’re going to end the month with a spirited, seasonal event; let’s see what else we can dig up with the Nightsisters.