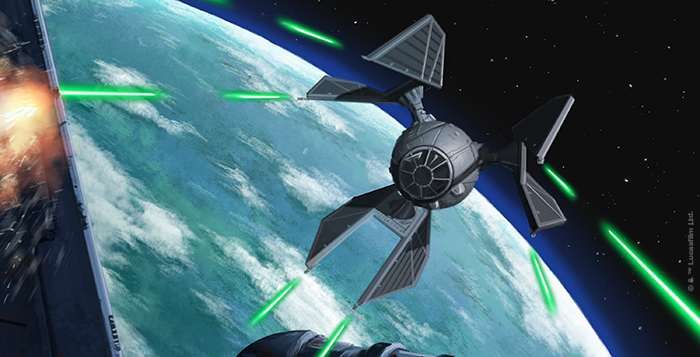 Deal Special damage to target enemy, Stun them for 1 turn and remove 100% Turn Meter. Then Empire allies gain 20% Turn Meter.
Target Lock: This attack is a guaranteed Critical Hit and can't be Evaded or Resisted.

Deal Physical damage to all enemies and dispel all buffs on them. If there are any defeated enemies, also inflict Deathmark for 2 turns on the primary target.

Enter Battle: Remove 50% Turn Meter from the enemy Capital Ship, which can't be Resisted. While TIE Defender is active, Empire allies gain +5 Speed and +10% Offense (stacking) each time they score a Critical Hit.
Post edited by dimi4a on March 2019
1