Rangerj1999
8 posts Member
May 30, 2018 10:17PM
Ships 2.0 is out. The brainchild of a mad man. A community in chaos. Confusion is all around us. Anger is spreading. Somewhere in the distance, Emperor Palpatine is bathing in the hate that follows through most. Who would create such an instrument of villainy? Who would implement such a system with a lack of common sense and understanding of human reactions? With many quitting the game, the RSG crew is here to voice their opinions and let you know what THEY think about ships... and yes, Ranger will too!

So join us in this week's RSG SWGOH Live Episode! 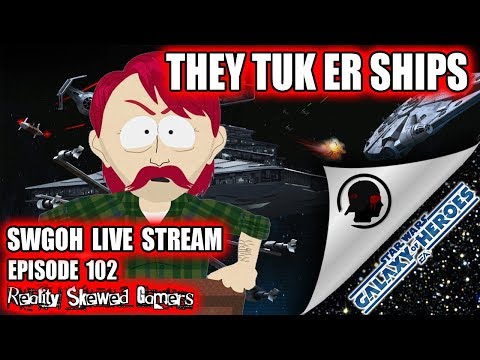