Woodroward
3749 posts Member
June 14, 2018 10:50PM
So I have been Working on ways to win ever since 2.0 came out. I was running a full republic fleet with boba geo and Cassian as the other 3 so I had no choice but to rebuild my fleet strategy from scratch since the update more or less killed pure republic fleets.

Well I'm finally back in the top 10, and I'm not running the meta. My fleet is all about damage. 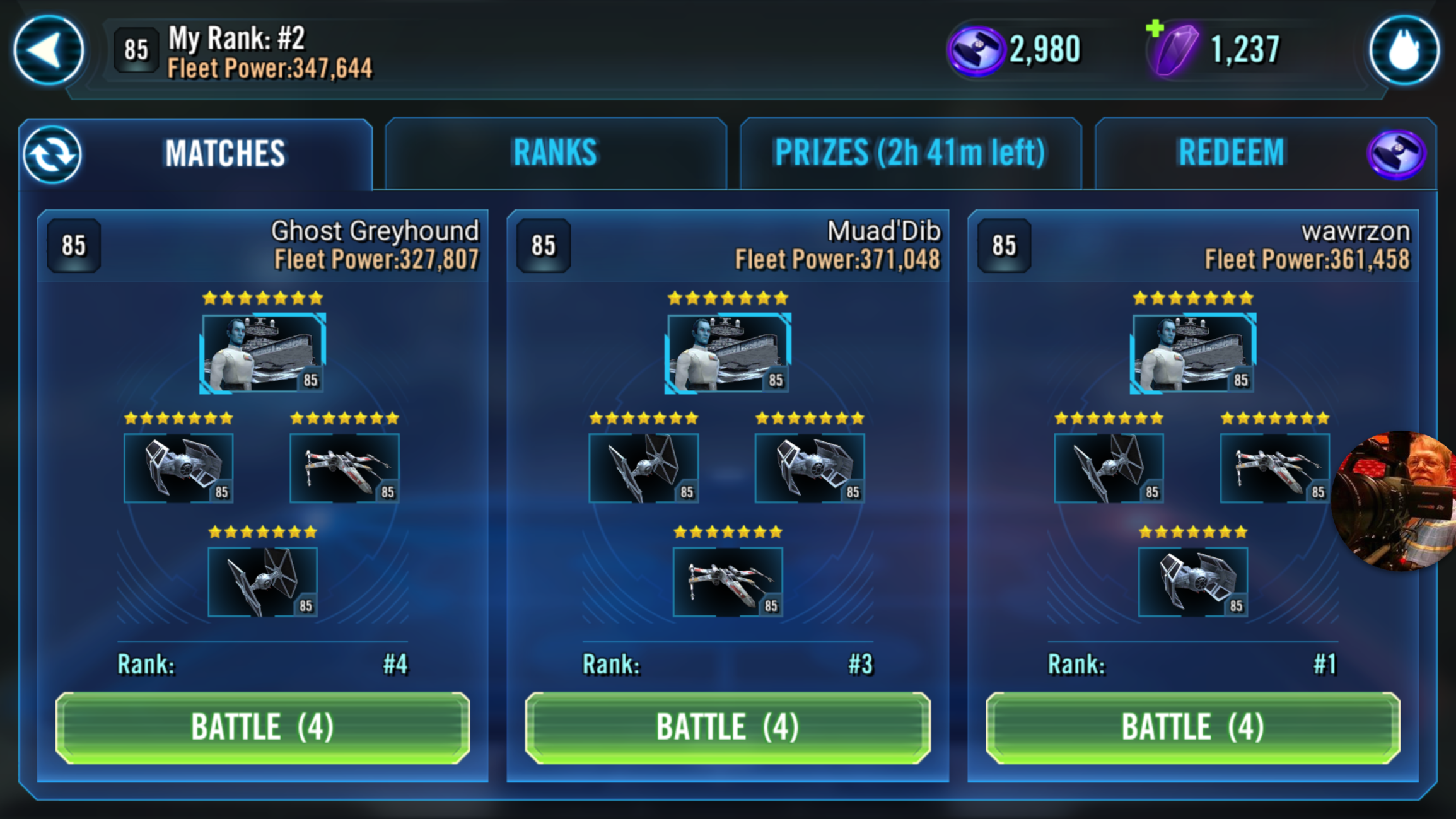 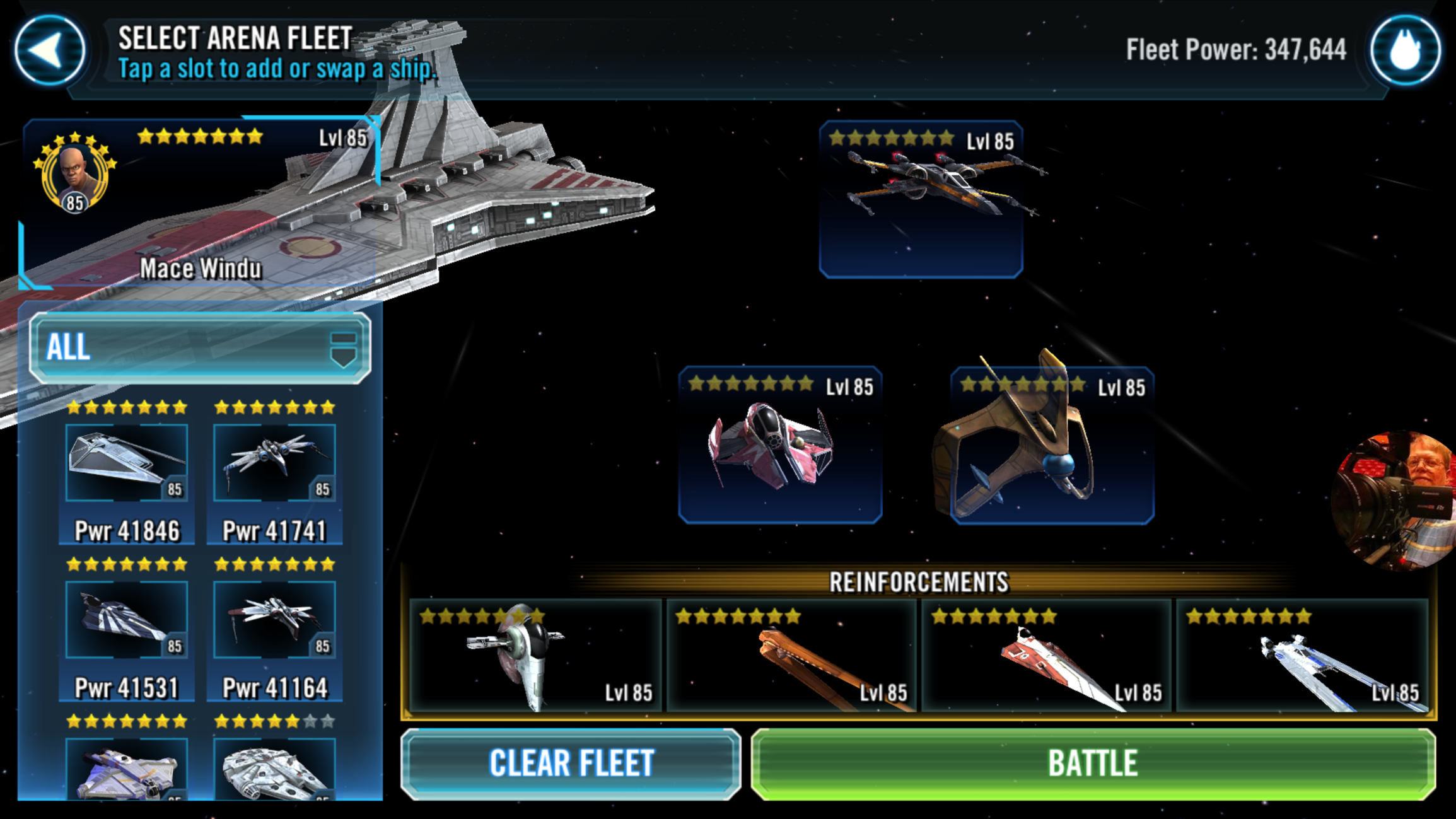 So this is my lineup. Starting 3 are fast and hit hard followed by many assisters.
Cassian to buff wipe, consular for prot regen, geosol for massive damage, or boba for some defense that damages. It's a good alternative fleet to the meta.

Anyway there it is. Once I figure my new phone out I might record some matches. Questions? Comments? All are welcome.