FINAL TEXT: If target enemy has feet, deal Physical damage to them and inflict Speed Down for the rest of the encounter. While the target has this Speed Down, they are inflicted with Stagger at the start of their turn. These effects can't be resisted or dispelled. 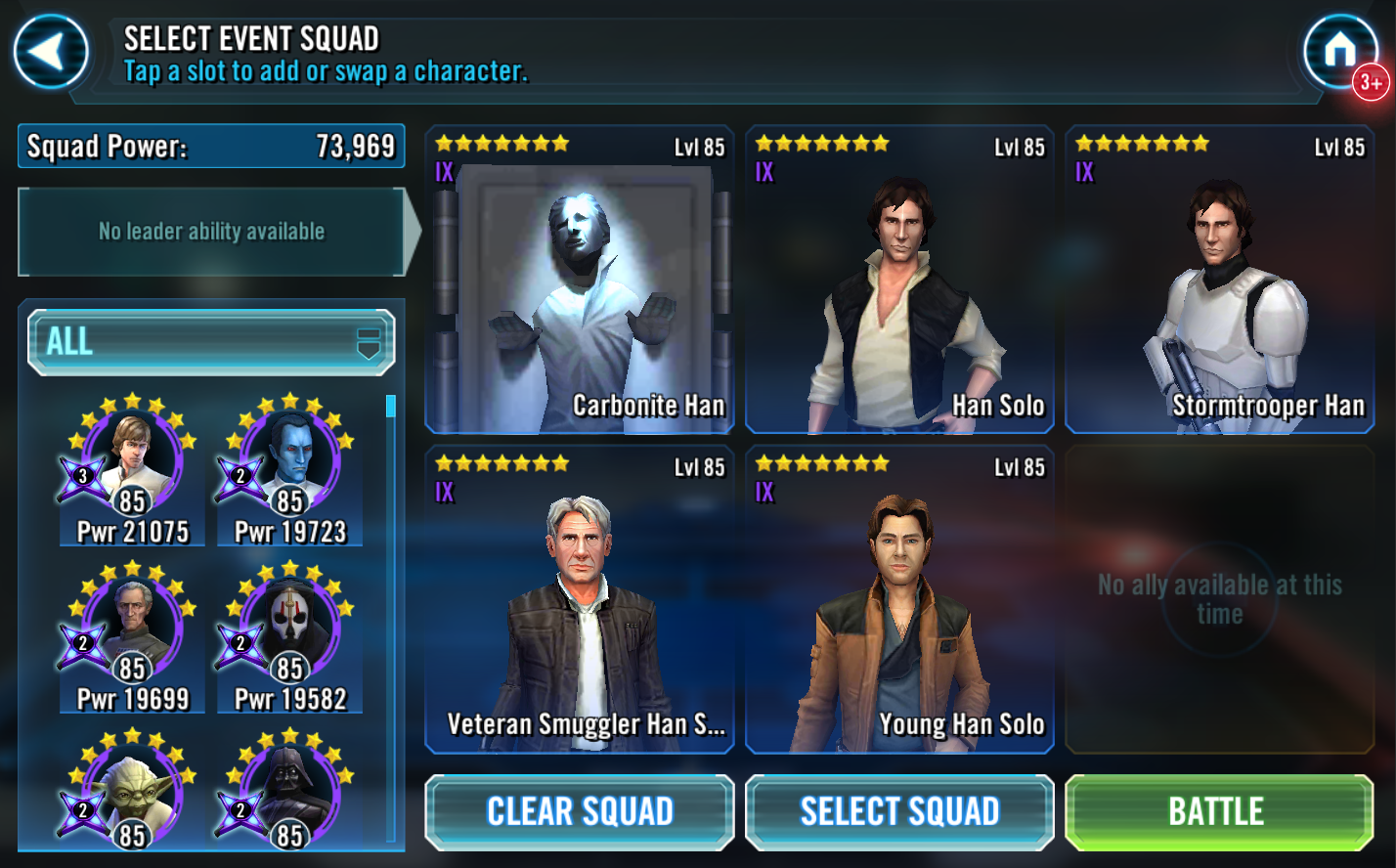 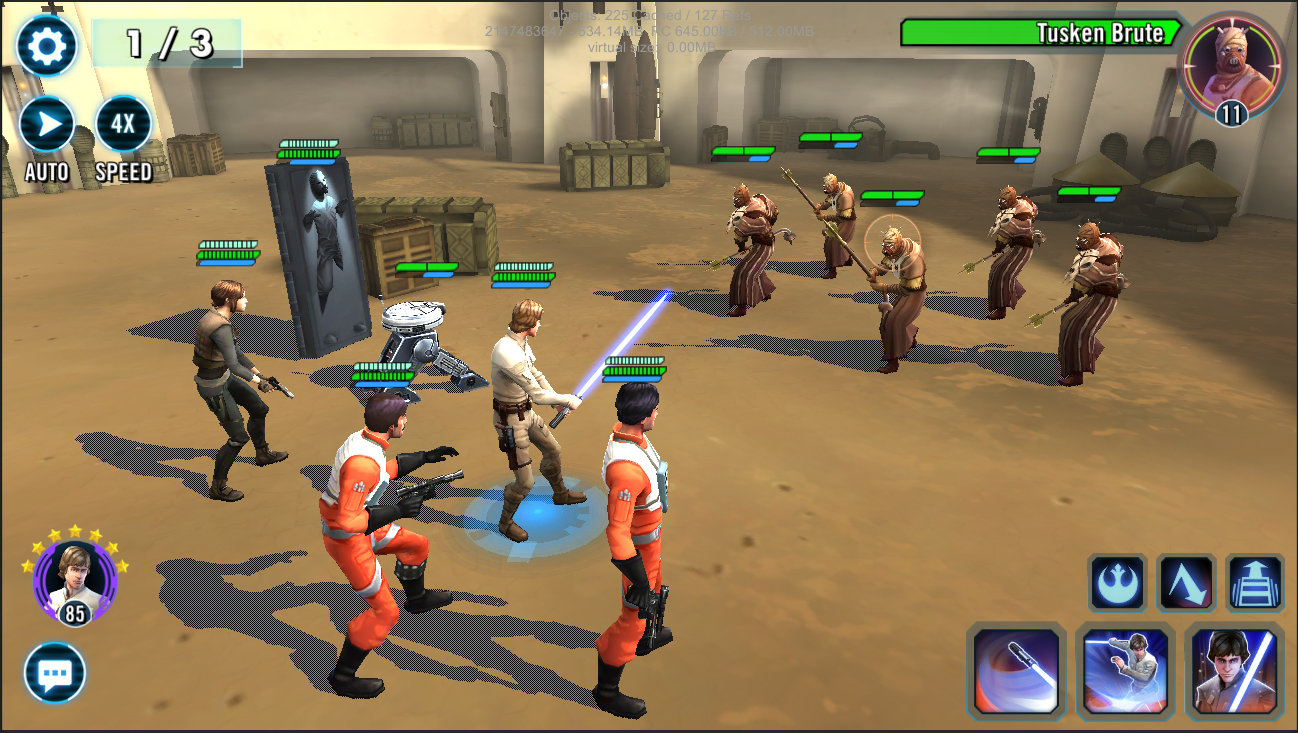 FINAL TEXT: At the start of the battle, Carbonite Han gains Taunt and Damage Immunity until he is defeated. Heat attacks with a sufficient heat threshold ignore this Damage Immunity but remove 20.19 stacks of Frozen. These effects can't be dispelled.

FINAL TEXT: (ZETA) At the start of each encounter, Carbonite Han gains 3720 stacks of Frozen. Whenever Princess Leia or Boushh attacks, Carbonite Han loses 8 stacks of Frozen. Whenever an enemy Boba Fett, Gamorrean Guard, Jabba, Darth Vader, Stormtrooper, or Ugnaught attacks, Carbonite Han gains a quarter of the number of stacks lost since the last time he had stacks reduced for each Boba Fett, Gamorrean Guard, Jabba, Darth Vader, Stormtrooper, and Ugnaught enemy, unless he gained stacks since then. If he gained stacks since the last time he lost stacks, he instead gains thrice as many stacks as he would have stacked, plus an additional 3 stacks for every cube root of stacks he lost since the last time he lost stacks. Whenever Carbonite Han loses stacks, if Princess Leia doesn't have Stealth or if Boushh doesn't have a Thermal Detonator, the enemy Jabba takes an immediate bonus turn. Whenever Carbonite Han gains stacks, if Princess Leia has Stealth and Boushh has a Thermal Detonator, all Black Sun enemies take a bonus turn and deal 4.1 times more damage for each 1.4 stacks of Frozen on Carbonite Han during this bonus turn.