Have you unlocked Darth Malak and looking to share your vast knowledge of this Sith Empire villian with the community?

Are you a newer player who would like to borrow a really strong Darth Malak to use on the Dark Side, Cantina, Mod Battle or challenge holo-tables?

Are you an older player who did not unlock Darth Malak but want to test him out?

Here, veteran players with Darth Malak can post their ally codes, allowing players who do not have Darth Malak to become allies with them and borrow him! 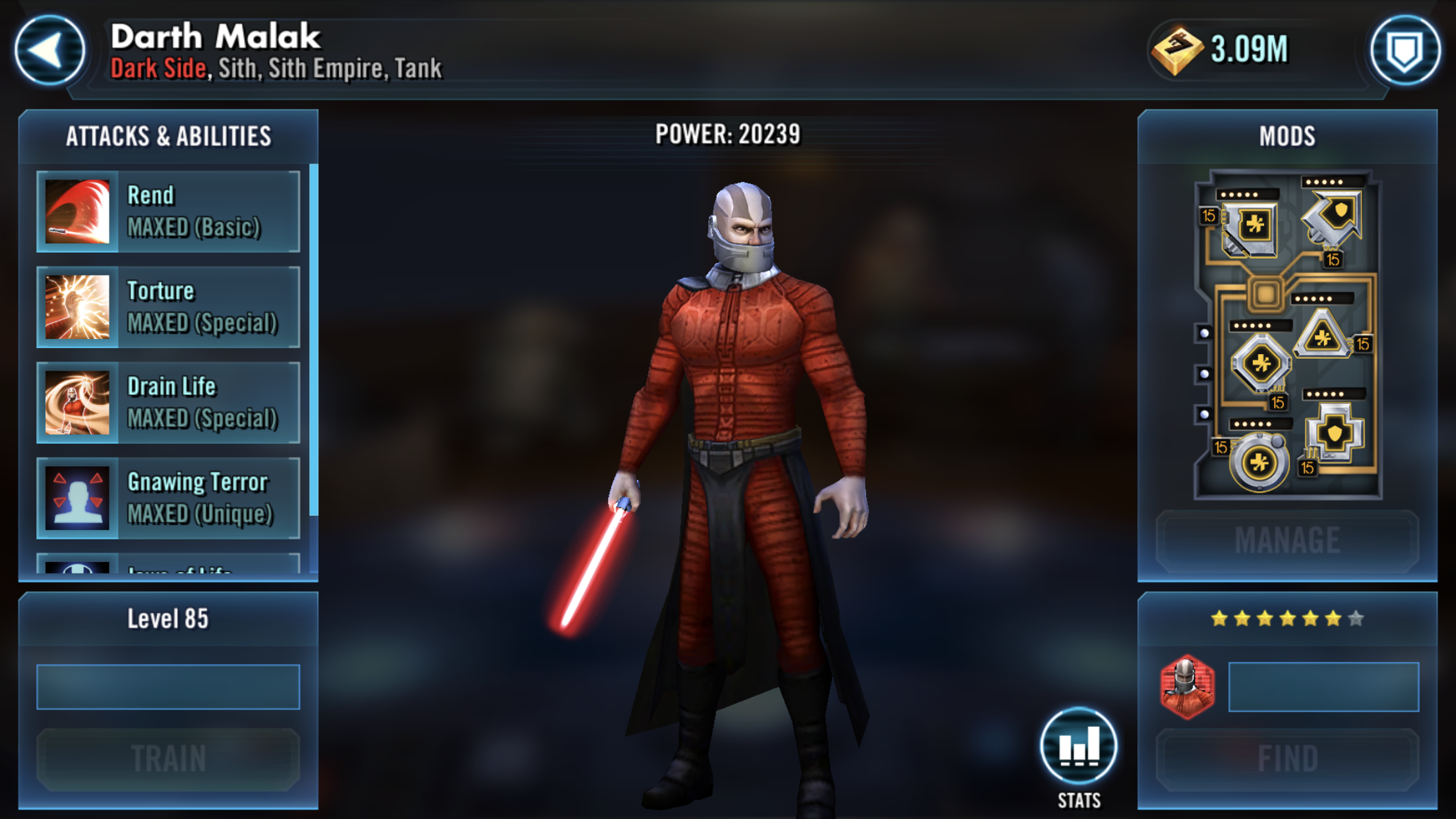 Then Lend your hero by the following rules:
> Post your ally code if your willing to share your Darth Malak with the community!
> What tables you have the lead set
> No additional text or the post will be edited/removed
0