NoLongerQuiet
20 posts Member
June 27, 2020 9:17PM
anyone ever see this? my GAC battle was bugged or something and i lost points. i had just cleared a CLS team, leaving only c3po... but instead of him poofing (escaping) and me getting the win, he is still there by himself and i lost the battle. 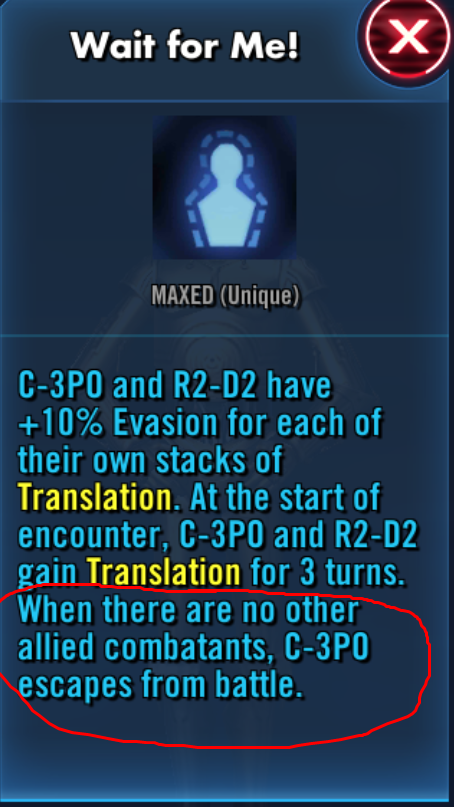