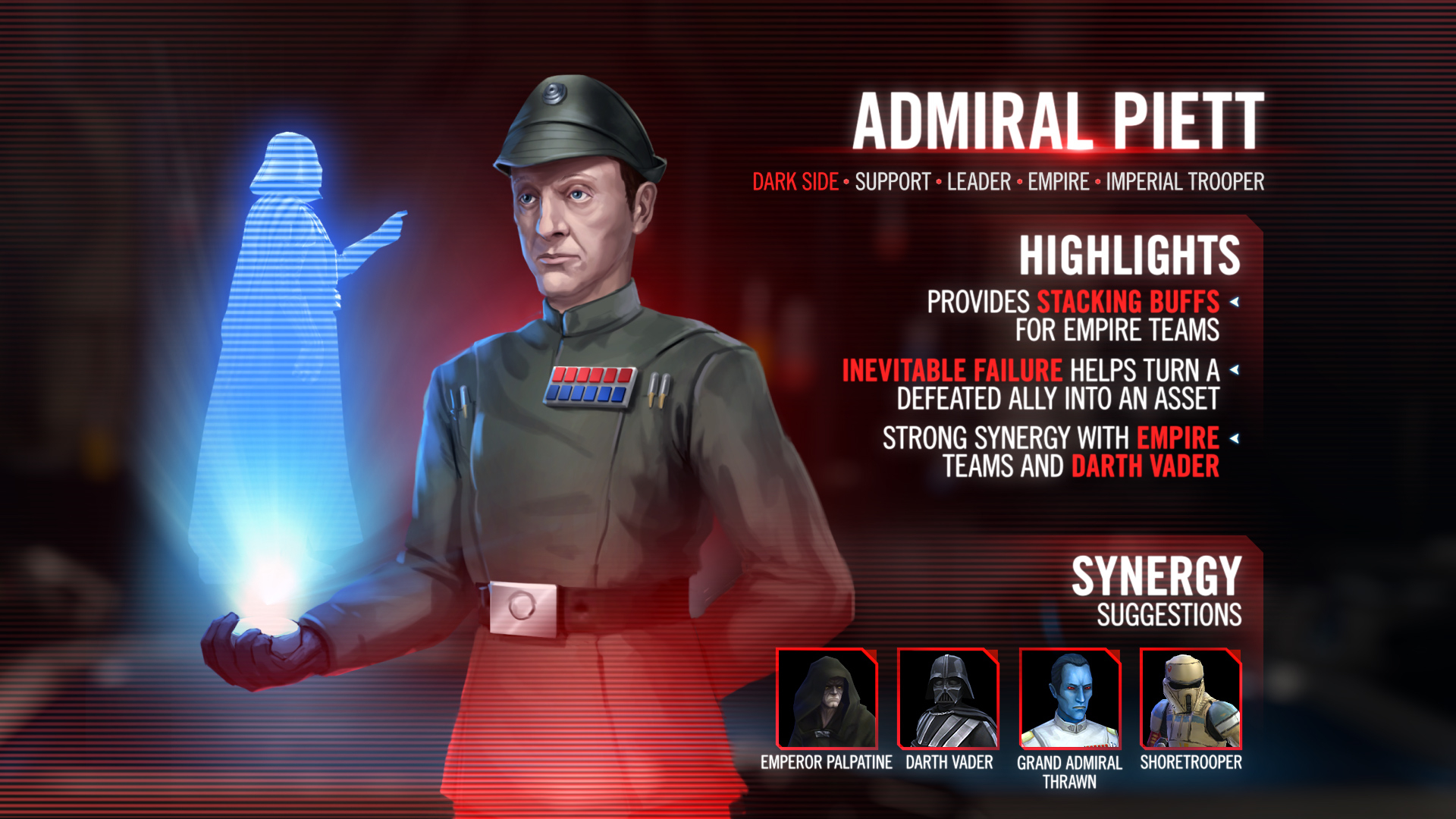 Inevitable Failure: Gain 1 stack when using an ability or receiving damage from an enemy; when defeated, grant Admiral Piett the following bonuses based on the defeated unit's stats until the end of battle.

FINAL TEXT: Empire allies have +30% Offense and Potency. Light Side enemies have -30% Tenacity and -15 Speed. When an ally with Inevitable Failure critically hits an enemy, they gain 1 stack of Inevitable Failure and Defense Up for 2 turns.

If Darth Vader is an ally: Darth Vader and Admiral Piett have +20% Accuracy, Potency, and Tenacity.

The Emperor's Trap: +6% Offense and Potency per stack