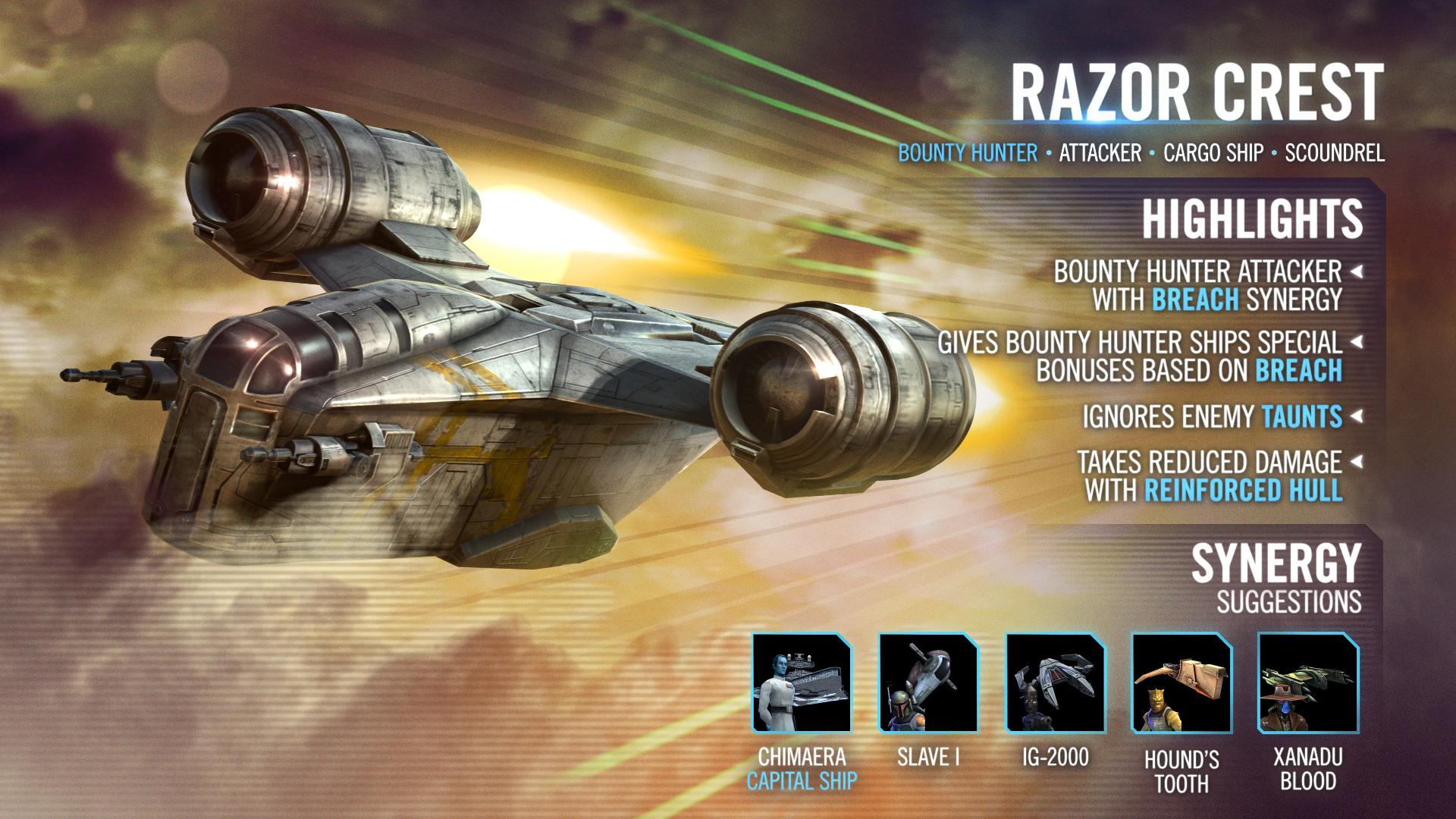 FINAL TEXT: Deal Physical damage to target enemy. If the enemy is Breached, inflict Marked for 2 turns, which can't be evaded or resisted.

FINAL TEXT: Whenever another Bounty Hunter ally uses a Special ability, they first inflict Breach on the selected target for 2 turns, which can't be evaded or resisted.

If a Marked enemy is defeated, reduce the cooldowns of active allied Bounty Hunter ships by 1.

While Razor Crest is active, Breached enemies have -30% Critical Damage.

FINAL TEXT: This ship ignores Taunt during its turn.