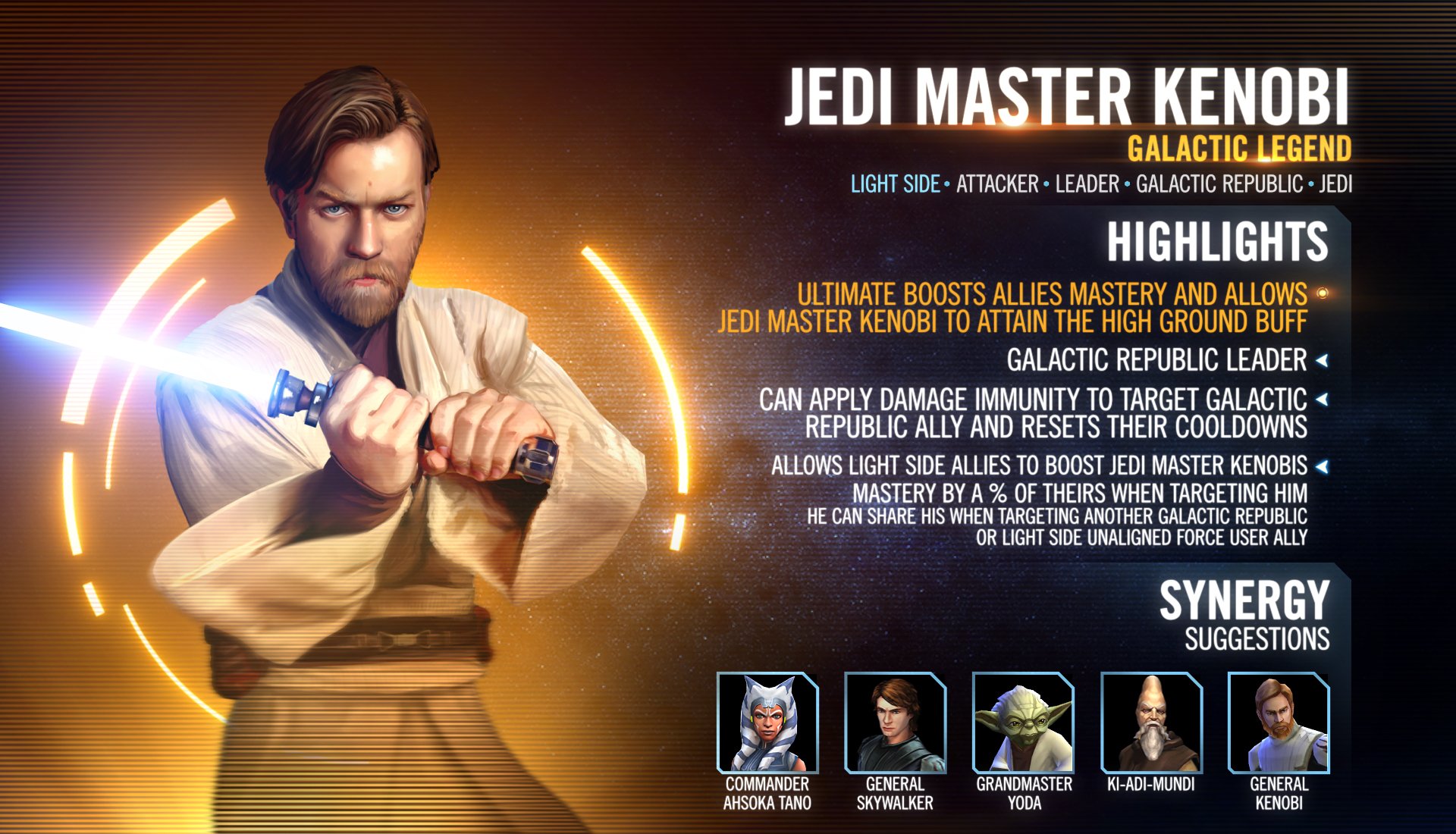 FINAL TEXT: (ZETA) Deal Physical damage to target enemy and, if the target was Dark Side, inflict Ability Block for 1 turn (excludes Galactic Legends). The weakest Light Side ally without Defense Penetration Up gains it for 2 turns. If this ability is used during Jedi Master Kenobi's turn, he gains 9% Ultimate Charge.

FINAL TEXT: (ZETA) Deal Physical damage to target enemy and inflict Vulnerable and Healing Immunity for 2 turns, which can't be dispelled or resisted. Call target Light Side ally to assist, dealing 50% more damage. If Jedi Master Kenobi was selected, he is not called to assist and instead gains 12% Ultimate Charge, doubled if he is the Leader, and this ability deals 50% more damage on subsequent uses (stacking, max 10 stacks).

FINAL TEXT: (ZETA) Light Side allies recover 40% Health and Protection and gain Foresight and Tenacity Up for 3 turns. Galactic Republic and Light Side Unaligned Force User allies gain Protection Up (20%) for 2 turns. Target other Galactic Republic ally gains Damage Immunity for 1 turn, which can't be dispelled, and their cooldowns are reset (excludes granted abilities).

Jedi Master Kenobi gains 1% Ultimate Charge (max 30%) for each buff on all Light Side allies.

Whenever another Light Side ally uses a Basic ability, Jedi Master Kenobi gains 3% Ultimate Charge, doubled if it was during their turn.

Unique 1: MAY THE FORCE BE WITH YOU