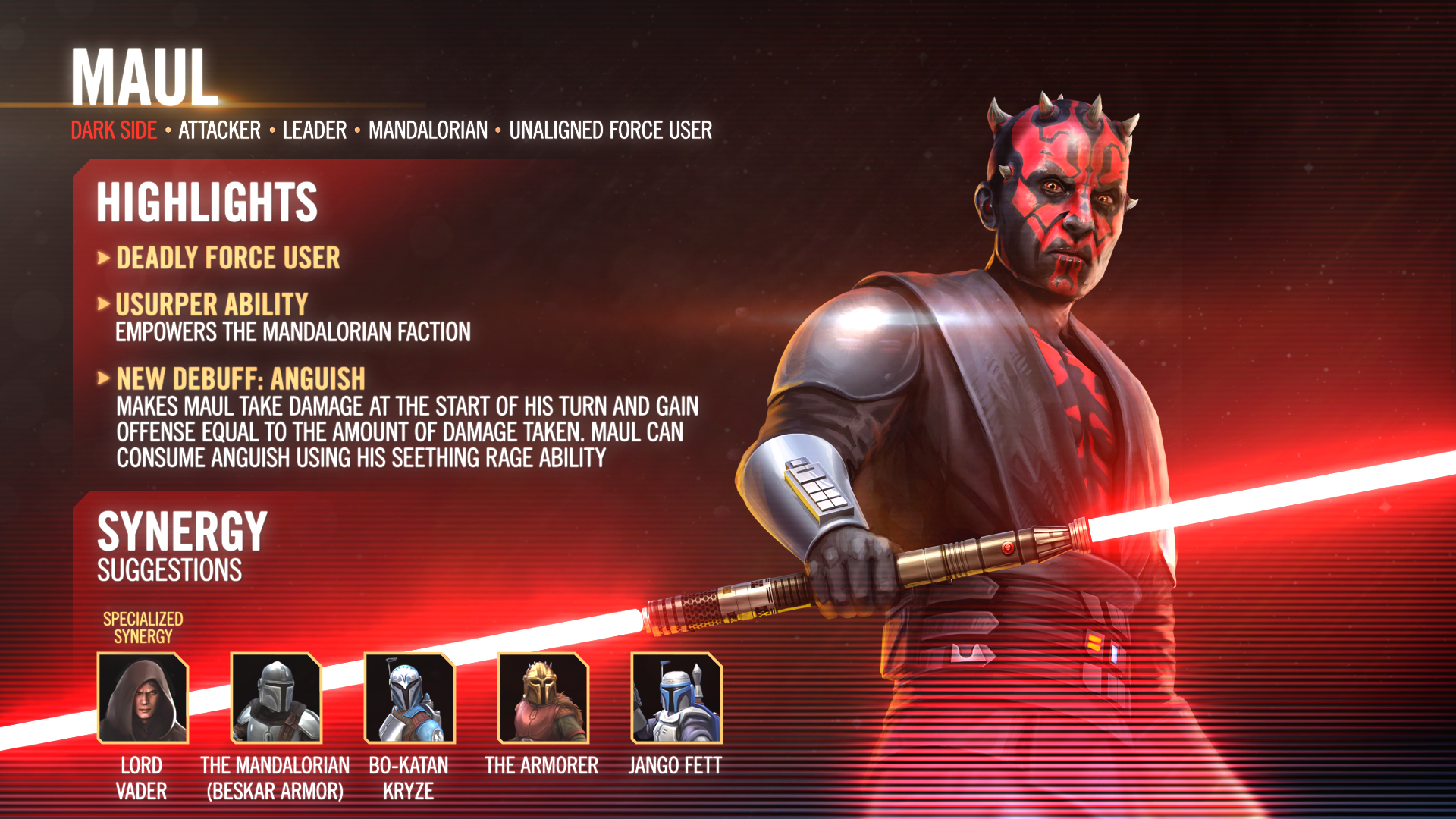 Anguish: Takes damage at the start of their turn equal to 2% of their Max Health for each stack of Anguish and gains that much Offense until the end of their turn; this character can't be defeated by this damage

FINAL TEXT: (ZETA) Dispel all buffs on the target enemy. Deal Physical damage to all enemies and inflict Offense Down for 2 turns. This attack deals 5% more damage for each buff dispelled.

Each time this ability is used, it deals 60% more damage on subsequent uses and increases by an additional 60% until Maul uses a different ability during his turn.

This ability can't be used unless Maul has Anguish.

Unique: BOUND BY HATRED
FINAL TEXT: (ZETA) Maul's attacks are unavoidable and he has +15% Offense.

At the start of battle, Maul gains Frenzy and Retribution for 2 turns and 3 stacks of Anguish (stacking, max 5), if there is an enemy Kenobi, Maul instead gains the maximum stacks of Anguish.