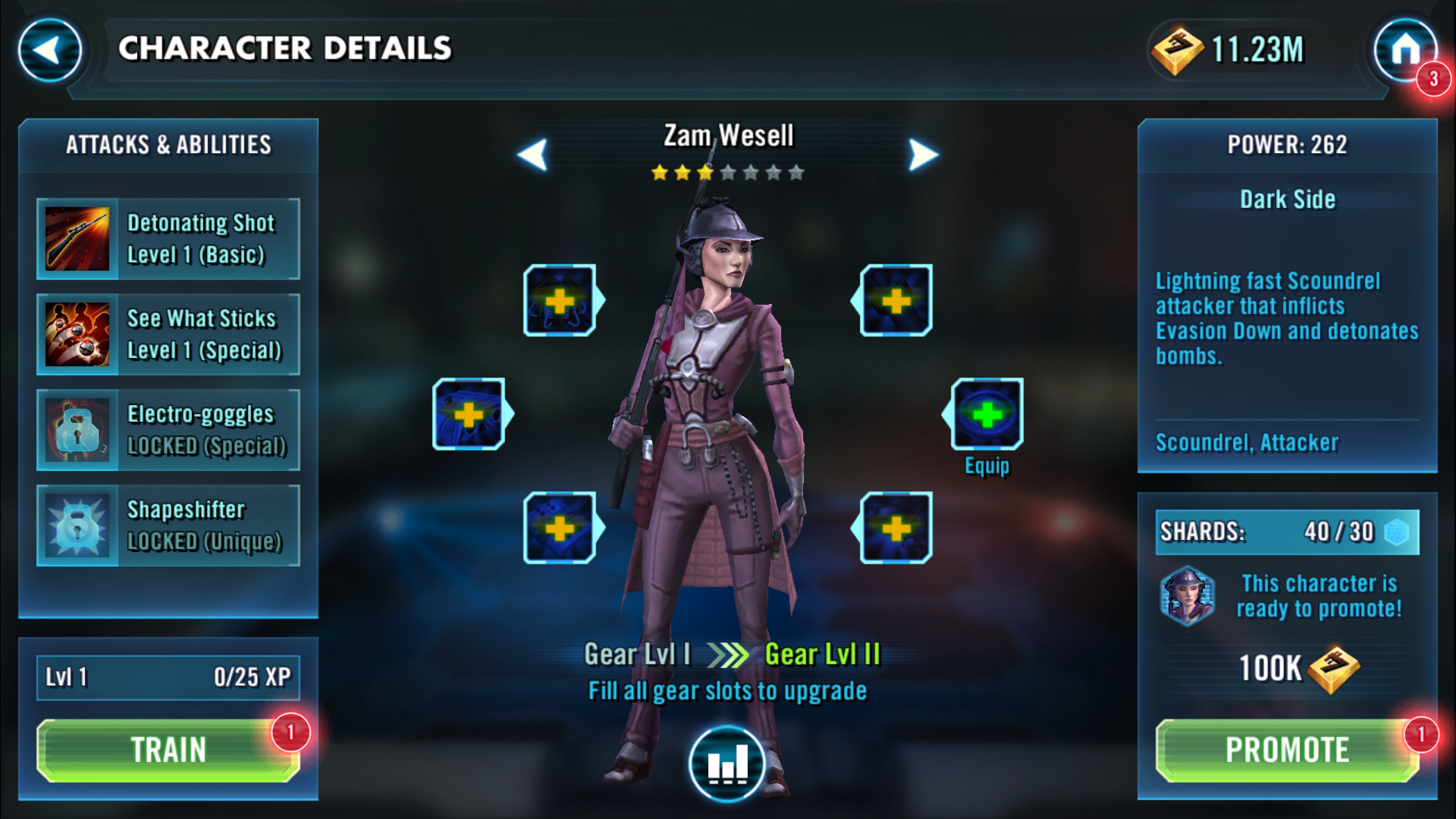 Zam Wesell is a champion of bomb detonation. Her basic attack can detonate any thermal detonators (bombs) currently on the target which will front-load this damage. In addition to this she also has the ability to expose and apply evasion down on enemy targets.

Hero Synergies
Where to Use
Zam Wesell brings an interesting flavor of self-sustaining survivability through evasion, while applying evasion down to enemy targets which will help a lot in arena against dodge teams. Being able to detonate bombs will increase her value in scoundrel arena teams due to being able to apply damage immediately.