This week I discuss the future of the First Order with CG_Miller and what role General Hux plays in reinvigorating this squad. What advantages can this ruthless military officer bring to the table? Read on to find out! 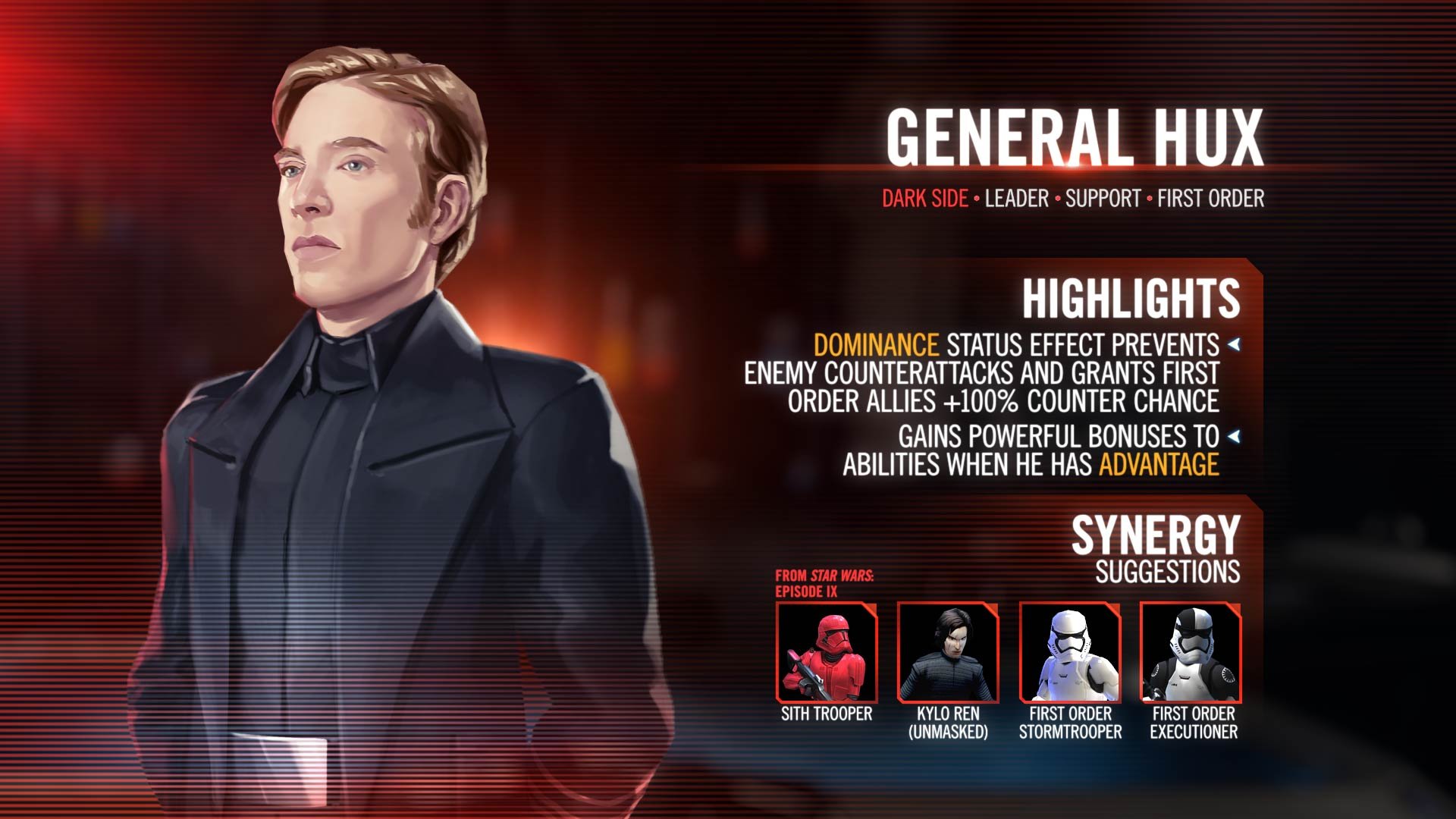 Q: Who is this General Hux guy?
Q: Why did we bring this character to the holotables now?
Q: Where did you get inspiration for the kit?
Q: What makes him unique?
Q: What is your strategy in battle?