Carrie
122 posts Member
March 28, 2018 8:01PM edited March 2018
In today’s dev blog, we are going to be sharing changes coming to the rewards for the daily login calendar. These changes will be effective starting April and moving forward the login calendar will follow a similar format. If you want to skip the reasoning and go straight to the punchline, I’ve included two pictures of what the daily login will look like on a 31 day month (below).
The corresponding in-game reward for today's post will be coming with a hotfix later today.
This update will be short and sweet and to the point. Here is the reasoning driving the changes:
P.S. We discovered an issue that affected some people’s in-game rewards that are meant to be paired with this blog. It had to do with people who were logged in during the time that we pushed out a small change that would allow them to receive the reward. If they stayed logged in when the reward came, they wouldn’t have picked up the fix. We have bundled an extra 75k credits into today’s reward, which will come later today with today’s update. We have seen a few issues if you log in to two accounts on the same device, so if you tend to log in with your alt account first, check the forums for the hotfix notes which should appear shortly before the actual patch and use your main login until you've picked up the rewards.
Moving forward, this problem should not occur, however at the end of this, if you happen to get your account in a state where you can’t receive rewards, please file a ticket at help.ea.com and we will work with CS to ensure they get granted. 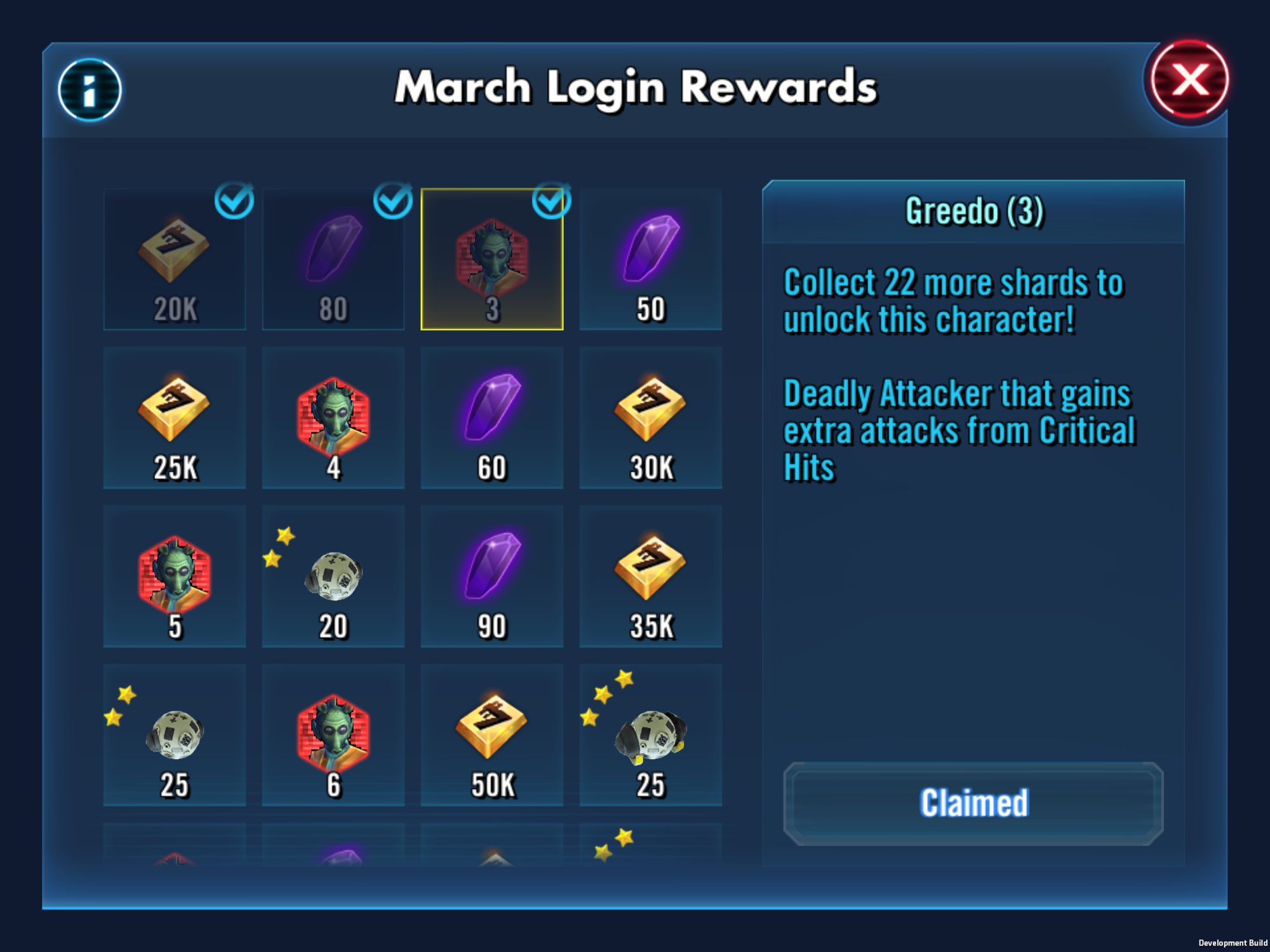 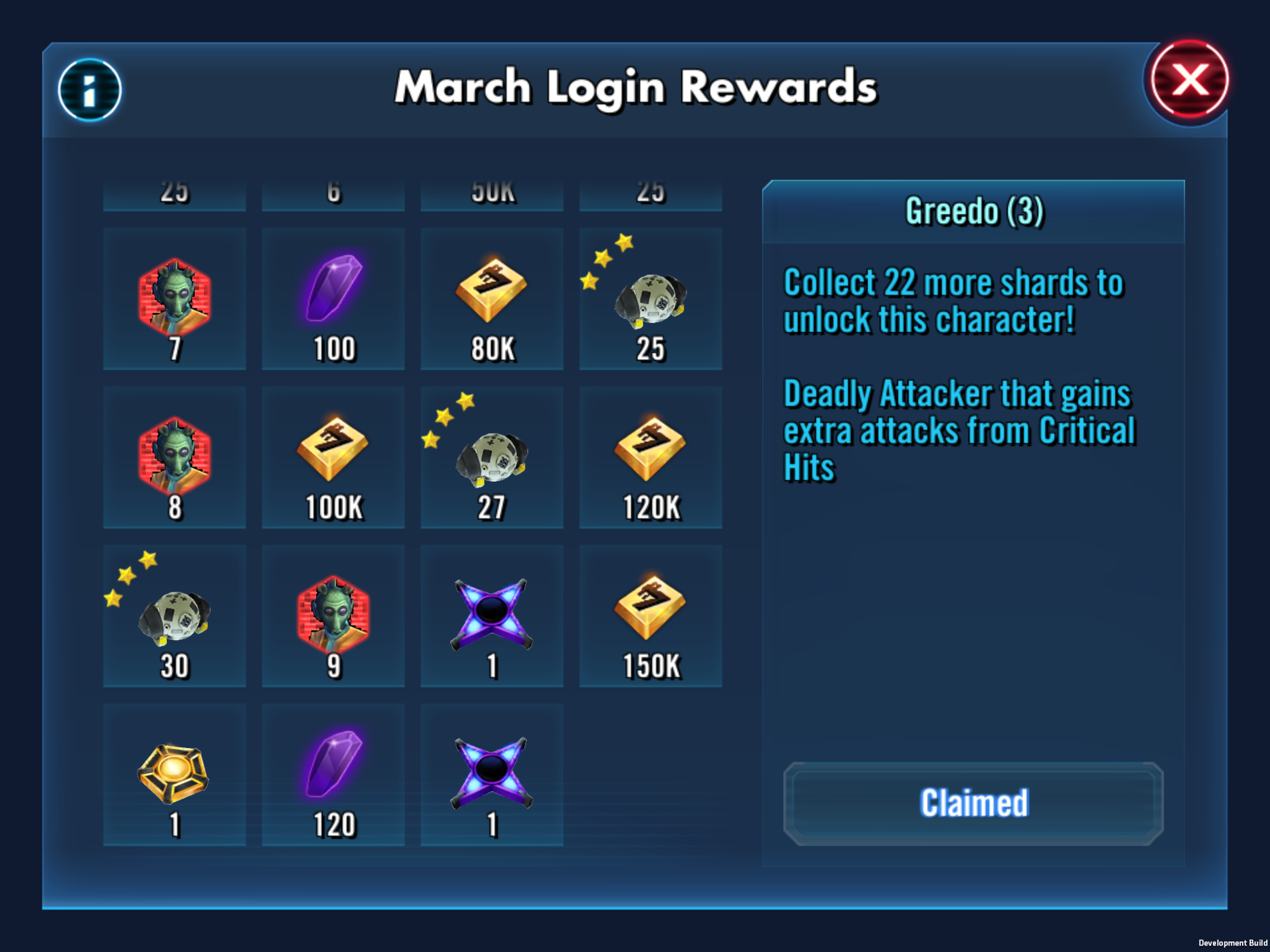 <<Megathread>>
Senior Producer, Galaxy of Heroes
Post edited by CG_Leviathan on March 2018
207
Reply to this topic
This discussion has been closed.