Dunedain
89 posts Member
February 22, 2019 6:43PM
This really has to stop....its absurd that a marquee toon becomes a platoon req in the middle of a TB, let alone the fact its a pay to play toon, preventing entire guilds from ever maxing platoons. 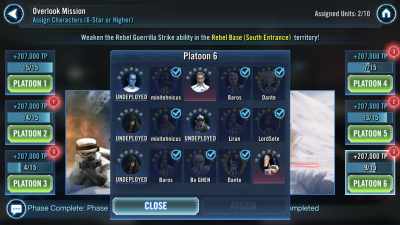